A New Middle East Narrative And A Manifesto For Change

While the Middle East is living through perhaps the most uncertain period of the past 30 years, our research and hands-on experience tells us that today’s three prevailing narratives of peace, climate action and future-focused investment herald a new phase of regional growth and optimism. 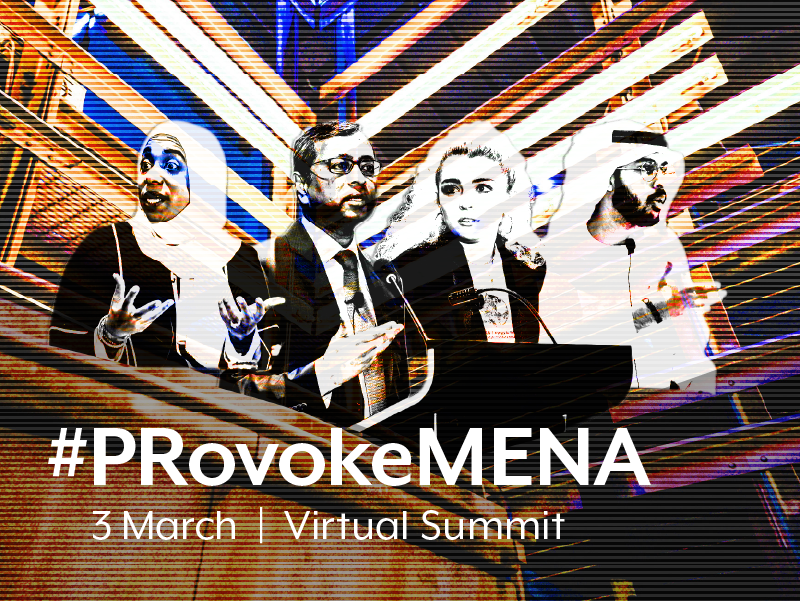 Three conversations preoccupy the Middle East today. The first concerns the new era of peace heralded by the normalisation of ties between Israel, the United Arab Emirates and the United States. The second is the increased focus of regional governments on both mitigating and adapting to the effects of climate change. The third discussion relates to the massive investment of state-owned entities in infrastructure and economic diversification.

As a consultancy rooted in the Middle East, ASDA’A BCW has closely documented the narratives that have shaped the region over the past two decades. Undoubtedly one of the most important of these concerns the region’s 200 million-strong youth population, by far its largest demographic, whose hopes, attitudes and aspirations have been carefully mapped in our Arab Youth Survey annually since 2008.

While the Middle East is living through perhaps the most uncertain period of the past 30 years, our research and hands-on experience tells us that today’s three prevailing narratives of peace, climate action and future-focused investment herald a new phase of regional growth and optimism.

The fourth annual #PRovokeMENA Summit on March 3, under the theme ‘Reset’ is a call to the Public Relations (PR) industry in the Middle East and North Africa region to explore how it can adapt and thrive in a profoundly changed media and economic landscape.

I am honoured to open and moderate the inaugural panel discussion and I will be joined by Rania Rostom, Chief Communications Officer - GE International Markets; Mazen Nahawi, Founder & CEO of CARMA; and Vasuki Shastry, strategic communications, ESG and public affairs expert.

The panel will explore how the PR sector can leverage the increasingly important role that the region plays in the global economic and political discourse.

The Middle East’s courage to reinvent itself in the face of conflict, climate change and economic uncertainty deserves not only our admiration but also our unwavering support. It is incumbent upon all players in the region’s PR sector to communicate the region’s deep reserves of courage and confidence to international audiences, while helping to position the many outside companies and investors seeking to gain a foothold in the Middle East. We have been beneficiaries of the region’s success. Today we are stakeholders in its future transformation. Amplifying the region’s three dominant positive narratives – peace, climate action and investment – must be our shared manifesto.

The signing of the Abraham Accords between the UAE, Israel and the United States was the first public normalisation of relations between Israel and an Arab country since the settlement between Jordan and Israel in 1994. This was followed by further agreements with Bahrain, Morocco and Sudan, prompting the US to remove Sudan from its list of state sponsors of terrorism. This historic rapprochement with Israel has coincided with reconciliation between the Gulf states of Saudi Arabia, the UAE and Qatar. Across the region, even in some of its worst conflict zones, the focus is shifting from confrontation to rebuilding.

While oil & gas will continue to be the mainstay of GCC economies for the foreseeable future, all Middle Eastern countries are now committed to accelerating the adoption of cleaner power sources.

Saudi Arabia has pledged to generate half of its electricity from renewables by 2050. A long-standing sustainability pioneer in the region, the UAE commissioned phase one of its Barakah Nuclear Energy Plant last year, with a capacity of 1,400 megawatts of emissions-free power. Qatar is particularly well positioned to meet growing global demand for natural gas, a vital transition fuel for nations looking to diversify their energy mix.

As the source of the world’s most cost-efficient and least carbon-intensive fossil fuels, the Middle East will play an essential role in enabling an orderly transition to the low-carbon global economy of the future. At the same time, it is destinated to be a global renewable energy player, already home to many of the world’s largest and most sophisticated clean energy projects.

It can therefore be expected to have a strong voice at the table during the COP 26 climate meetings in Glasgow in November, which are preparing to welcome the return to the global climate movement of the United States, empowered by President Joe Biden’s Green New Deal. With Abu Dhabi and Abu Dhabi already emerging as sustainable investment hubs, both government and the private sector in the Middle East are actively embracing environmental, social and governance considerations in their investment and business decision-making.

The new spirit of optimism detectable in the region in the wake of the COVID-19 pandemic will not take hold without concerted investment. Accordingly, regional governments have pledged massive spending on a slew of economic diversification and infrastructure projects, the prime example being The LINE in Saudi Arabia, a new 170-kilometre zero-carbon urban development without roads or cars.

Fuelling much of this staggering investment are the region’s sovereign wealth funds, including Saudi Arabia’s Public Investment Fund, which has pledged to double the value of its assets under management to more than US$1 trillion, and Abu Dhabi’s Mubadala, which is expected to double its investment outlay to US$500 billion over the next decade.

Despite the unprecedented upheaval of the past year, the Middle East will also soon resume its role as host of the world’s most prestigious events. The UAE is gearing up to present both Expo 2020 in Dubai, delayed but by no means derailed by the pandemic, and its Golden Jubilee celebrations later this year. Qatar will stage the FIFA World Cup in 2022, while Morocco will convene the IMF-World Bank Meetings in the same year.