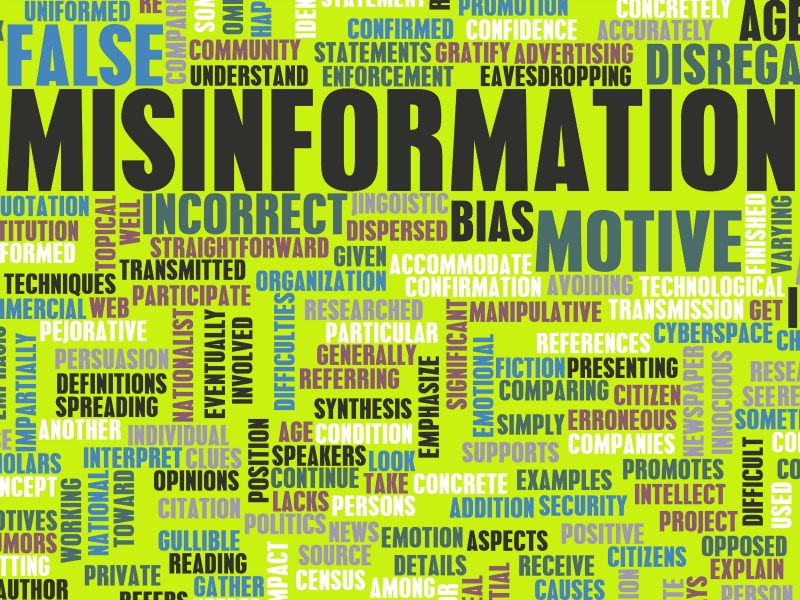 I Want To Believe: Understanding Misinformation And Digital Tribes ​

Our psychological biases are being amplified in new ways through our digital social media diets — with extraordinary consequences for companies, brands and the people advising them.

In our final article in the Predictive PR series, we explore the digital mob dynamics that companies and individuals can encounter today, and how they can best understand and respond.

First we should be specific about the change that’s happened in the past decade. Much of our media consumption today is digital: via apps, social networks on phones, tablets and computers, all are optimized to keep you “engaged.”

This means a few things: our media diet is personalized - constantly reinforcing our existing beliefs and preferences, often leading with the most emotionally charged content. It’s social - constantly exposing us to the views of those we follow and befriend. And it’s persistent - many of us check our phones and networks dozens, or hundreds of times a day.

These dynamics appear to be bringing new risks for brands operating in areas that touch on political issues, where people have ever stronger, group-defined perceptions, and are often willing to discount any facts that contradict those perceptions.

I like to imagine a company producing juiceboxes in 2009, all they had to worry about was marketing the juice and distribution.

Try running that juice company in 2019:

Today, a subject that was previously only controversial to a small group of people - such as plastic straws, the source of orange juice, or the gender balance on the factory floor - can expand to a critical issue for a much wider population with remarkable speed.

Groups Don’t Care about your Facts

Scientists at the Social Perception and Evaluation Lab at NYU have shown that if demonstrating a belief helps you win inclusion in a social group or is consistent with your political identity, you’re far more likely to start to believe it. If your friends say Frank is bad, your mind will start to come up with reasons to hate Frank.

Groups are also not interested in facts that challenge their strongly held shared beliefs.

In August 2019, forest fires in Brazil became the biggest news story in the world for over a week. According to NewsWhip data, the English language stories garnered over 42 million engagements collectively.

The story was triggered by reports of more fires in the Brazilian Amazon in August 2019, than in the same period in the previous year. These reports were dramatically amplified by images and statistics, such as pictures of the forest fires, and a globally circulated claim that the Amazon rainforest produces 20% of the earth’s oxygen.

These pictures and claims were arguably a kind of misinformation. The most shared images were of unrelated forest fires, with French President Emmauel Macron and others sharing images of fires from 20 years ago, and even included photos of forest fires in Sweden, California, India and Montana. The oxygen claim also appears to be false. (The Amazon is more-or-less oxygen-neutral.)

Some news stories were published challenging the misinformation and factual issues around the reaction to the forest fires - but our data shows that the “debunking” stories got less than 0.1% of the circulation of stories making more bombastic claims.

This is perfectly understandable. No one likes a party pooper. When we feel strongly about something, as many of us do about the environment, we are not interested in facts that contradict our beliefs and our sense of urgency about them. Researchers have found that people can discount other beliefs when faced with counter-evidence, but are resistant to discounting beliefs about politics and political values - which today would include environmentalism.

This is important for companies and individuals who face controversy. If a company finds itself accused of environmental or labor problems erupting from a pivotal moment, it might respond in its defense with facts - such as that its workers are well paid, or that its ingredients are sourced in a sustainable manner.

But even a careful factual response to a controversy might receive zero pickup with a group strongly motivated to distrust anything that counters their beliefs. Combine this with ideologically aligned, personalized media channels, and you may have a recipe for both your facts not mattering, and not even reaching an audience at all. Based on the Amazon example above, a compelling half truth might get 1,000 times the engagement and impact of a boring fact.

First, professionals should understand the scale of any emerging issue. As we detailed in “From Postmortems to Predictive PR”, when a PR professional knows the engagement trajectory of a story, they can shape a smarter response.

Some crises remain localized to small group. As Marshall Manson of Brunswick Group said of such a situation:

Recently, a global business was facing a highly critical report from a well-known international NGO. They feared a tidal wave of bad media coverage all over the world that would disrupt their activities and erode sales. But within minutes after the report was released, predictive analysis told a different story. People weren’t reacting. There was little anger, except from constituencies directly connected to the NGO.

To confidently reassure a client that a given story will not break out of a small echo chamber is tremendously valuable, as it quantifies the problem. Even as the tremors start, you know it will only be a three on the crisis Richter scale.

From our work with PR firms providing data on nascent issues, we estimate that only a small percentage of potential crises turn out as badly as executives feared.

Of course, in the case of the Brazilian rainforest fires, our data would have suggested otherwise: the massive scale of the world’s reaction to these fires was likely to drive a political response. As the biggest news story in the world on social media for over a week, this was a nine on the Richter scale.

Next, when scale is understood - we must understand which audience is engaging with the content, and how they are engaging. This can be clear from the outlets covering the story, scale of engagement, and engagement type. Some echo chambers are big, but well sealed.

For example, our real time data was used by a PR Agency advising the CEO of a brand that had pulled their advertising from a problematic, high profile, TV current affairs show. The decision to pull ads was met with a loud and angry reaction, with articles attracting hundreds of thousands of engagements on Facebook.

The brand’s CEO wanted to know if he should issue a follow-on statement. Using real time and predictive data, the Agency noted a few factors: (i) the scale of the reaction was smaller than in other similar controversies, (ii) engagement on it was isolated to angry pieces on politically partisan websites, and (iii) the reaction had spiked quickly, and then dropped off. Together, this data indicated a storm in a particular part of the information ecosystem - and one that had already passed.

In those circumstances, the firm advised that a statement would only reignite and expand a dying negative story. Also, a statement might not have much impact: partisan audiences would probably only see any statement from the company through a partisan framing and lens. Based on this data-informed advice, the CEO decided to let it pass.

Had the story spilled into the mainstream, or started getting significant or sustained traction outside partisan media, the advice might have been different. Data can make the advice to act, or not to act, far more precise - and valuable.

Recently, a PR firm was advising a consumer food brand following a media misunderstanding about the brand’s mascot, leading to an initial few media reports, which started to increase in number, and attract substantial engagement.

The in-house communications team at the brand thought the misunderstanding was a non-event, and self evidently not important.

However, the PR firm saw from NewsWhip data that the stories were worth paying attention to. The engagement was both high in volume, but also in emotional intensity - with many Facebook “reaction” indicating strong responses. The story broke from local media, to national media, then to mass market lifestyle media, gathering momentum. It became clear that a response was in order, specifically a personal response that respected the emotions involved in the story.

Following their PR firm’s advice, the company crafted a social media response, and then reached out to all the writers whose stories on the topic were receiving engagement. The stories were updated to include the social media post, and the trajectory of the story was corrected into a more positive direction.

People have moved from their TV and newspaper to a personalized, socialized pocket screen, with effects we are only starting to understand. This phenomenon is happening in - and possibly driving - a politically intense period, which is showing no signs of softening. Consumer brands will continue to be caught up in this tumult, along with our media, society and ballot box outcomes.

Brands will put a premium on smart advice for navigating the volatile digital tribes. This advice will be better - and more credible - when informed by granular, accurate and predictive data on what’s really happening outside today.


Paul Quigley is co-founder and CEO of NewsWhip. The Holmes Report partnered with NewsWhip on a multi-part series that explores the intersection of PR, predictive analytics and fake news. The full series can be accessed here. 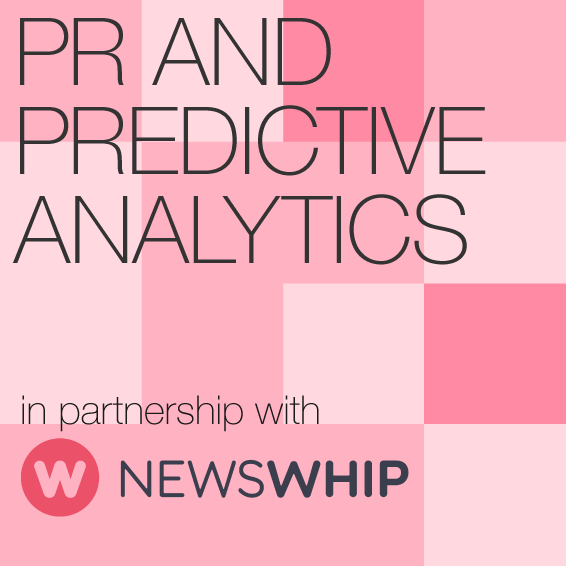