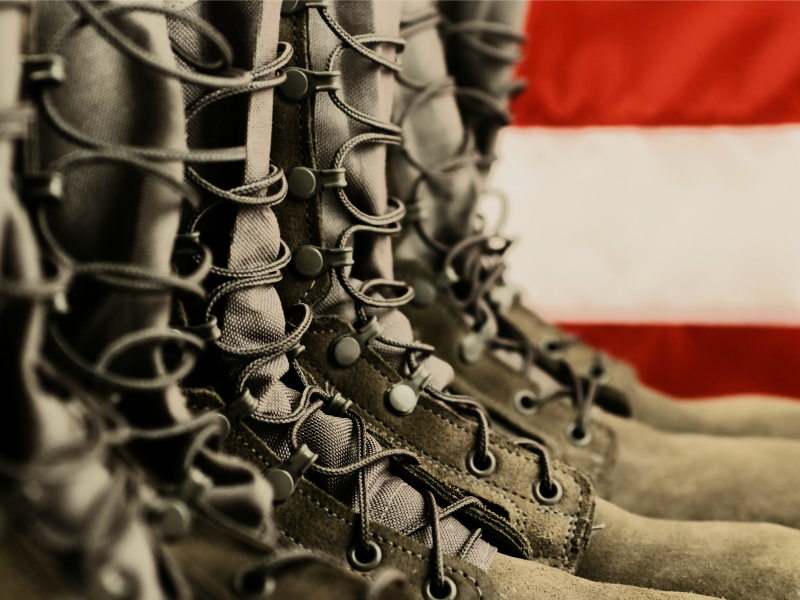 Diversity of people and perspective, welded together by common values and priorities, is what delivers decisive, sustainable advantage amidst the fog of war.

By Mark Stouse, CEO/founder of Proof


During the 1990s, I founded a specialized defense industry company that did a lot of consulting with militaries around the world. Our focus was on improving the velocity with which military power could be exerted on the battlefield – individually, organizationally, and ballistically.

Because of what our company did, we often worked with elite organizations like the US Marine Corps and the British Parachute Regiment, as well as a myriad of special forces units.  One of the advantages of this work was that it placed all of us in very close proximity with a large number of trained leaders.

These officers and NCOs – at Quantico, Hereford, Munster and many other places – poured leadership lessons into us, into me. In one instance, I recorded the statements made during a major exercise by a staff sergeant in the US Marine Corps. Some of those are included in this op-ed.

Even 25 years ago, these units were pioneers in bringing together two seemingly opposing ideas -- diversity and unity – to enhance their ability to deliver decisive power in the battlespace.  In doing so, they also doubled down on the idea that “to Command is to Serve.” These values and approaches have been tested in the ultimate crucible of life and death, and they have much to teach us.

“I know it looks to you like the United States Marine Corps has placed 28 men of all types under my control for the purpose of achieving multiple missions. But the truth is that I am here to help them figure out what we need to do. I need these men. I need their ideas, their differences, their disagreements.  If I make them all into Marines just like me, with perspectives just like mine, I have created a big single point of failure. And that means some of us won’t come home.”

Elite military units learned the hard way that applying traditional ideas of uniformity to their members meant surrendering a lot of power and perspective – two of the biggest keys to both victory and security.

Today, you could say that diversity is sought after in these units in the same way that you would mine for gold or diamonds.  Why?  Because it protects again mistakes and blind spots. It wins battles. It brings everyone home. Diversity of people and perspective, welded together by common values and priorities, is what delivers decisive, sustainable advantage amidst the fog of war and keeps people alive in a space that actively conspires their deaths.

“My platoon is strong because everyone in it has lived different lives because of who they are. That means they’re going to see things that their buddies will miss, and they’ll all share it out as Marines who understand that victory and coming home are what’s important. They know that because they were trained at Parris Island or Pendleton to understand what is and what’s not important, not how to think or what to believe.”

Elite military units also understand the correlary to maximizing the value of diversity, and that is unity around the right things.  Gone are the days where militaries sought to completely subsume individual identity into cogs in a huge monolithic whole defined by uniformity of clothing, command structure, regulations and doctrine.

Unity in the military world is built around ideals and values that transcend individuality and diversity.  Ideals like duty, responsibility, honor, courage, victory, and paradoxically to some, life.  The two cardinal values of most democratic national militaries are victory and returning home alive and with honor.

These twin missions umbrella every military professional, but leave lots of room for diversity of doctrine and action, both in and out of the battlespace.  This is important because there is no more chaotic and disturbed space in the world than a battlefield.  The battlespace is a giant paradox in which plans are crucial starting points that still never survive the first shot.  Diversity of thought and the freedom of every soldier to change the plan based on changes in the battle are the cornerstones of modern military victory.

“I know it seems to you that I boss everyone here, and there is some of that. These are young people, and they need motivation sometimes. But the truth is that I serve them, they don’t serve me. My job is to get their very best and to put it together with the very best of every other Marine so that we win and we come home. That’s it. I’m a staff sergeant in the United States Marine Corps – hoorah – because I’ve learned how to do that, not because I am some sort of omniscient divine being on this here battlefield.”

Leading a diverse organization is much harder than leading one that is uniform in makeup, thought and action.  But elite units – and increasingly the larger organizations into which they fit – adhere to a revolutionary idea about leadership, and that is that “to Command is to Serve.”

The exercise of command authority will always be necessary is any organization, military or civilian.  But in these elite units, leaders see their roles not in terms of traditional leader-centric authority, but rather as holders of the extraordinary power to help every person in their unit make the greatest possible contribution to the team.  In other words, they do not exist to magnify your power and reach.  You exist as a leader to magnify theirs.

What this means for Marketing and PR Agencies and their Clients

I spent the first part of my career as the top marketing and comms leader in large companies. Today, I’m the CEO of an analytics software start-up that helps business and marketing teams compute and confirm their business impact. I learned a lot from my early work with militaries around the world, and I put these lessons into practice for a lot of reasons, ranging from raw altruism to enlightened self-interest.  These take many different forms but here are several that experience has taught me are crucial:

Putting these priorities into action delivered hugely decisive benefits for me, my colleagues and the companies I was a part of.  As a result of pursuing Unity in Diversity, we won many more of our battles than we lost. People’s lives and careers flourished and advanced. Teams transformed into comrades.

In the end, the best part was that we didn’t just make a difference. We made a big difference, and people were glad we had been there.  And that’s what you want.

Mark Stouse is CEO/founder of Proof Analytics, a collective intelligence and computing platform that helps you and your organization prove and improve your business impact.