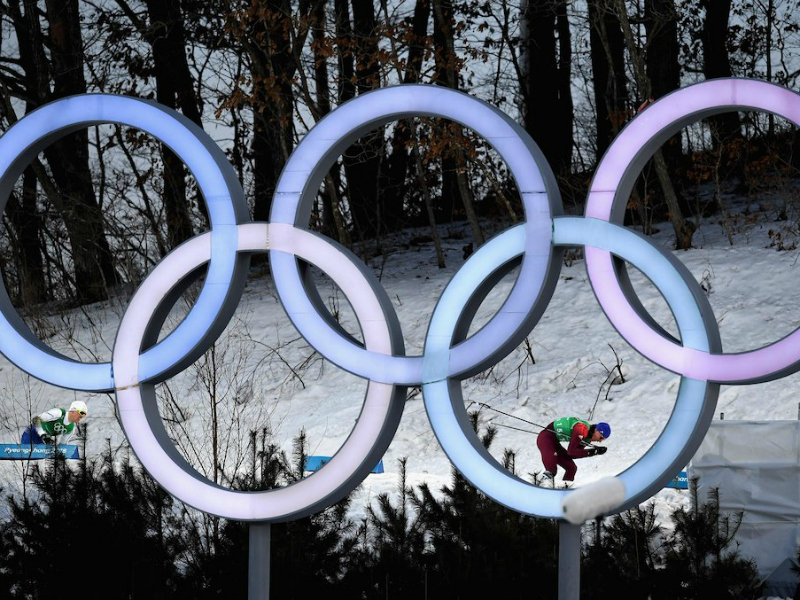 Intel and Samsung’s successful tech-themed activations may hint at a successful blueprint for brands in Tokyo 2020.

The Olympic Games not only bring athletes into the international spotlight, but brands as well.  While being an official sponsor of the games gives certain brands a major platform, it is still up to them to take advantage of the global audience through creative and engaging campaigns.  Big name brands like Nike and Coca-Cola are no stranger to the big stage, but it’s newcomer Alibaba who is using their sponsorship as an opportunity to introduce their brand on a global level.  Alibaba’s inspirational commercial with the Kenyan Ice Hockey team, in addition to their grand pavilion setup in Pyeongchang, is playing a strategic role in growing brand awareness in across new markets.

Samsung and Toyota also garner a large Share of Voice among Olympic sponsors.
Toyota, along with their strong roster of sponsored athletes, launched their Olympic campaign early by airing two relevant commercials during the Super Bowl. Samsung, a South Korean company, is taking on an even larger role given their already enormous presence in the host county. In addition to supplying all athletes with a Galaxy Note 8, Samsung is showcasing new interactive technology including simulated snowboarding and cross-country skiing competitions for fans, as well as a virtual reality "space mission" designed to let guests experience the feeling of lunar gravity.

However, Intel’s drone and light show at the Opening Ceremony is what has made them the most talked about brand at the Olympics thus far.  Intel’s Winter Olympics light show featured a record-breaking 1,218 drones, a world record for the ‘most unmanned aerial vehicles airborne simultaneously’.  Intel has also been showcasing a 300-drone live performance each night at the medal ceremony, giving spectators plenty to talk about.  Additionally, Intel’s VR telecast definitely drives some of their social conversation, but the drones are really what is generating the majority of Intel’s engagement on social.  The drone show and daily performance at the medal ceremony is much more conducive to social imagery which gives it a boost.

Intel and Samsung’s successful tech-themed activations may hint at a successful blueprint for brands in Tokyo 2020. 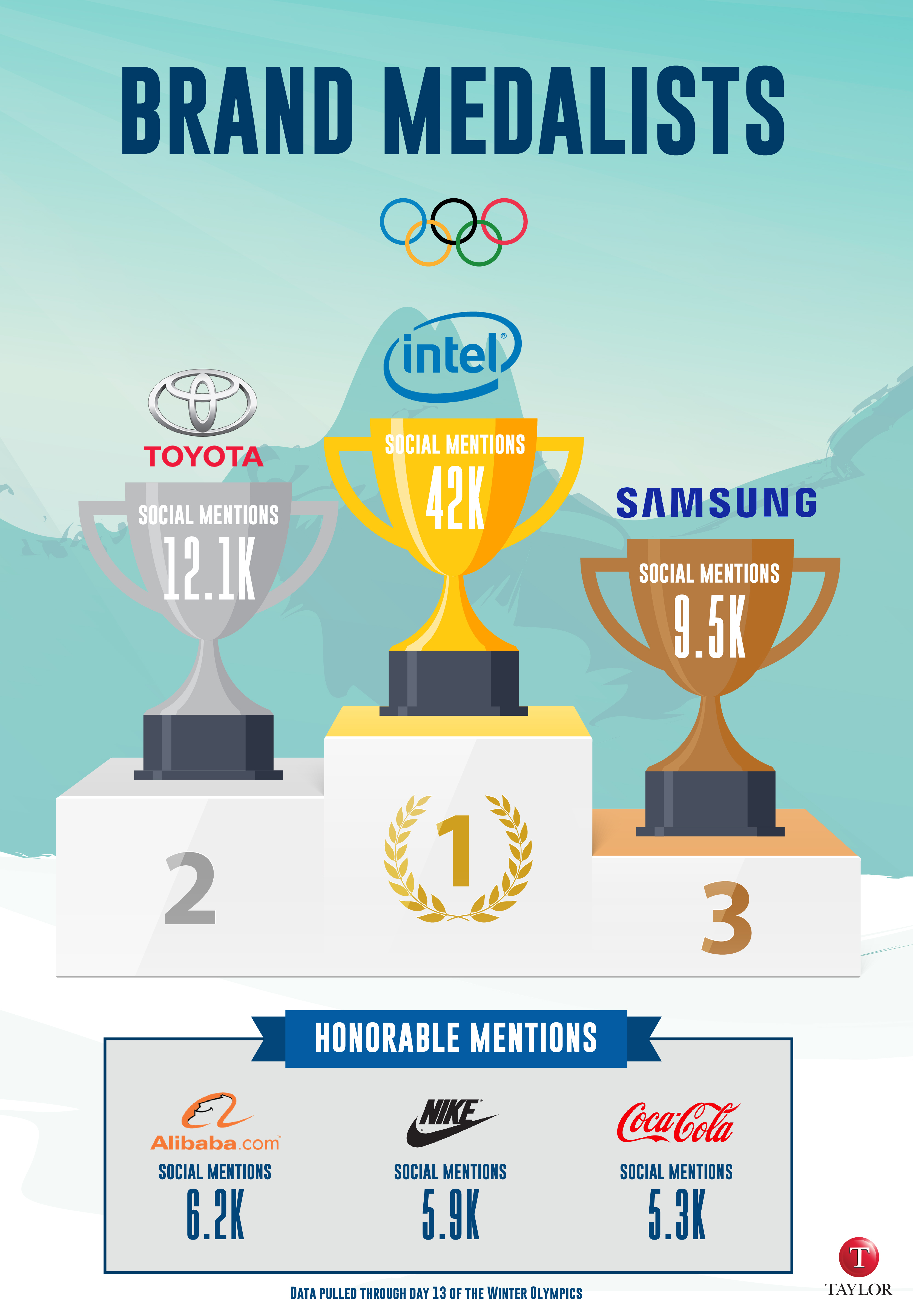