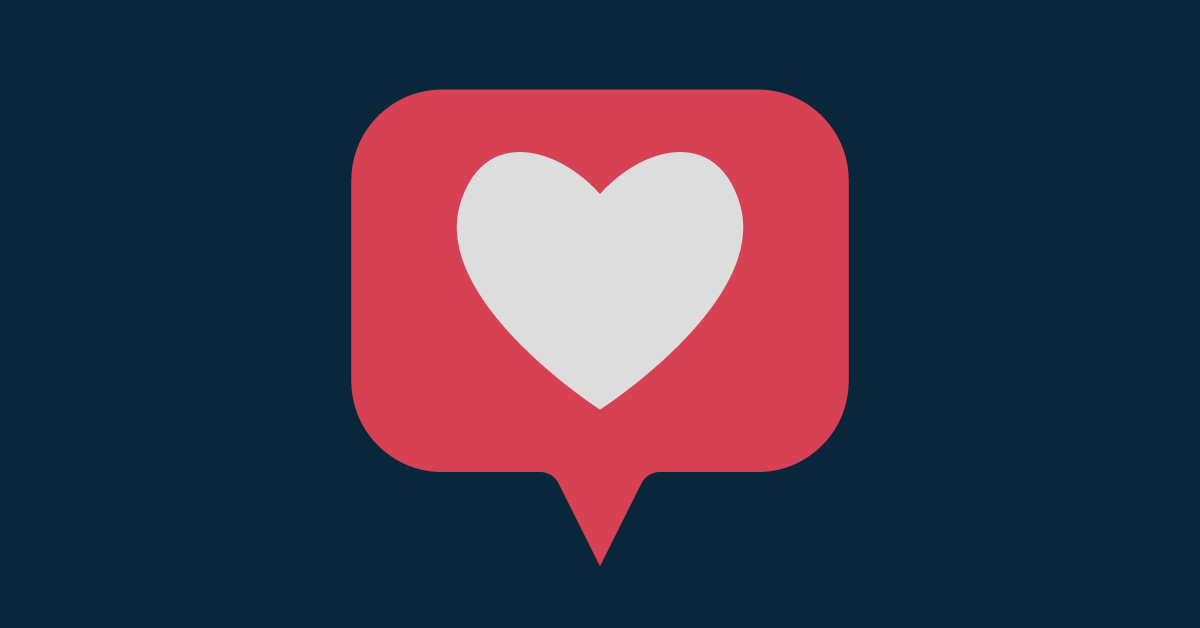 The Tyranny Of Likes. Or Maybe Not...

Getting likes has become a fundamental part of life for those who spend their time online—and that number is now 4.4 billion people, or 57 percent of the planet.

The woman (young, beautiful, blue eyes and 2 perfect blond hair) always smiles. In public she walks (you might say glides), impeccably dressed, phone in hand, giving out real compliments and virtually rating everyone she interacts with. She’s attentive, friendly, congenial, trying to be liked by everyone. Her life revolves around a social network that dictates the rules: the higher the rating, the greater the prestige. This rating goes from zero to five and is calculated from the average scores others give you. This number dictates your job, your home, your friends... To give one example: You can only own a luxury apartment if your rating is over 4.5.

When she’s alone, Lacie rehearses different reactions in the mirror, reactions that must come across as spontaneous, showcasing the anxiety of living under the weight of other people’s expectations. She is the protagonist of the episode titled “Nosedive” in British TV series Black Mirror, which speculates on the social consequences of technological developments. This young woman plummets from the top of the pyramid to the bottom, where she finds herself on the same level as society’s outcasts. The aesthetics of the episode also help carry off this metaphor: The 63-inute episode is done in pastel tones, as if it were all happening under an Instagram filter.

Lacie embodies a “satire about accepting yourself, about the images of ourselves we want to convey and about the way others see us,” explains Charlie Brooker, the author of this story. Brooker believes that, like Lacie, “we’re all a bit false.” He also adds that “we’re all a bit scared,” as his story clearly isn’t set in the future, but rather in the present day.

A few months after this episode aired, Wired magazine reported on Zhima Credit, a “personal credit” system linked to Alipay, the leading mobile phone payment system in China. It is remarkable because it works based on each user’s consumer data. As in the Black Mirror episode, a low rating indicates a second-class (in the best-case scenario) citizen and a high rating gives access to countless privileges, including a short-stay visa for a European country.

But there’s no need to use such an extreme example to show that getting likes has become a fundamental part of life for those who spend their time online—and that number is now 4.4 billion people, or 57 percent of the planet.

According to the Global Web Index, users spent the equivalent of one seventh of their waking lives on social media in 2019, or 2 hours and 16 minutes a day (one minute more than in 2018), accounting for close to a third of the total time they spend online. Or, looking at it another way, in 2019, one million people access their Facebook accounts, 4.5 million people watch a YouTube video and 347,222 people scroll through Instagram every minute. It’s undeniable that social media is now at the center of relationships for most people, and all the more so in terms of the relationship between brands and consumers.

This paradigm change has multiplied opportunities (distance now has a new meaning, and it’s shorter, so it’s much easier for a brand to treat the whole world as its market) but it’s also set off a few alarm bells. The pace of daily life has sped up and the duality between our real lives and the lives we want to project could bring along serious consequences, especially for younger people (and it could be sooner than we think.)

The World Record Egg campaign, launched on Instagram at the start of this year, is a good illustration of how far the competition for likes can go. The aim of this initiative was to get a photo of an egg (yes, an egg) to beat the world record for likes, a record held until then by U.S. influencer and businesswoman Kylie Jenner, who had 18 million likes on one photo. The egg photo eventually made it to 54 million likes, three times what it needed to beat the record. The day the egg hatched, it was revealed that the campaign was seeking to raise awareness of mental health issues in the online community, especially those suffered by young people due pressure from social media.

A study by toy brand Lego could also help us to better understand the scope of this challenge. Data for the study was taken from interviews with children aged 8-12 in China, the U.K. and the U.S. The study showed that 29 percent of children dream of bring YouTubers, three times more than the number who want to be astronauts. And when we say YouTubers, we could just as easily say influencers, as other studies show.

At the latest F8 (Facebook Developer Conference). the owner of Instagram announced, among other news, that in some markets (including Australia, Brazil, Canada, Italy and Japan), the number of likes on publications would be hidden from users’ followers. This measure aims to “lead the fight against online bullying” by stopping the social pressure these numbers are accused of generating. The brand stated that it is “rethinking the whole Instagram experience to meet this commitment.” Although there is no news on the results of these experiments thus far, it is clear this tweak will change the way social media is used (since if Instagram changes, other sites will follow), including for those whose businesses depend on it, such as influencers, brands and communication professionals—and specifically monitoring tool specialists. There has been unanimous praise for the initiative, although there are risks brands must bear in mind.

Ana Garcia Martins, author of blog A pipoca mais doce, which has been going for over 13 years, is one of Portugal’s leading influencers, with 335,000 followers on Instagram. Garcia Martins applauds the measure, saying it has the potential to “put an end to the tyranny of likes” and the subsequent “social anxiety and pressure” it causes, especially among young people, “who have an exacerbated presence on social media.” She also says she isn’t afraid of the change: “I’m not afraid, maybe because I already have a wellsupported presence on social media and the feeling that my work doesn’t just come down to my number of likes.”

Although others will stop seeing the number of likes, “the current model could end up being more attractive and effective for getting new partners, as content generators will continue to have access to statistical data, and can pass it on to those brands they work with and other interested brands.” Garcia Martins explains that “brands don’t use the number of likes as the only factor. There are other things they take into consideration when deciding to invest in an influencer: Audience type, reach, influencer personality, how they fit the brand, etc.” And she adds that “there is a trend where the older the audience is, the lower their interaction, but that doesn’t mean the content no longer has an impact on them.” Furthermore, “teens leave likes and comments more freely and instinctively.”

Garcia Martins highlights one specific aspect: “It’s possible that when likes are no longer visible, users will feel like there’s no longer any point in interacting through them, with that button, which could imply a drop in the numbers and level of interaction.” Despite this, she stresses the importance of influencer transparency toward brands and defends the measure. “I think the social impact this measure could have is much more important than the potential damage it could do to influencers who make a living from creating content,” she stated.

Joana Garoupa, Communication and Brand manager for the Portuguese energy company GALP, sees the measure as a positive. “It could increase user freedom to post only the content they really want to share and that interests them the most, without fear of being judged,” she sayd. As for the impact it will have on brands, Garoupa believes “this measure will force brands to review their communication strategies for this platform” and find alternatives “to spark interest in their user communities.” She claims “the creation of relevant content that seeks out authenticity and humanization will continue to be essential,” adding that “interactions that seek to understand the community’s interests, respond to their needs and get closer to people will be more and more important.” She believes little else will change on an Instagram with no likes. “Likes cannot and must not be the only recipe for success.”

Nor will there be strategies for how brands access data. “In Instagram stories, the number of views isn’t public either, which doesn’t stop brands from analyzing content to find out what the community appreciates,” says Garoupa.

Jorge Garcia Perpiña, account director at social media monitoring company Brandwatch, believes this initiative is not only necessary, but should be carried out in parallel with Facebook (the social network with the most users in the world, at 2.27 billion). That way, the two social networks could be compared. He explains that, to evaluate the full extent of the impact, some aspects need to be clarified beforehand—namely, whether the change affects just the user interface or also the Graph API, through which data is obtained from social media, then passed on to companies. “If it were possible to continue extracting data from this source (something which is considered to be highly likely), then capacity for monitoring won’t be affected.” Garcia Perpiña sees likes as simply part of the equation. “It’s important to wait to assess how user behavior evolves in brand interactions, but the biggest impact could come from how important brands consider this information once it ceases to be public. Whatever happens, there have always been other kinds of public interactions, like comments, mentions, tags, etc.”

Like Garoupa, Garcia Perpiña believes brands will focus on the essentials: Content and trying to tell even more interesting and relevant stories to the audiences they want to reach. “The key is always to know your audience inside out,” he adds. Ultimately, “this change will turn likes into a tool that will allow us to filter content,” telling Instagram what kind of posts each user prefers, as is the case with Spotify. “Also, the private aspect of each like will make the user’s experience more authentic,” he concludes.

The uncertainty caused by updates such as Instagram’s latest one always leads to concerns among those who choose social media to communicate. This is because of the ways it could impact their business, whether they are a brand, influencer, monitoring company or even communications agency. However, it also gives us a chance to redefine the relevance we give to these tools and remember that the decisive factor in any kind of communication continues to be content authenticity and quality. Success, not just in relation to this change but others too, goes to brands that listen, think, prepare and adapt; those who work hand-in-hand with the right partners and become specialists in developing and implementing the right strategy at all times. The risk is not the change itself, but facing up to it as if it isn’t permanent. The “business as usual” idea is no longer enough to identify and leverage opportunities. For social media users, we just have to wait and see how far from the “tyranny of likes” this new measure takes us.

Tiago Vidal
Partner and Managing Director at LLYC in Portugal