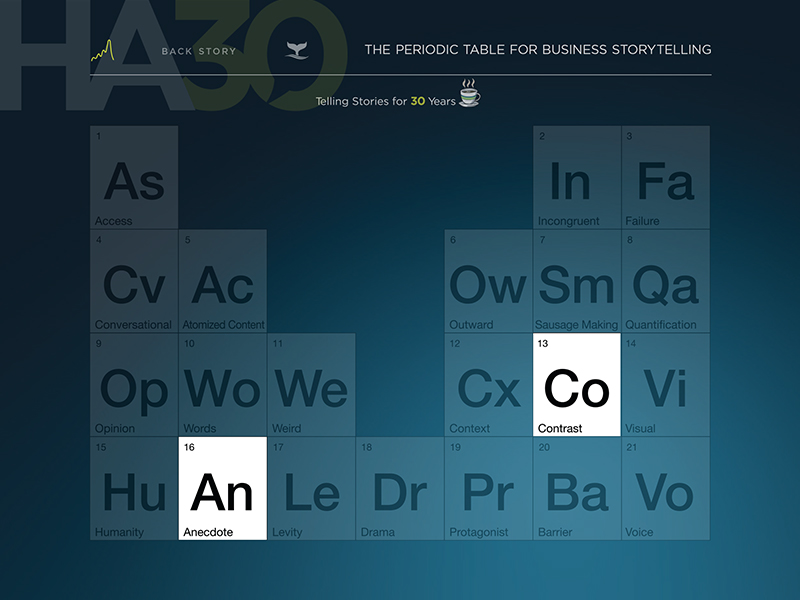 When it comes to business communications, storytelling by its classic definition — a narrative with a start, an end, and something going horribly awry in between — often can’t be applied. 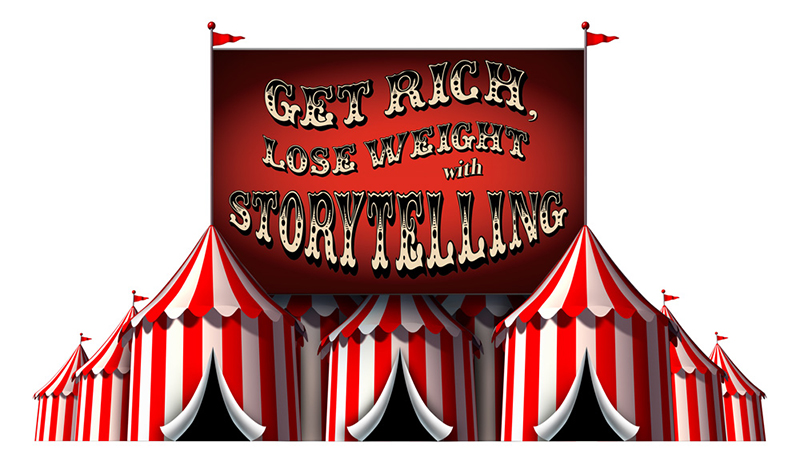 There’s just one not-so-little detail that no one talks about. When it comes to business communications, storytelling by its classic definition — a narrative with a start, an end, and something going horribly awry in between — often can’t be applied. 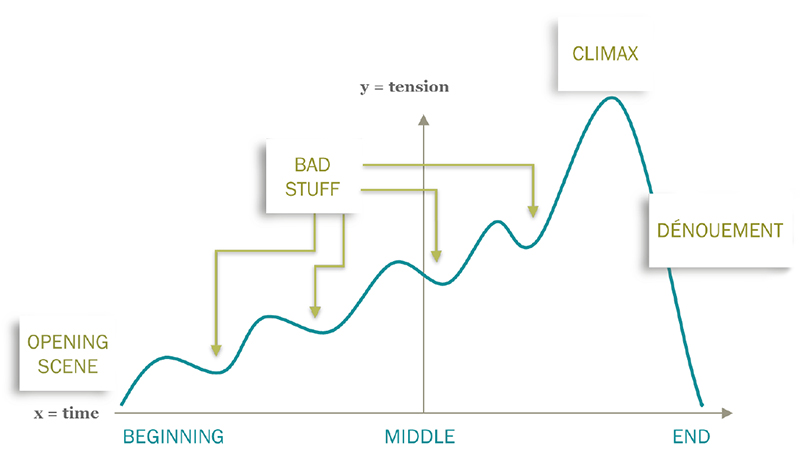 Whether it’s an interview with a journalist, a presentation or a content marketing campaign, telling story after story doesn’t make for persuasive communications. Plus, inserting failure into narratives isn’t exactly a natural act for companies.

Yet, the techniques found in storytelling, both fiction and nonfiction alike, can absolutely be applied across all forms of business communications. That’s the genesis of the Periodic Table for Business Storytelling, now available as an interactive microsite. Given a choice between dull or interesting, people will gravitate toward interesting. Our unscientific research showed that 37 out of 37 people preferred watching “Game of Thrones” over CSPAN.

There’s a reason these techniques are particularly effective in media relations. We reverse engineered hundreds of articles from publications such as The Economist, Fortune and Businessweek to figure out how they do it. What makes their writing so damn interesting? The techniques that appeared again and again become the basis for this methodology. As a result, when you develop a pitch with say, contrast and anecdotes, the content aligns with how journalists construct their stories.

We think of contrast as a poor man’s failure. As pointed out earlier, the opportunity to share the classic story arc in which something goes wrong has limitations in business communications. And even if the opportunity presents itself, most companies won’t go there. When was the last time a CEO barked “OK, let’s leverage these failures in our PR program this coming quarter”?

Yet, the failure story is really one of contrast — failure vs. success — which works for companies.

The old way vs. the new way.

All deliver a form of contrast that lifts a narrative, the greater the gap between the points, the more drama or tension in the narrative.

Now turning our attention to the humble anecdote:

Executives often perceive anecdotes as fluff and put the kibosh on such content before it sees the light of the day. Yet journalists, the masters of industrial-grade storytelling in business, have honed the use of anecdotal content to an art form.

You’ll often see feature stories in business publications start with an anecdote as a stage setter. When The New York Times recently reported on a new chip for artificial intelligence, the story kicks off in Poland where a startup is using the AI chip to develop a more comfortable alternative to the colonoscopy. Furthermore, features like the one in the NY Times typically devote 12 to 18 percent of their content to anecdotes.

In another example, we landed a Fast Company feature on client Nautilus that depended on three anecdotes to frame the piece:

The mashing of these anecdotes actually created the headline, “What Happened When Nautilus’s CEO Ditched His Fancy Office and Joined the Company Kickball Team.”

Back to the big picture, the Periodic Table of Storytelling offers communicators a repeatable process to improve their craft. We believe in the concept, putting it to work for a range of clients. As the headline says, you don’t have to be Ernest Hemingway to tease out an anecdote in a news release.

Lou Hoffman heads The Hoffman Agency, an integrated communications consultancy that specializes in the tech sector and other markets of complexity.  Beyond client campaigns, the firm offers a half-day workshop on its storytelling methodology.