Please refer to our Privacy Policy for important information on the use of cookies. By continuing to use this website, you agree to this.
Home Latest 'Brands Should Look at Women and Sports as a Business Investment' 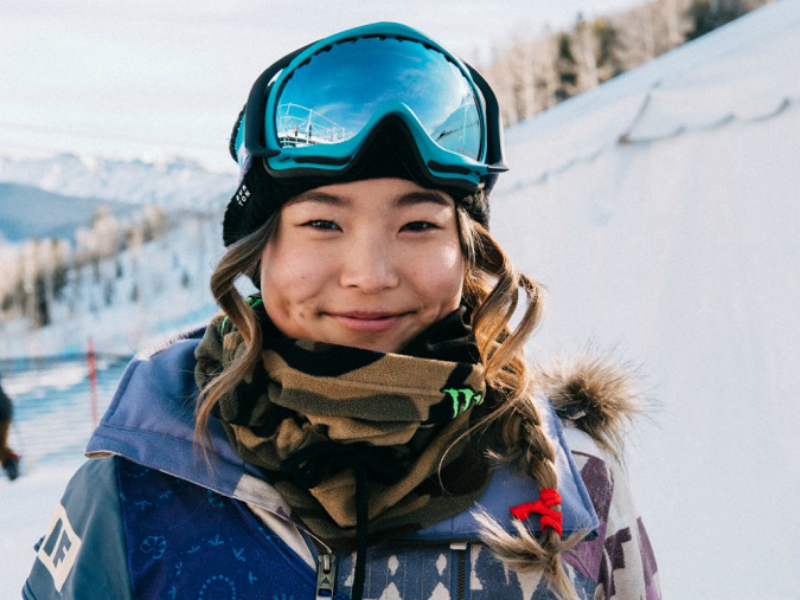 'Brands Should Look at Women and Sports as a Business Investment'

There’s an assumption that the fan base of women’s sports is 100% female and that’s absolutely not true.

Nearly half of all women across the Americas, Europe and Asia say they are interested or very interested in sports, according to Nielsen’s latest Women and Sport Report. But according to Samantha Baier and Sade Ayodele, co-leaders of the Digital Sports Group at Taylor, brands are slow to realize the marketing opportunity this offers.

Sports marketing to women has untapped potential when it comes to women’s sports as well as female fans of sports where participants are male, Baier says. “Female sports fanhood in general is growing, as is the number of avid fans,” she says. “They are tuning in to the big 3: NFL, NBA and MLB. But, in times of large platforms for women’s sports, namely this summer’s World Cup and next year’s Olympics, soccer, figure skating and gymnastics garner high engagement.”

Meanwhile, only a handful of brands have attempted to make the most of women’s engagement with sports by capitalizing on the appeal of female sports stars, Ayodele says. “Brands underspend on women’s sports because they don’t understand the commercial viability of it,” she says. “Oftentimes brands are shortsighted with their marketing spend, only interested in investing in a sport or athlete after they are deemed a ‘success’ or accomplish a ‘big win’. However, I believe brands who invest now to change the future of women’s sports will see the biggest payout as they will grow to be viewed more endemic to the space and true supporters.”

Brands will invest the money before a male athlete proves himself, solely based off of his collegiate career or 'media buzz'

Part of the problem with brands investing in women athletes and marketing to women sports fans may be lack of understanding of both women’s sports and female fans. Nancy Lough, a professor at University of Nevada Las Vegas who is also a former collegiate athlete and coach, specializes in researching gender equity and marketing and is director of marketing for the UNLV College of Education, says the misunderstandings are widespread even among marketers.

“When people think of women’s sports, they think the fans are women. In fact 84% of sports fans are interested in women’s sports,” says Lough. “That breaks down to 51% male and 49% female. There’s an assumption that the fan base of women’s sports is 100% female and that’s absolutely not true.”

Another problem is that brands remain stuck in a male-centric sports marketing world, says Ayodele. This keeps them from signing endorsements with proven female stars in preference for male athletes who are only promising.

“We see it year after year, at the NFL Draft and the NBA Draft, etc. Brands will invest the money before a male athlete proves himself, solely based off of his collegiate career or 'media buzz' around him,” Ayodele says. “However, often times for a woman to get the similar recognition, she has to be the most decorated athlete in her sport, like Allyson Felix or Serena Williams, before brands feel she’s worth the investment.”

A Woman’s Perspective on Sports Fandom

It is a mistake, however, to conclude that male and female sports fans are exactly alike. “While it varies from sport to sport and life stage plays a big role, our research found that men and women are both passionate fans but how they show up for their team on game day varies,” Baier says.

“And while they appreciate the time with friends and family, their gameday experience lives and dies by the scoreboard when the whistle sounds,” Baier adds.

Women are also consuming content differently than men, and the differences are significant to brand’s marketing objectives. “They’re following teams and players on social, engaging with content highlighting big on-the-field moments, celebrating wins and stories that humanize the athletes they’re cheering on,” Baier explains. “Men seek out content on platforms like YouTube and are looking for on-the-field action, stats and league news.”

Yet, she notes, advertising around sports has rarely been geared toward women. “That changed this year during the Super Bowl when the usual parade of car and beer ads was disrupted as we saw more female brands and female leads in spots than ever before,” Baier says. “Brands are just starting to tap into the fact that women are there in mass and engaged.”

Draznik says Secret’s partnerships support the idea that female athletes deserve as much attention and visibility as male counterparts. “Secret’s objective in partnering with the U.S. Women’s National Soccer Team is to shine a light on these strong, inspiring women, who serve as awesome role models for women and girls nationwide,” Draznik says. “By publicly supporting and championing the team, our hope is to get these women the attention they have earned, and ultimately, to create more parity in sports.”

Secret’s partnerships have produced strongly positive responses, Draznik says. “Perhaps because there simply isn’t as much attention paid to women’s sports, it seems as though our female fans are extra excited by and supportive of Secret’s support for the team,” she says.

Brands are just starting to tap into the fact that women are there in mass and engaged.

For Jeannie Goldstein, a partner at Chicago Sports and Entertainment Partners, whether a star is male or female is less important than whether the story is a good one that brands can use to create connections with fans and customers. Goldstein’s agency represents female legends like swimmer Janet Davis and track icon Jackie Joyner-Kersee as well as more recent sensations such as Jessie Diggins, a cross-country skier who helped win the United States’ first-ever cross-country skiing Olympic gold in South Korea in 2018.

Goldstein estimates that roughly half of all the athletes they represent are female. “We don’t necessarily go out and try to select women because we want a balance or want to focus on that,” says Goldstein. “We’re trying to find the best athletes with the best stories in their sport. Across the Olympics, there are so many stories in so many sports. We try to get the best in all their disciplines.”

Stories like Diggins’ appeal to both men and women, Goldstein notes, because of her special status to American fans of cross-country skiing. Similarly broad appeal attaches to Paralympians such as Melissa Stockwell, a former U.S. Army officer who won medals in swimming at the Beijing Paralympics and is returning this summer to compete as a triathlete, Goldstein says.

Women’s World Cup soccer is another sport where female athletes have the opportunity to out-appeal male counterparts. “There is less opportunity with women’s sports because there aren’t as many leagues,” Goldstein says. But with something like the Women’s World Cup, that’s a huge opportunity. You have a winning team and year-round platform with these ladies competing.”

With female stars packing broad appeal, growing interest in women’s sports and by women sports fans and limited investment in women’s sports marking to brands to date, an opportunity to build a powerful connection to consumers is staring marketers in the face. That doesn’t mean, however, success here will be easy, simple or quick, Ayodele says.

“Brands have to look at women in sports as a business investment and understand how to maximize the potential of it and what the commercial aspect of it is,” she says. “It’s almost like a startup if you will — with a ton of potential — that will require investment and a bit of a risk at the upfront.”