Please refer to our Privacy Policy for important information on the use of cookies. By continuing to use this website, you agree to this.
Home Latest 'Companies Are Trying Very Hard, Why Are They Standing Still?': Davos Talks Diversity 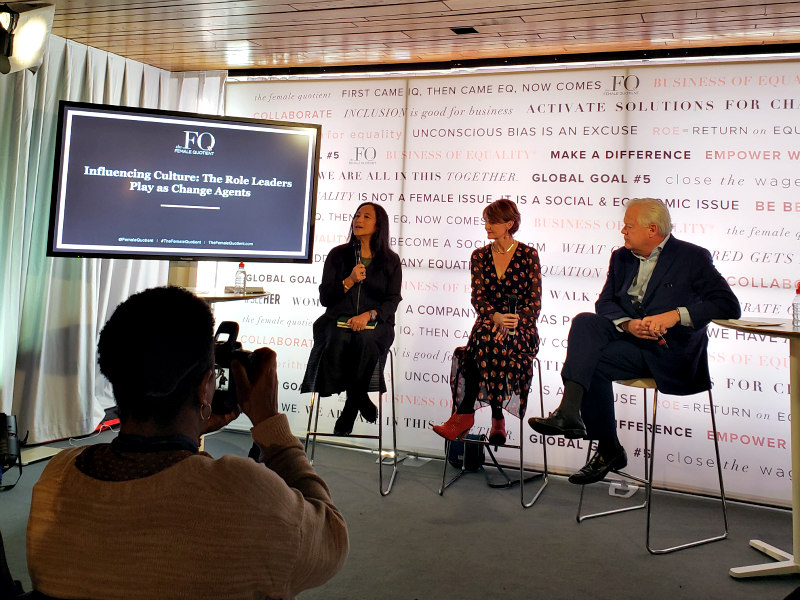 'Companies Are Trying Very Hard, Why Are They Standing Still?': Davos Talks Diversity

The link between diversity and corporate reputation cannot be ignored, heard delegates at a panel in Davos yesterday.

DAVOS — Better leadership is required if female and minority employees are to benefit from corporate diversity programs, according to a panel held at the Female Quotient Lounge in Davos yesterday.

Tsusaka pointed to new research from BCG that found only 25% of female and minority employees say they have benefited from corporate diversity initiatives. Those programs are widespread: the research finds that 98% of companies offer such efforts.

"Companies are trying very hard [on diversity], but why are they standing still?" asked Tsusaka. "75% of [diversity] efforts didn’t impact the people they were supposed to help."

Tsusaka put the disconnect down to a failure of leadership, typically involving older male executives who underestimate the obstacles in the recruitment, retention, and advancement of female and minority employees

"If you look at what women say they want, they want flexibility and better policies around diversity," said Tsusaka. "The men say, we need diversity training…but it doesn’t affect women. There’s a vicious cycle in terms of the majority running these programs who think they need to educate everyone. If we can just pivot the energy and resources to the right kind of activity we will have a humungous amount of progress."

In particular, initiatives that diverse employee groups value and consider to be effective, include visible role models, parental leave and childcare assistance, along with a bias-free workplace. The research found that non-diverse groups, particularly male employees, deemed these initiatives to be less of a priority.

As Wright-Ford pointed out, meanwhile, the link between diversity and corporate reputation cannot be ignored, citing Reputation Institute research. "Companies with an excellent reputation — 57% of the general public would be willing to work for them," she said. "14% of a company’s reputation is about leadership. If they are not prescient and credible on workplace issues, then there is a real problem for the company. So it has to come from the top."

As Leslie noted, furthermore, the pressure for change is often coming internally, from employees. "The employees, the people that work for you, are having a higher voice, especially in this divided world," explained Tsusaka. "We need to make sure the values are consistent. The employees are giving feedback around the policies that work and don’t work."