Please refer to our Privacy Policy for important information on the use of cookies. By continuing to use this website, you agree to this.
Home Latest 'I Think Of Myself As A Publisher': Intel's Stuart Dommett At In2Summit 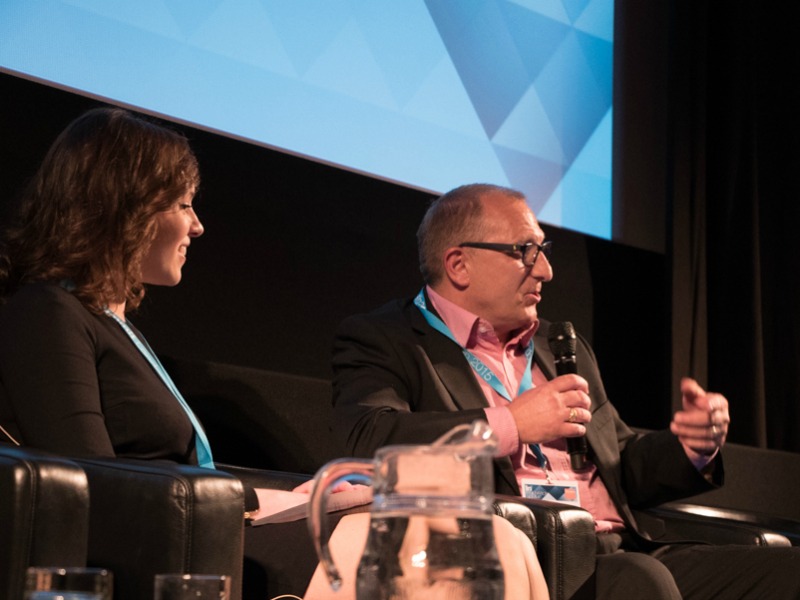 'I Think Of Myself As A Publisher': Intel's Stuart Dommett At In2Summit

Intel marketing head points out that even B2B brands can use content to "nurture" end users and change perceptions.

Dommett, who is EMEA business content marketing practice lead, made the comments in an onstage conversation with H+K Strategies London's director of content and publishing strategies Vikki Chowney.

In particular, Dommett pointed out that he now thinks of himself as a publisher, to the extent that he is willing to cut out traditional media intermediaries. This, he said, was necessary to bring Intel's broader relevance to life in a "competitive and cluttered environment."

"I’m after a publisher’s audience," said Dommett. "I have to think of myself as a publisher. I have engage that audience and bring them closer to me. The way to do that as a publisher."

To do that, Intel has placed a robust editorial process within its company, rather than outsourcing to an agency. This has resulted in successful branded content around such events as footballer Harry Kane's England debut, and a competition for 'Santa's CIO'.

"The content has to come through a really strong editorial process," said Dommett. "And that has to sit inside Intel, it can’t sit within an agency. We have to own that." He also pointed to the importance of having "creative people around you that come from different walks of life."

Reinforcing the importance of a storytelling mentality, Dommett advised delegates to plan for specific events. "Scenario planning and anticipated content is key... you have to be ready," added Chowney.

And while "cost-efficient reach is important", he noted that "engagement" is a much more relevant metric for Intel.

This kind of shift in attitude is not always an easy one for companies to make. Dommett explained that, at Intel, storytelling is still a "skunkworks" that is "under the radar."

"Sometimes it takes somebody to do something different and prove something," he said. "Storytelling is the right thing to do. Now, we have to measure. We have to show how this is going to work."