Please refer to our Privacy Policy for important information on the use of cookies. By continuing to use this website, you agree to this.
Home Latest 'Innovation Is About Problem Solving,' Jamal Edwards Tells London In2Summit 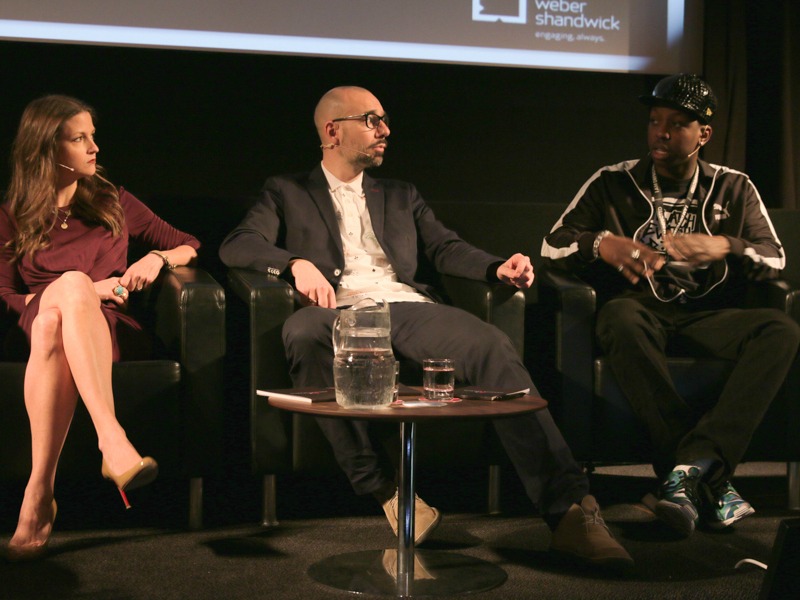 One of the UK's leading visual influencers advises PR industry to "chase dreams, not opportunities."

LONDON—Innovation is about problem solving, internet entrepreneur Jamal Edwards told attendees at the In2 (Innovation + Insight) Summit in London this morning, at an opening session that brought one of the UK’s leading visual influencers together with public relations and brand experts to discuss “Creativity Unlimited.”

Edwards said that his greatest successes had come through “looking for problems and the finding solutions,” and suggested that “innovation is trying to find a gap in the market.” When he started creating YouTube videos featuring rappers and MCs when he was 15, it was in response to his own desire to find such content. Today, he is looking beyond that niche to broader cultural content, while still looking for “things that nobody else is doing, or doing well…. I still see a massive gap to do online content beyond music.”

He also advised communicators focused on innovation to “chase your dreams, not the competition.”

One area of opportunity for his company, he says, is working with more closely with brands. That does not necessarily mean selling out, he emphasized. “I’d love to work with more brands. It makes content more appealing and connects with people’s lives.” He cited Evian’s “Live Young” campaign as one that inspired him.

That’s part of a trend, according to Tom Beckman, executive creative director of Swedish PR firm Prime, now a part of Summit sponsor Weber Shandwick. “In the past, advertising has always drawn its inspiration from art,” Beckman said. “In the future, art will increasingly draw inspiration from advertising.”

As that happens, Beckman added, communicators need to think beyond storytelling and focus on their actions. “It’s not about thought leadership, it’s about ‘do’ leadership,” he noted—a fresh spin on the idea that actions speak louder than words.

“The key is authenticity,” added Heather Mitchell, global head of PR and social media for Unilever Hair Care. “People like Jamal have to want to work with our brands.”

Another tip for innovative companies: “Technology has enabled us to do things in a bigger way, a faster way, a more efficient way. The companies that succeed are the ones that are nimble enough to adapt,” she added.

Unilever was innovative in approaching bloggers and vloggers and engaging with them the same way that companies engaged with traditional media, and more recently saw an opportunity—based on the millions of internet searches and questions about hair care in social media—to create the “All Things Hair” platform, which has created a single channel where all those questions can be answered in a visual format.

That kind of innovative content creation is the way forward, she suggested, with a focus on providing people with the kind of information and engagement they need on a sustainable basis—rather than focusing on “going viral.”