Please refer to our Privacy Policy for important information on the use of cookies. By continuing to use this website, you agree to this.
Home Latest 'It's Not True': Sorrell Hits Back At Claims Surrounding His Departure 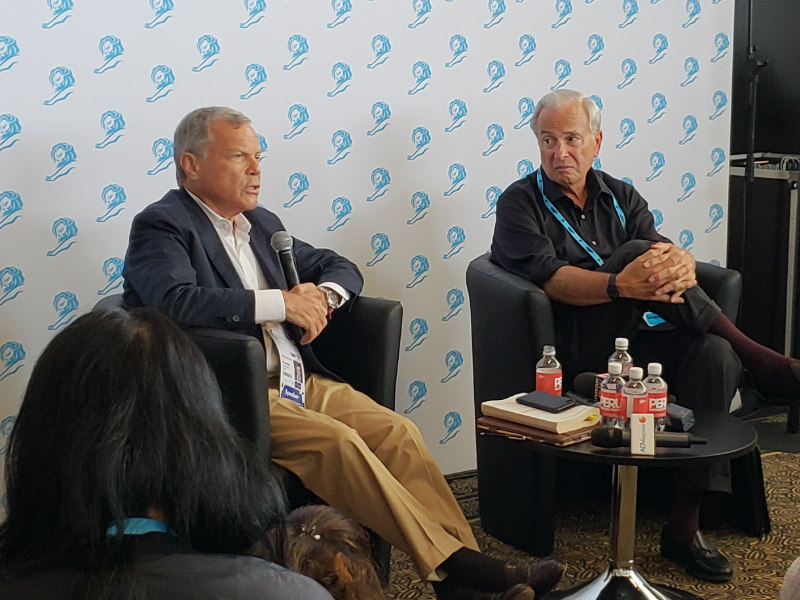 'It's Not True': Sorrell Hits Back At Claims Surrounding His Departure

In an interview with author Ken Auletta at the Cannes Lions Festival, Sorrell denied bullying staff and visiting a prostitute.

CANNES — Sir Martin Sorrell has denied claims that he misused company funds, bullied staff and visited a prostitute, during an onstage conversation with author Ken Auletta at the Cannes Lions Festival.

Sorrell, who was the subject of an extensive FT investigation surrounding his departure, said he had "strenously denied" the allegation that — as Auletta put — he used corporate funds for inappropriate spending.

Asked specifically if it was not true by Auletta, Sorrell responded "it's not true."

Regarding the allegations of bullying, Sorrell said that he felt the charges were unfair.

"Am I an easy person to deal with? No. Am I demanding? Yes," said Sorrell. "I don’t think that was fair. I demanded high standards. If you look at the overall record — and I don’t know who the FT talked with — maybe they spoke to the wrong 20 or 25 people. Over the last six, seven, eight weeks I received numerous emails which would contradict what you just said."

That exchange was probably the highlight for many in the room, after Sorrell had used the preceding 40 minutes to question Auletta about his book, Frenemies: The Epic Disruption of the Ad Business (and Everything Else).

"It’s not unfair for me to conclude, or for people in this audience to conclude, that you’re pissed at the way this was handled," said Auletta.

"If I look at WPP for the past 12 months, revenues were flat," responded Sorrell. "The general environment inside the industry was difficult. That was the background. When you have leaks of that nature at the highest levels of the company, it’s a very difficult situation and relationships come under a lot of pressure in situations like that. Despite asking for an investigation into the leak, nothing has so far happened."

When Auletta asked Sorrell who he thought had leaked details of the investigation, Sorrell said: "I leave that to your fertile imagination."

And when asked why he left WPP despite denying the charges in the initial investigation, Sorrell fell back on the letter he penned to employees at the time. "I felt the situation had become untenable and it was in the best interests of stakeholders, clients and people inside the company that I left," he said. "Untenable for a number of reasons."
Article tags
Cannes Lions Cannes News WPP Martin Sorrell