Please refer to our Privacy Policy for important information on the use of cookies. By continuing to use this website, you agree to this.
Home Latest 'Local Journalism Is Where The Energy Is At' 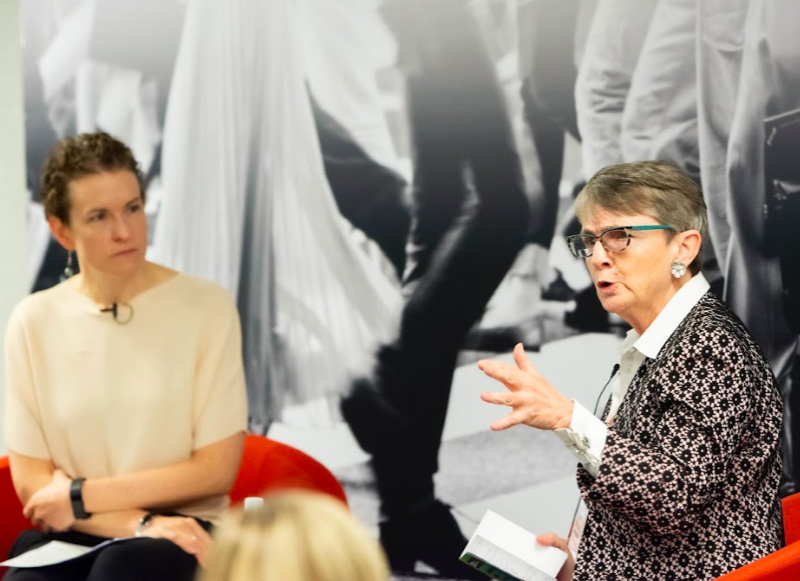 'Local Journalism Is Where The Energy Is At'

'Solutions journalism' may help the media win back consumer trust, according to speakers at last week's G&S Global Street Fight.

NEW YORK — Between rampant misinformation, and consumers retreating from news, you’d be hard pressed to believe that trust in media is on the upswing.

But that was the message last week from not just one but two speakers at G&S Business Communications’ Global Street Fight, the firm’s annual event looking at trends in the marketplace and the media.

One of those presenters was Liza Gross, a longtime journalist who is now a VP with the Solutions Journalism Network, a nonprofit that works with newsrooms to change the nature of reporting so that news organizations give due attention to addressing the challenges facing journalism.

She said adopting a “solutions journalism” approach is key to recapturing consumer trust, as the current strategy simply isn’t working, she said.

Take, for instance, stories about climate change. “By pointing out constantly how we’re all going over the edge in five minutes, people disengage,” she said. “The coverage is constantly negative, constantly on the brink of disaster or in disaster. And some of it is true. But it is also true that there are a number of responses all over the world that are not reported, not highlighted and rejected by journalists."

Covering the solutions-focused side to those stories, however, could bring consumers back into the fold, fostering a greater openness to information and engagement. “This is what depolarizes the dialogue,” she said.

Gross sees local media (with the exception of local TV) among the most amenable to adopting solutions journalism, and is seeing the return of consumers that ensues. “Local journalism is where the energy is at and where the building of trust is happening,” Gross said, adding that communicators should consider community news outlets viable means of reaching audiences.

The Minneapolis Star Tribune, for instance, changed public perception for the positive with its approach to covering the radicalization of members of the local Somali community.

Although local Somali leaders initially rejected the idea of working with the Star Tribune (“Minority communities in this country ... view the media as hostile to them and completely out of tune with who they are and what they are doing,” Gross said), that changed when the publication involved them in the reporting process, which resulted in reporters working with leaders and being immersed in the community, rather than go on the attack. “They completely changed the conversation,” Gross said.

Eddie Kim also believes trust in media — the kind of news outlets consumers know and have long engaged with — is on the rebound, largely in response to the kind of highly targeted messages used to reinforce consumer option, regardless of whether or not they were based in fact.

“People would trust the message even if they didn’t trust the messenger,” said Kim, founder and CEO of the platform Memo, which provides the communications industry with earned media insights directly from publishers. “All of a sudden, it now really matters who is delivering the message.”

Of particular note to communicators, the value of that earned media is rising in conjunction with trust in the platforms that are distributing it, he said.

“There’s all this value being created. It’s not being quantified,” said Kim, adding that Memo’s goal is to reverse that so communicators can use the information provided by publishers to demonstrate the value of their works.

“Content in our society is fundamentally important. If we can reframe how we think about the value of that content, that will be a net positive for everyone,” Kim said.