Please refer to our Privacy Policy for important information on the use of cookies. By continuing to use this website, you agree to this.
Home Latest 'The Big Prize Is Revitalising Burson': PR Industry Responds To Blockbuster Merger 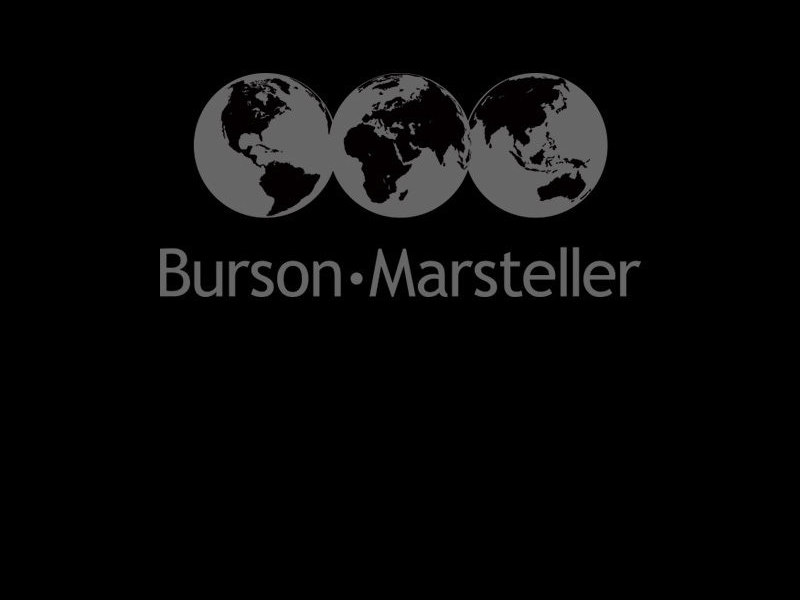 The dramatic reverse takeover of Burson-Marsteller by Cohn & Wolfe may constitute a risk, but industry leaders believe that WPP CEO Sir Martin Sorrell was left with little choice.

NEW YORK — Burson-Marsteller's anaemic performance in recent years provides ample justification for WPP's dramatic decision to merge the iconic firm with Cohn & Wolfe, said industry leaders, even as they pointed to the risks involved in the largest PR agency integration since Weber Shandwick and BSMG.

"The big potential prize is revitalising what is probably the second most famous global PR brand in the world," said former Edelman APACMEA CEO David Brain, who previously worked at Burson. "This has to be an effort to inject some of Donna Imperato's and Cohn & Wolfe’s energy and success into the moribund Burson-Marsteller."

Aside from a growth spurt during Mark Penn's tenure as leader, Burson has found meaningful expansion difficult to come by for more than a decade. In particular, industry leaders pointed to Burson's need to modernise its offering in line with market trends, along with the complementary nature of the firm's corporate and public affairs capabilities alongside Cohn & Wolfe's consumer marketing and digital expertise.

“I think that it’s a smart move," said Richard Edelman. "Donna [Imperato] has done a very impressive job. And I do believe that scale matters."

Burson's sustained decline comes as WPP faces its toughest outlook since the global financial crisis. WPP CEO Sir Martin Sorrell has responded by consolidating agencies, including Maxus into MEC to form Wavemaker, and grouping its various Kantar research businesses and, separately, its branding agencies together. So the decision to combine Burson with Cohn & Wolfe, added another source, is not without precedent.

"It’s a reverse takeover and it makes absolutely total sense because the two firms are very complementary," said an ex-Burson-Marsteller senior executive, speaking on condition of anonymity. "Obviously it’s a bit sad, but I don't think Sorrell had any alternative."

The move also represents a significant vote of confidence in Imperato, who has clearly emerged as Sorrell's top PR lieutenant, after several years of eye-catching growth at Cohn & Wolfe. "I can’t help but be impressed by what Donna’s achieved over the years," said Brain. "Proven leadership that can get growth on big platforms — there are so few people around who can do that."

"On paper this makes a lot of financial sense, with the substantial growth of Cohn & Wolfe in stark contrast to Burson-Marsteller," said Cathy Pittham, who recently left her position as CEO of Cohn & Wolfe tech agency Axicom. "Donna has unbelievable energy and the strength in all of this is what could result from the wisdom and deep maturity of B-M plus the dynamism of Cohn & Wolfe."

Yet while the merger might make sense on paper, few believe it will be anything other than a painful process. Cultural challenges are likely to prove critical once offices are combined and leaders selected for regions, markets and practices.

"The biggest issue is the right kind of leadership," said Weber Shandwick CEO Andy Polansky, recalling his experience of the Weber/Shandwick/BSMG deal. "Merging companies with distinctively different cultures is not an easy thing to successfully pull off. It’s mostly about culture. A lot of people are talking about the client proposition but mergers succeed and fail with the people."

"Any merger is risky because of culture and clients," said Brain. "There will be client conflicts. Key staff may decide to leave. The biggest trap is that clients feel that both agencies are focusing on the internal issues and not on them."

"It seems to make sense on paper: a creative, digitally focused, consumer-orientated firm coming together with a corporate and crisis firm in a reverse takeover," added another rival agency head. "Burson is one of the great names of our industry, and Cohn & Wolfe is dynamic. But will the best parts of the firms suffer because they are distracted by merger issues? The challenge will be in making it work. How quickly can you really merge two firms of that size globally when their cultures are so very different? And it’s a very competitive market: everyone will be circling like piranhas trying to pick off the good people."

For Burson, the move holds out the prospect of much-needed change, even if several sources wondered why it had taken so long for the oft-rumoured merger to finally take place, some 34 years after it first acquired the agency. For Cohn & Wolfe, meanwhile, it provides the perceived benefits of scale for an agency that has worked tirelessly to expand its global footprint.

Yet not everyone is bullish about what the deal means for the broader industry, particularly after smaller examples of consolidation elsewhere in the industry, notably at Omnicom.

"Infamously, nothing is more important than margin at WPP, and that’s why it is just not credible for Donna [Imperato] to say right out of the gate that the merger isn’t about efficiencies and then ruling them out from the get-go," said a former regional CEO of Burson-Marsteller, also speaking on condition of anonymity.

"I can’t believe we’ve killed off one of the iconic brands in PR industry," added WE Communications international president Alan VanderMolen, who spent more than two decades at Burson. "This is absolutely investor-driven. It’s not client-driven and it’s not employee-driven. When you combine this with industry growth numbers for 2017, you can only be left with one conclusion — there is a great need for innovation at pace in our industry. When you look at the agency landscape, if you’re on the buy-side you want to be predicting winners; right now, the landscape is littered with losers. Burson-Marsteller is now the iconic example of that."