Please refer to our Privacy Policy for important information on the use of cookies. By continuing to use this website, you agree to this.
Home Latest 2015 EMEA SABRE Awards: Plan Norway And Trigger Take Top Honours For #StopTheWedding 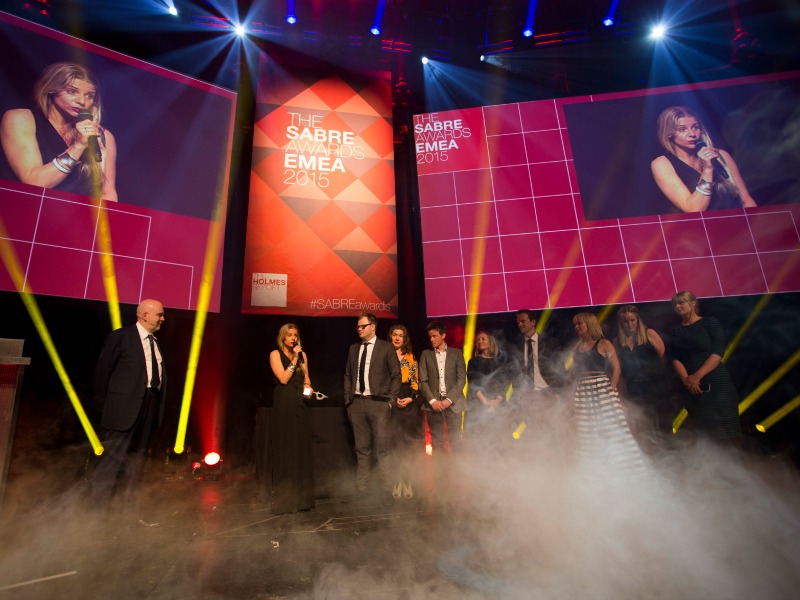 Campaign to address the issue of child marriage beats out strong contenders to win Best in Show at the 2015 EMEA SABRE Awards in London last night.

LONDON—Clients of Ogilvy Public Relations and Weber Shandwick took home five Gold SABRE trophies each and Norwegian public relations firm Trigger and its client Plan Norway won the Platinum SABRE for the best public relations campaign of 2014 for “#StopTheWedding” which captured the attention of a nation to prevent the marriage of Norway’s first child bride—before revealing that the “wedding” was a hoax to raise awareness of the practice in developing markets.

“#StopTheWedding” beat out four other exceptional campaigns to take home top honors: the Always Like a Girl campaign from Procter & Gamble and MSLGroup, which sought to turn an old insult into a statement of empowerment; The Autocomplete Truth, from UN Women and Memac Ogilvy, which used Google’s autocomplete feature to spotlight global attitudes toward women; Speak Out Against Domestic Violence, a Bulgarian CSR campaign from Avon and All Channels Communications; and a public affairs initiative on behalf of Shale Gas Europe, led by FTI Consulting.

“It was clearly the year of women’s issues in Europe, with four of our five top campaigns addressing issues from domestic violence to child brides to building the self-esteem of teenage girls,” said Paul Holmes, chair of the SABRE judges. “It seems as though PR people reserve their greatest creativity for causes that really matter to them.”

Among the agencies with multiple winners, Weber Shandwick and Ogilvy led the way (Swedish acquisition Prime contributed one of Weber’s five, while Middle Eastern operation Memac Ogily won three). Ketchum won four awards for its clients, while Burson-Marsteller, Edelman (including acqusitions Elan and Dabo), Trigger, and another Norwegian independent Geelmuyden Kiese picked up three each.

View all of the 2015 SABRE Awards EMEA Winners here.

More than 650 PR professionals from Europe, the Middle East and Africa gathered at legendary London music venue The Roundhouse to celebrate the winners, selected from a record 2,400 entries to this year’s competition.