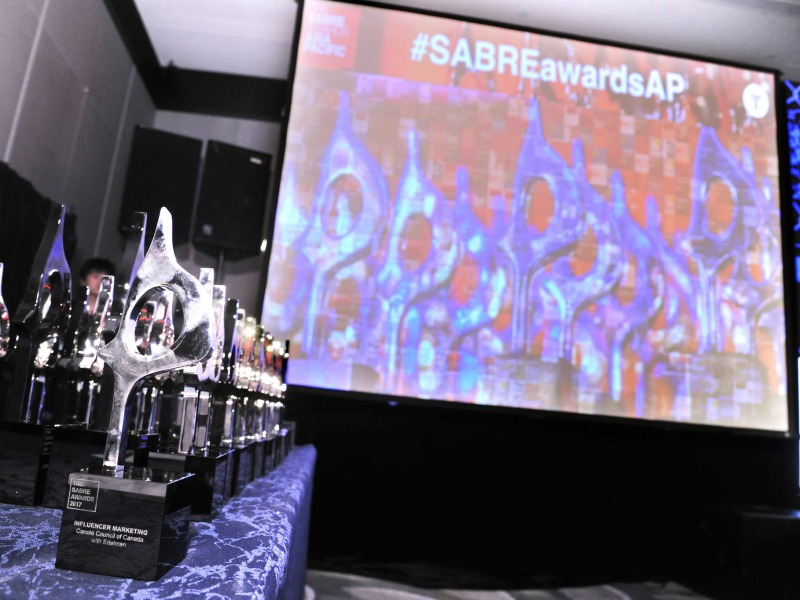 The 2018 Asia-Pacific SABRE Awards will begin accepting entries later this week. The early deadline is June 22, the late deadline is July 20.

HONG KONG—The 2018 Asia-Pacific SABRE Awards has launched its call for entries, with the dedicated entry platform opening later this week.

The awards recognize the best in public relations programming from across the Asia-Pacific region and are open to campaigns developed by agencies, corporations, not-for-profit organizations, government agencies and more.

The SABRE Awards competition recognizes Superior Achievement in Branding, Reputation and Engagement and has a 30-year heritage, with competitions in North America, EMEA, Latin America and Africa as well as the Asia-Pacific competition.

“We have already seen some very diverse and exciting work from Europe and North America this year,” says Holmes Report founder and chair of the SABRE jury Paul Holmes. “Now it’s the turn of Asia-Pacific PR people to wow the judges, and if previous years are any guide we are sure to see some highly creative, highly effective work.”

In addition to categories recognizing the best campaigns from specific geographic markets, the Asia-Pacific competition recognizes great work in specific practice areas (from consumer PR to public affairs to employee communications) and in industry sectors (healthcare, technology, not-for-profit). The IN2 SABRE awards, meanwhile, focus on Insight+Innovation, with categories for the best use of data and analytics and new digital and social channels.

The entry website will include a complete list of categories, entry fee and deadline information (the early deadline is June 22, the late deadline is July 20), as well as tips for crafting a winning entry.

The awards will be presented at a gala dinner in Singapore on September 11, following the Asia-Pacific In2 Innovation Summit on the same day.