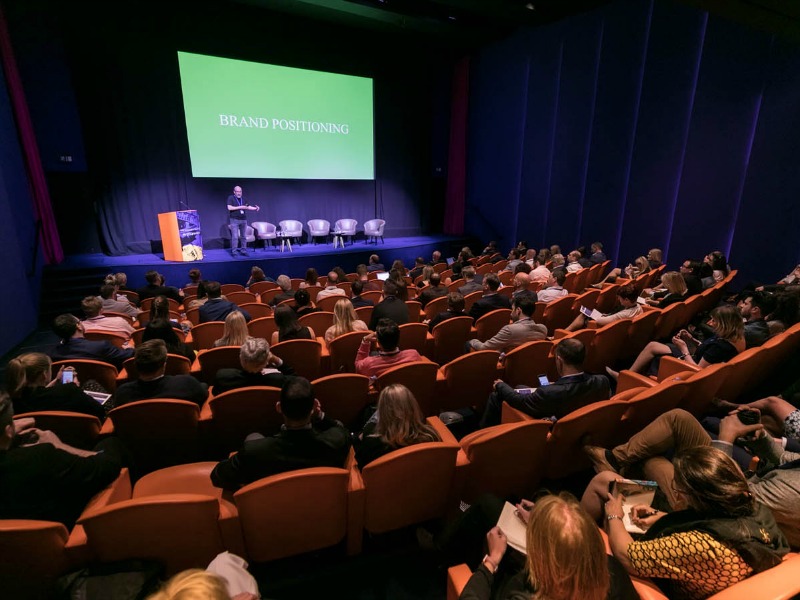 The 'age of rage', people vs politics, CMO challenges, snake oil and human insights come to the forefront at a compelling Innovation Summit in London.

Our EMEA Innovation Summit on 23 May proved to be one of our best conferences yet, blending some highly-charged lightning talks with heavyweight panels to deliver plenty of thought-provoking insight during the half-day event, in front of a packed auditorium at London's Ham Yard Hotel.

All of that meant there was a lot of information to process. So, as always, here are five lessons that we have distilled from the event, all of which revolved around the idea that people — rather than companies, processes or even algorithms — remain the most important currency for an industry in the throes of fundamental disruption.

(1) Can the 'age of rage' benefit companies?
"If you feel there’s a mob at your gates, then let them in"
In an impassioned lightning talk, inVentiv Health's Duncan Arbour pointed out that the healthcare industry was one of the earliest to become subject to marketing regulation, thanks to its work in promoting such products as snake oil. Yet, as Arbour noted, the snake oil approach to marketing still exists in many industries — now lubricated by the cascade of fake news. As APCO's Brad Staples discussed, companies must be quick and honest if they are to navigate the fake news landscape. And Arbour thinks they must go even further amid the 'age of rage' that is putting reputations at risk.

"Look at your own roles as communicators – do you act as an enabler to increasingly old-fashioned ways of doing business, or do you act as a regulator? Because believe me, here’s a lesson from healthcare: regulate yourselves before regulation comes to you. More than ever, brands – in all sectors – need to demonstrate that they’re not just for their audiences, but that they’re with their audiences. If there’s a mob at your gates then don’t assume they want to batter you. They just want a better you."

(2) People, not politics, drive purpose
"Speaking to contemporary issues is to be commended rather than being fearful of addressing them"
Arbour added that companies which are successfully bridging the gap between themselves and their publics do so via their people — "Employees are now the most trusted spokespersons a brand can have. So use them as fully as you can. And if you can’t, well, that probably means you’re part of the zero hours, gig economy. Good luck with that." And, in a time of division and polarisation, brands should be seeking to bring people together, said Amnesty International communications director Osama Saeed Bhutta while discussing how companies can develop genuine corporate purpose. While Bhutta believes companies should be commended for addressing contemporary political issues, his counterparts on the panel — Pizza Hut's Gareth Hopley and Amaya's Eric Hollreiser — were more reticent about this idea. Instead, they pointed out that any corporate purpose must begin within, in a manner that employees can hold their employers accountable for.

(3) Business people are humans too
"Don't ask people to vote. Ask them to be a voter."
Any attempt to truly turn employees and customers into advocates, though, must begin with a proper understanding of human behaviour. In an enthralling session led by H+K Strategies' Matt Battersby and Dan Berry, delegates were led through the latest in behavioural thinking, particularly in terms of how "non-rational" decisions drive behaviour. Businesses making decisions are just as susceptible to influence as judges that refuse to grant parole as lunch nears (because they are hungry), calling for communicators to understand such concepts as reciprocity, social norms and actors.

(4) PR people need to learn a new language
"Marketers love data, love numbers, and love charts"
As for PR people themselves, Weber Shandwick EMEA CEO Colin Byrne kicked things off by noting that the PR industry is too focused on awareness metrics like retweets, clicks and views. To truly prove its value to bigger CMO budgets it must shift that mindset towards driving commercial returns. To do that, said Unilever head of global hair care PR Heather Mitchell, PR people need to learn to speak the language of marketers, who "love data, love numbers, and love charts." With content and commerce combining on platforms like Facebook, the opportunity is clear, particularly for marketers who understand the value that the public relations perspective can bring to their evolving roles.

(5) The PR industry must face up to the threats
"If nothing good comes back we'll work on it in house"
Metrics are not the only challenge that should concern PR people. In a more sobering presentation, WE Communications' Alan VanderMolen discussed "shit that should worry" the PR industry, including the "acute agency personality disorder" that is seeing some firms attempting be all things to all people. Traditional agency models, meanwhile, got short shrift from HSBC social media head Abby Guthkelch, who noted that her fast-paced content requirements cannot be serviced by the typically rigid, hierarchical model. Meanwhile, VanderMolen also wondered why comms people were so visibly missing from recent crises such as United Airlines, Pepsico and Dove — surmising that their absence bodes ill for the importance and value of the public relations function.