Please refer to our Privacy Policy for important information on the use of cookies. By continuing to use this website, you agree to this.
Home Latest 5 Things We Learned At The 2017 In2Summit North America 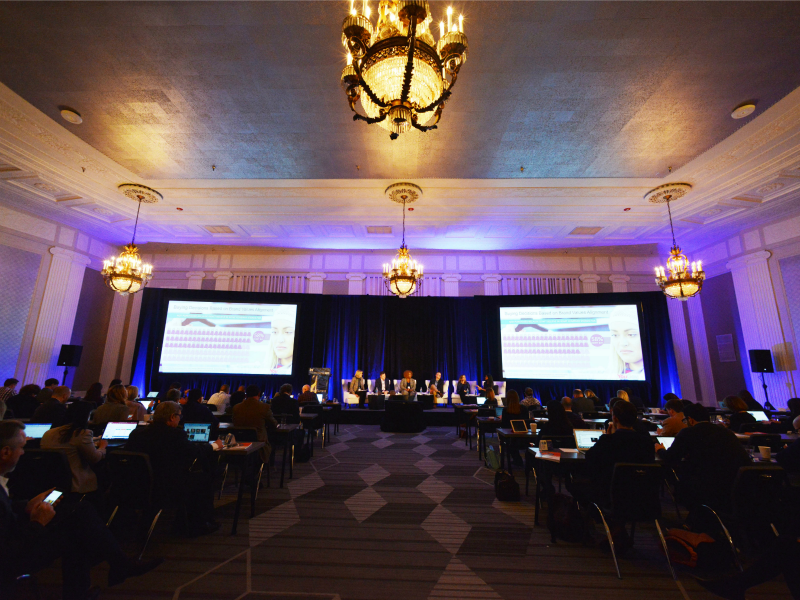 5 Things We Learned At The 2017 In2Summit North America

Fake news, corporate values amid the Trump era and data rose to the top of the agenda after an especially topical #In2Summit.

The Holmes Report's 4th Innovation Summit North America brought together marketing, communications and media leaders to the W Hotel in Chicago to talk about influence and engagement amid political, social and cultural upheaval.

This was the first year the event was held outside of San Francisco, shifting the focus of the event with speakers like United Airlines' Jim Olson, ConAgra Food's Jon Harris, Hyatt's Brigitta Witt, Nielsen's Carl Marci and CBS News' Dean Reynolds.

As always, there was lots of talk of innovation — but this year's discussion was certainly dominated by 'fake news' and the impact Trump will ultimately have on corporate values and consumer behavior. You can view all of our coverage here, or take a look at the various social media conversations inspired by #In2Summit here.

1. 'Everything Is Seen As Political Now'
The volatility of the Trump presidency weighed heavily on the Summit — in particular how the polarized political environment was clouding the way consumers perceive brands. In a session "Taking a Stand: Social Purpose + Consumer Expectations," Ad Age’s E.J. Schultz pointed out that under previous administrations, a brand — like Under Armour — wouldn’t face such harsh blowback for making a positive statement about the president. He also drew upon YouGov data that shows that 37% of consumers thought Lady Gaga’s Super Bowl halftime show had a political message. JetBlue's Tamara Young added that in today's environment it's not just boycotts the airline company worries about — but the public shaming that airlines face."The airline industry is one that people love to hate and are willing to engage with on social media,” she said.

2.  The Fake News Crisis Isn't Going to Heal Itself
In a candid conversation, CBS News veteran Dean Reynolds and former New York Times national correspondent Jackie Calmes confronted the stark reality of fake news. "What we’re seeing with Trump is he pushes back with falsehoods, but it’s just the pushing back that his base really loves," said Reynolds. "The fact that he’s fighting back with falsehoods doesn’t seem to be as big a deal."

Whether to call the president out on his lies was also debated. "If you use the word lie promiscuously it loses all its power," Calmes said. "Secondly, it denotes an intent about the subject that you often cannot know. That the word lie is even being used at all is extraordinary." Meanwhile, the session's moderator H+K Strategies' Richard Keil made a more optimistic case for the future as journalists are showing signs of a "more organized, thoughtful approach" to this quandary, reflected in the reporting that resulted in the resignation of National Security Advisor Mike Flynn. "We've crossed a threshold."

In a separate keynote, OZY media co-founder Carlos Watson said "First, the problem is not just fake news; it’s thin news. It’s not just that something is misreported, it’s thinly reported with pieces missing and context missing. So the first challenge for us was to ask whether we could earn credibility as a relatively young digital platform and say, you can trust us to deliver the kind of news with depth and context."

3. We Must Better Understand Cognitive Biases When Making Data-Driven Predictions

W2O's Bob Pearson used the widespread failure to predict the Brexit vote in the UK or the electoral college victory of Donald Trump in the US to put forth five lessons learned. Among them, 1) subconscious behavior is more important in highly emotional or partisan situations; 2) The need to understand non-behavior, including silence, apathy, levels of intensity; 3) Narrowcasting leads to over-interpretation; 4) Highly partisan or even fake news has a cumulative impact even if we don’t think it does; 5) A new set of peers—interpreters—are emerging as influencers.

Proof CEO Mark Stouse suggested several key learnings that apply to both the political realm and the business world: always cultivate an outside-in perspective and march back from there to seek to understand what’s really real rather than what you would like to be real; and think deeply about what “time to impact” means for your business.

4. The Power of Emotion — More than Fact — Is Stronger Than Ever
Nielsen Consumer Neuroscience’s Carl Marci told In2 Summit attendees: “It’s emotional responses that ultimately drive behavior. When the brain is under threat, it retracts to what’s familiar and that’s often our own tribe. The polarization we’ve seen is a result of perceived threats.”

In that same session, Sonya Soutus, Nature’s Bounty, pointed out that everything is considered suspect now — even positions that are based in science. In turn, this puts pressure on brands when dealing with especially passionate consumers around corporate values.

5. It's Still Business As Usual In Trump's America

While many companies have found themselves in the political crosshairs many others are trying to keep their heads down and reassuring their employees. “Our global workforce was surprised,” said Clarkson Hine, senior vice president of corporate communications and public affairs at Beam Suntory, speaking about the election result in November. “And at a time of change and uncertainly, when trust in media is low, we felt we had an obligation to help our people navigate change."

One company that has been dragged into the political realm is MillerCoors. Because Pete Coors is a well-known Republican and held a fundraiser for Trump in Colorado in July, the company is on a boycott list. CCO Pete Marino said that while the company has spent time explaining its corporate values to employees after the election "but in terms of politics, we don’t take a corporate position or a brand position.”

Building on that conversation, the chief communicators from United Airlines and ConAgra Foods told delegates that companies looking to recover trust in their brands should begin by listening to their employees.