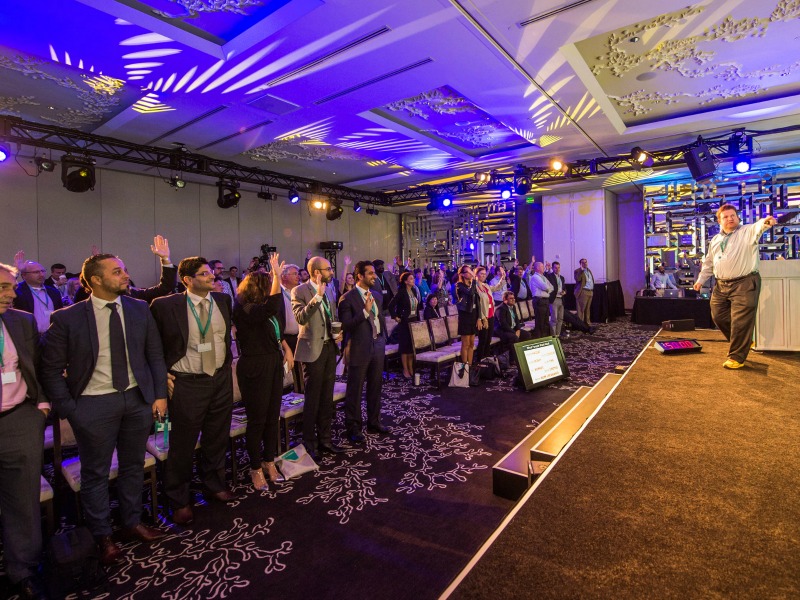 6 Things We Learned At The 2014 Global PRSummit

The third edition of our Global Public Relations Summit proved to be another highly successful event, attracting more than 350 delegates to Miami Beach for four days of sessions that provoked and entertained in equal measure, sparking plenty of food of thought, a considerable amount of laughter and — in some cases — even tears.

So, without further ado, here is the traditional summary of our top themes from the #PRSummit, as selected by Holmes Report editors and based on hours of sessions and conversations with speakers and delegates.

Spend a little time on the conference circuit and it is tempting to feel a measure of “millennial fatigue”, given the frequency with which we are reminded of this particular generation’s views on everything from sustainability to work-life balance. Yet, these views do matter, not least because of the $170bn in purchasing power that millennials now represent, a figure that will grow as they take up 75% of the workforce by 2020. Indeed, millennials were a constant theme at the PRSummit, whether we were looking at sports, music or food. And perhaps the most salient observation came from millennial Gabriela Lambertus from Wells Fargo, who pointed out that she — like most normal human beings — trusted peer recommendations rather than brand speak. “I couldn’t care less what the brand tells me, for me, it’s about the people,” said Lambertus. “Trust the people, not the brand.”

And on the topic of ‘brand-speak’, Frank Luntz’s thoughts proved particularly compelling, in one of the conference’s standout presentations. Luntz was smart and funny as he described why communicators need to use words that focus on the lives a problems of ordinary people, not on the strengths and capabilities of their own organizations. People want more money, more choices, more time, better lifestyle, better work-life balance, and fewer worries and fewer hassles. Men are more focused on money, women were focused on time. Companies and politicians, he said, need to design their messages to address those needs.

“We don’t trust CEOs, but we do trust business leaders,” he added. “You should be the leader of the company, not the chief executive officer. It changes the way employees regard who they work and how consumer and others think about the company. Change the title and you change how people perceive that individual.”

3. But so does design

The holistic demands of modern public relations were brought home by design legend Yves Behar, who explained that when design is well done “it’s a universal language, a form of communication that everyone can understand.” Behar, who has designed such game-changing devices as the Jawbone Jambox and Up, was speaking in relation to PayPal’s recent rebranding, but his lessons are applicable for all. “Design brings stories to life,” he said. “It puts communication at the centre of every interaction.” This is particularly significant at a time of rapid change, when new types of companies and products often have to communicate novel ideas in an elegant, easily understandable manner.

4. Look to gaming for genuine engagement

What exactly can marketers learn from game designers? An awful lot as Jane McGonigal outlined in a presentation that elegantly debunked the notion that gaming is simply the preserve of slackers. Instead, McGonigal pointed out that games provide a level of engagement that many people around the world are unable to find at school, at work, or in their real-world communities. That matters because 81% of global workers are disengaged, according to Gallup, costing billions of dollars in productivity. Games offer people that opportunity engage. “It’s not just about entertainment, it’s about ability to be passionately engaged,” McGonigal said.

This has real-world applications. McGonigal’s research found that 75% of young people wanted to write a book someday, and designed a game that would allow the winner to become a published author. The resulting game focused on the “underground city of books” below the New York Public Library, with eight levels corresponding to their eight physical levels of books. After an online ad, 10,000 young people applied—each of them writing an essay—to play the game and 500 winners were locked in the library overnight to play the treasure hunt-style game.

By the end of the night, the participants had created 1,184 stories about the kind of world they would like to make, which were turned into a book, “100 Ways To Make History.” And the biggest metric of the project’s success is that the book was added to the rare books collection at the Library, making it “one of the most important books” in its collection.

Another of the conference’s top-rated sessions looked at how to create a mass movement, featuring contributions from Ogilvy PR’s Chris Graves, UN Women’s Elizabeth Nyamayaro and Loving Day founder Ken Tanabe. It is the kind of challenge that every public relations pro is faced with during their career, with Graves advising delegates to begin from the perspective of an individual story, thanks to what he called the ‘identifiable victim effect’. His point was eloquently taken up by Nyamayaro, who pointed out that UN Women’s HeForShe campaign benefited from making gender inequality an issue that mattered as much to men as to women. Tanabe, meanwhile, noted that his own experiences as the child of an interracial marriage informed his efforts on behalf of Loving Day,

The Independent PR Firm Forum that precedes the main PRSummit has rapidly established itself as the forum where the best ideas for agency growth are shared, from the independent players that continue to outperform the global PR market. This year was no different, with Lewis PR founder Chris Lewis noting that “independents have to do the things the big agencies can’t do — like justifying a 10% spend on training.” Indeed, added Lewis, “We don’t think of it as training, we look at it as advertising.”

Pithier still were Lewis’ comments on creativity, which he believes has been relegated to a footnote in the industry, and leadership. “Agency leaders have two jobs: quench thirst and put out fires,” Lewis said. “You’re not there to be the authority, your job is to be the water carrier.”