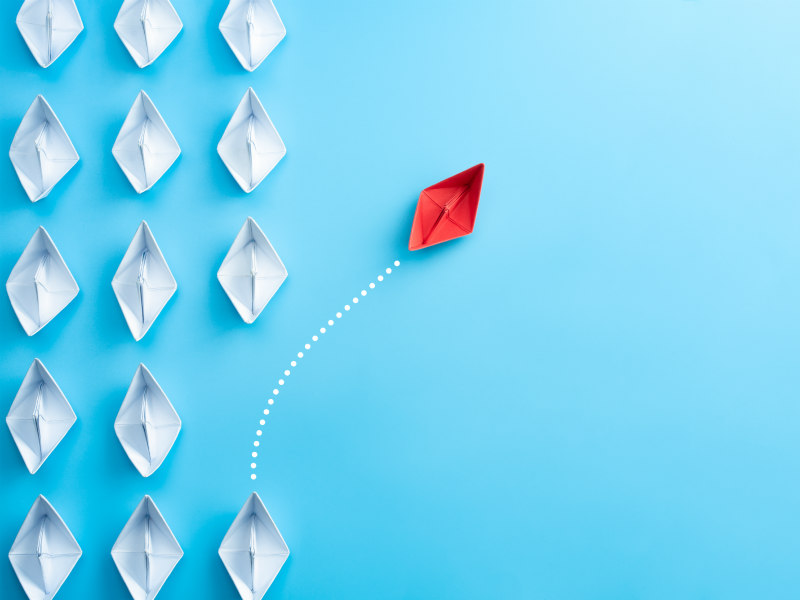 A Tale Of Two MBOs

For all of their profound differences, Frank and Beattie can look to a brighter future after management buyouts at both UK firms.

First, to Australia, where the holding group previously known as Photon finally relinquished its increasingly tenuous grip on Frank, a UK PR firm that has done as much as any agency to define London’s effervescent consumer PR scene over the past two decades.

The split itself seems relatively amicable, and there is no question that both sides benefit. Enero (as Photon is now known) can focus its energies on businesses that it owns and controls outright, without running the risk that Frank’s three key figures — Graham Goodkind, Andrew Bloch and Alex Grier — might suddenly decide to up sticks and launch a competing venture.

Frank’s return to its entrepreneurial roots, meanwhile, will no doubt reinvigorate growth at the celebrated agency. Goodkind and Grier are now firmly ensconced as the key shareholders, with Bloch serving as non-executive director — along with a new management team that reflects the kind of ambition that firms of Frank’s age are not always associated with.

London’s consumer PR market is as cut-throat as they come, often to the benefit of the latest hot shop. Back at the turn of the new millennium, that was Frank; it is to the firm’s credit that it remains relevant in 2021, even as so many of its erstwhile competitors have fallen by the wayside. Independence can only help the firm rediscover its mojo, which — if the Weetabix campaign and recent business wins are any clue — appears to be rebounding in encouraging fashion after some less stellar years.

The Enero/Frank split illustrates the usual perils of holding group ownership, where the acquirer can sometimes be left clutching at straws once earnouts are over. In Frank’s case, though, the situation was further complicated by Photon’s well-publicised financial woes, which effectively scuppered the final payout of its bumper £20m+ earnout in 2011.

Instead, Goodkind and Bloch accepted a lower amount and took back 25% ownership of the firm, alongside Grier. Importantly, this deal also gave Goodkind an effective veto over any plans that Photon/Enero might have for Frank. And so, you can probably forgive new Enero CEO Brent Scrimshaw for concluding that his efforts were better spent on the group’s three core brands — BMF, Hotwire and Orchard.

In the process, it is worth noting that Goodkind led the sale of Frank for more than £20m+ in 2007, before buying it back at a valuation of £1m 14 years later. That is good dealmaking by anyone’s standards, but it also underlines the fluctuation in Frank’s fortunes. From a profit margin of 48% in 2013, the firm now found itself in perfect shape for an MBO in 2021. Neither will Enero feel that it has got the worst end of this particular transaction.

Indeed, the unique circumstances surrounding the Frank MBO may help explain why such deals are so few and far between, despite the desire of many sellers to take back control as ‘kingdom-building’ loses its lustre. Even allowing for the difficulties facing holding groups, MBOs typically require plenty of cash, often at valuations that are beyond the reach of most management teams.

WPP, for example, still owns 50% of Finsbury Glover Hering after the financial firm’s high-profile buy-in. Freuds managed the feat twice — but Matthew Freud has always served as something of an outlier in this industry. Other notable examples over the past decade include MWW (IPG), Bell Pottinger (Chime), Hudson Sandler (Huntsworth) and Sandpiper (Engine).

Much of the remainder — including such names as CCgroup, Wellcom and Wildfire — are MBOs from independent owners, a wholly different kettle of fish from the holding group scenario outlined above.

The latest example of an independent MBO, of course, also took place in the UK last week, at Scotland’s Beattie Communications. Compared to Frank, this was a rather less complicated affair, certainly once Gordon Beattie posted a spectacularly ill-advised take on diversity and inclusion at the firm he founded 40 years ago in Motherwell.

The fallout from Beattie’s post, which began with the line “we don’t hire blacks, gays or Catholics” included his resignation, swiftly followed by his sale of the firm to its current management team, led by CEO Laurna Woods. It is as good an illustration as any of the risks agencies run should they not take diversity and inclusion seriously in 2021.

Let’s be clear. Beattie’s mistake was not just the language he used. His intent was also deeply problematic, characterised by the notion that ‘colourblindness’ is somehow a path to diversity and inclusion. It is not. The concept that race-based differences don’t matter effectively ignores the realities of systemic racism.

Of course, those of us who are victims of such inequality are not afforded the privilege of being ‘colourblind’. Neither can we escape the relentless, demoralising impact of unconscious bias. And so, while it is never pleasant to see anyone lose their job, it is appropriate that Beattie also suffers from the consequences, as Lord Simon Woolley, the former chair of the UK’s Race Disparity Unit Advisory Group, pointed out.

The bigger question, as Woolley also notes, is whether other CEOs will learn the right lessons, rather than persisting with the guise of ‘meritocracy’. His argument undermines the tedious contention that, somehow, anti-racism action should not concern itself with the ramblings of a LinkedIn post. In the PR industry, underpinned as it is by white leadership, there does not seem to be much that is more important than this: another situation where under-represented talent is made to feel excluded, unrecognised, unable to advance and — worst of all — unreasonable for bringing all of this up.

It is an unedifying spectacle, but the industry response at least suggests that last year’s Black Lives Matter movement has spurred a long-overdue reckoning on these issues.

Those questions, understandably, will be asked of Beattie the firm (a rebrand is coming soon) too. The initial messaging — that Gordon Beattie “does not have a prejudiced bone in his body” — appears to miss the point, but Woods’ next line — “the agency can look to the future” — is perhaps more telling.

Ultimately, like any newly-independent firm, Beattie now has the opportunity to forge a new identity, a new presence and a new set of ambitions, complete with concrete anti-racism policies. It is no surprise that Goodkind describes a “startup mentality” taking root following his firm’s MBO. And in that at least, for all their profoundly differing circumstances, Beattie Communications has much in common with Frank. After an MBO, an agency can certainly look forward to the future.