Please refer to our Privacy Policy for important information on the use of cookies. By continuing to use this website, you agree to this.
Home Latest Anheuser-Busch CMO: 'They Won’t Pay Attention To Us Unless We Pay Attention To Them' 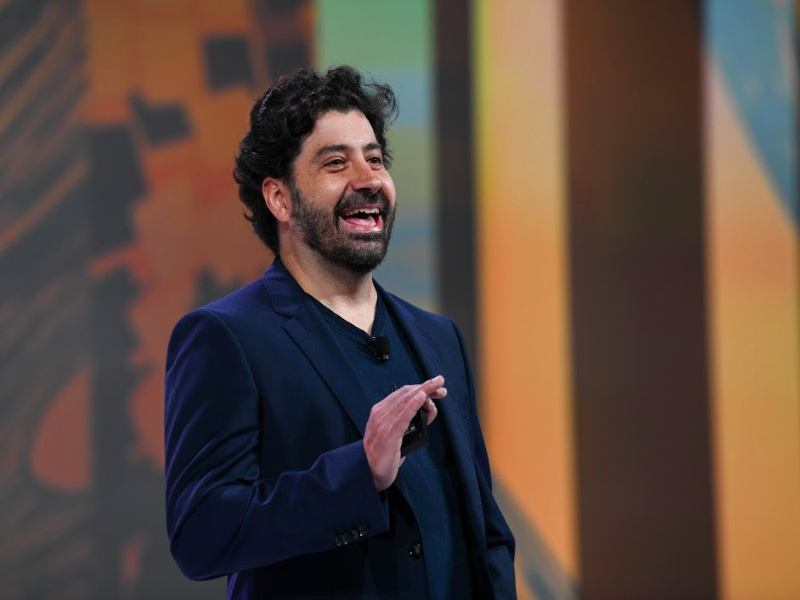 Speaking at the ANA Masters of Marketing conference in Orlando, Marcel Marcondes discussed how marketers operate in a "a real people first" organization.

ORLANDO — When Miami Heat superstar Dwyane Wade retired in April, Anheuser-Busch produced a four-minute tribute that will unequivocally choke you up — and has nothing to do with beer.

A no-fanfare play on Wade swapping jerseys with other NBA players throughout the season, the video shows five individuals whose lives Wade touched, contributing in their own way to his jersey collection, and the stories behind the gifts.

A young woman whose college tuition was paid by Wade gave him her cap and gown. The sister of Joaquin Oliver, a Parkland shooting victim whom Wade honored by writing the high schooler’s name on his shoes, gave him her brother’s jersey. The final gift, an embroidered purple jacket, came from Wade’s mom, a former drug addict whom Wade stood by, eventually buying her a church.

The poignant spot encapsulates what Marcel Marcondes, Anheuser-Busch's US CMO, calls the brewer’s approach to reaching audiences by “humanizing” its brands, which puts consumers “at the center of everything we do.”

For Anheuser-Busch, that tactic is synonymous with the company becoming a “real people first organization,” a sweeping change in marketing mindset that puts telling people what to buy aside for initiatives that require profound understandings of audiences, including their needs and wants, in addition to being in tune with cultural goings-on and societal issues, he said. “We need to speak their language,” Marcondes said.

Which doesn’t mean marketing is all about tugging on consumers’ heartstrings.

The brewer, for instance garnered big attention (and a fair share of criticism) for a Super Bowl video campaign that included medieval mascot Bud Knight getting killed off and a Game of Thrones final season tie-in (It also sparked a lawsuit by saying competitor MillerCoors uses corn syrup in its light beers).

The company scored a marketing coup last year when it put 10 beer-filled “victory fridges” in bars around Cleveland that weren’t unlocked until the NFL’s Browns ended their 19-game losing streak. Last Halloween, fans wore victory fridge costumes. Anheuser-Busch sold 2,000 copies of the coolers in 48 hours. “That’s the power of getting connected to culture, to what people care about,” he said.

Consumers also want to know companies care, Marcondes said. That showed in the enormous response the brewer got to a college video contest that put $1m toward student debt relief. An Anheuser-Busch-commissioned Spike Lee short honoring the 100th anniversary of Jackie Robinson’s birth, and proceeds from a collectable beer bottle, helped fund the Jackie Robinson Museum.

“It’s an intersection between what people are talking about, what people care about, and what we stand for,” he said, adding that adopting a “people first” approach requires a change in mindset among marketers.

“We were educated to convince people to buy whatever we make. But we need to reeducate ourselves so we can adjust what we make (to be in line with) what consumers want,” he said.