Please refer to our Privacy Policy for important information on the use of cookies. By continuing to use this website, you agree to this.
Home Latest Abhinav Kumar To Receive 2019 Individual Achievement SABRE Award In London 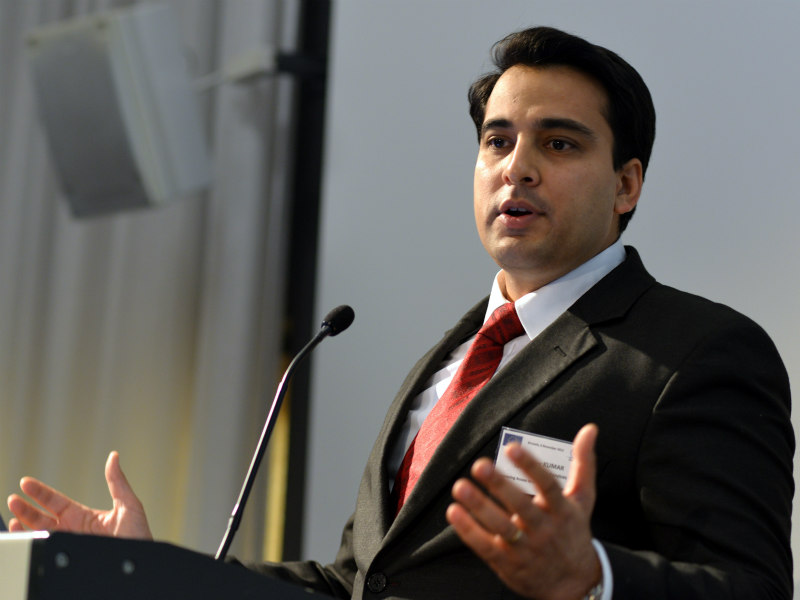 Tata Consultancy Services' chief marketing and communications officer will be honoured at the SABRE Awards EMEA ceremony on 22 May.

Tata Consultancy Services chief marketing and communications officer for global markets Abhinav Kumar will be honoured with the Individual Achievement SABRE Award in London on 22 May, at the 15th edition of the EMEA SABRE Awards.

Kumar was elevated to his current role at the start of 2018, after previously serving for six and a half years as CMCO for Europe. Under Kumar's marketing and communications leadership, TCS' brand value has risen from US$2.3bn in 2010 to US$12.8bn in 2019.

Kumar has spent almost 17 years with TCS, joining the company in India before leading marketing and communications for its Latin American operations, based in Uruguay and then Chile. In 2008, he relocated to Europe and has been based in Brussels since.

"Abhinav is one of those very rare people in whom extremes coexist; he is highly creative and very organized, super strategic with a sharp eye for detail and a fantastic networker," said former TCS chief brand officer Fredrik Jansson, who is now chief strategy, marketing and communications officer at DigiPlex.

"But above all he is a great leader that always puts his team first. He one of the most awarded marcomm executives in IT having championed several dozen high impact initiatives but always ushered his teams up on stage to receive the awards," added Jansson. "I and many other CMOs have used his team oriented, high impact approach as a blueprint. Working under Abhinav’s leadership will always be one of the highlights of my career."

A member of the Holmes Report's Innovator 25, Kumar's work at TCS has resulted in several awards as he has successfully shifted its approach towards far more creative, integrated and effective campaigns — which have also helped underpin TCS' rise into one of the world's largest (and fastest-growing) IT services firms.

"I met Abhinav about 10 to 15 years ago, when I requested TCS HQ in India to assign to Latin America a marketing director," says Tokai Consulting CEO and chairman Gabriel Rozman, who previously served as TCS LatAm president. "Abhinav was assigned such role and I found myself with an energetic young man, full of energy and well liked in Tata Consultancy, but very ignorant of the country in which he was moving to (Uruguay) and especially of the region (South America).

"Nevertheless, Abhinav faced the challenge with enthusiasm and professionalism, and did a superb job, which accrued in being transferred to our Latin American HQ in Santiago, Chile, where he kept on adding success after success in his field and given more international responsibilities, including being transferred to European HQ in Brussels and again taking on the challenge to learn new countries, new cultures, new languages."