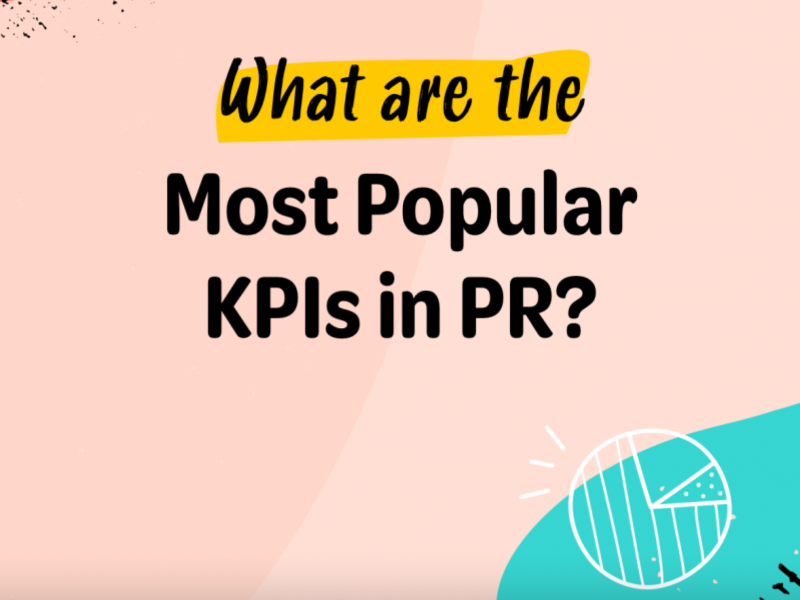 A study from Releasd finds PR professionals are using activities like sending press releases and creating webinars to measure success.

NEW YORK — There’s been “an explosion” over the last six years in the number of PR professionals using activities — sending press releases, organizing webinars and sharing product samples among them — to measure performance, reflecting the expansion of the industry’s offerings.

That, at least, is one of the key takeaways from a new study on PR’s most popular KPIs from the company Releasd, which prepares reports for clients covering PR campaigns, including custom KPIs.

The study analyzed 100,000 such reports containing 400,000 different KPIs including those created by clients and recommended by the International Association for Measurement and Evaluation of Communication, or AMEC — activities, outputs, out-takes, outcomes and impacts among them.

The study found that between 2015 and 2021 the percentage of clients that used activity-based KPIs (described as “the work that’s done before things go live”) jumped from one in five to nearly four in five.

In the report, Releasd founder and CEO Richard Benson said that while the popularity of events like webinars, virtual events and podcasts has been accelerated by the pandemic, the “explosion” in using activities to measure performance is more about the larger expansion of the PR industry.

“This increase demonstrates something important in terms of the journey that the industry has been on,” Benson wrote. “Agencies, in-house teams and freelancers have diversified their services over the years, seizing the opportunities offered in this new, more sophisticated era of marketing and communications.

“There’s every reason to believe that this trend is likely to continue, almost guaranteeing the long-term health of the PR sector after a period of unprecedented turbulence,” he said.

Releasd also analyzed the popularity of output-based KPIs, which AMEC describes as “what you put out that is received by target audiences.”

The popularity of output KPIs has held nearly steady from 2015 to 2021, rising from 91% to 94%, despite historic difficulties in evaluating their success.

“The challenge with output KPIs is that they often provide no evidence that a story will have been received at all — let alone by its intended audience. This is because they tend to involve simply counting the number of pieces of coverage that have appeared, or the total potential ‘reach’ of a publication,” the report said.

“This has been a hugely popular KPI as it’s arguably the best indicator of the quality of a website irrespective of size or search ranking. A high average visit duration...indicates that those who do visit the publication tend to stick around and read its content. It gives some much needed context and depth to the output KPI category,” Benson wrote.

And there is little chance evaluating work based on outputs will end anytime soon.  “Whilst AMEC’s stance on the need to move on from output KPIs is understandable, it’s hard to imagine a future in which they are phased out entirely. For many clients and executives, raw numbers of this kind will always form an important part of the evaluation process whether we like it or not,” he said.

Releasd also found that out-takes — things audiences do resulting from communications like comments, video views and shares — have remained a staple of PR reporting over the years. In 2015, 87% of reports included one or more out-take KPIs. That number increased to 94% in 2021.

However, much like what we’re seeing in outputs, the nature of those out-take KPIs reflect the expansion of the range and quality of data in this category, the report said.  PR professionals today, for instance, can estimate how many times coverage is seen via channels like websites and social feeds. Social engagement is a particularly strong indicator that an audience has taken something out of a story, the report said.

The report also looked at outcome and impact KPIs, which Benson calls “the holy grail of PR” — as well as the hardest thing to measure. In 2015, the number of reports that featured outcome or impact KPIs was negligible, and they were still “quite hard to come by” in 2021.

SMEs (16%) are most likely to include outcome & impact KPIs, followed by enterprise brands (9%) and individuals (1%).

Benson said “it’s the final, crucial stage of the evaluation process where the biggest discrepancy between best practice and reality lies. According to our dataset, many PR professionals are still finding it challenging to effectively measure the outcomes and impacts of their hard work.”

“Budgetary and time constraints were also regularly raised, with many PRs feeling pressured to ‘just get on with it,’” he said. A widespread lack of access to the right tools and people was also a major hindrance.

“However, the encouraging aspect of our conversations was a widespread awareness of best practice and desire to do things right. In other words, most PR practitioners are pushing themselves, their clients and their executives in the right direction,” Benson said. “That’s backed up by the data; outcome and impact KPIs were negligible in 2015, but noticeable in 2021.

“I think that's cause for optimism. Let’s see if the trend continues next year,” he said.