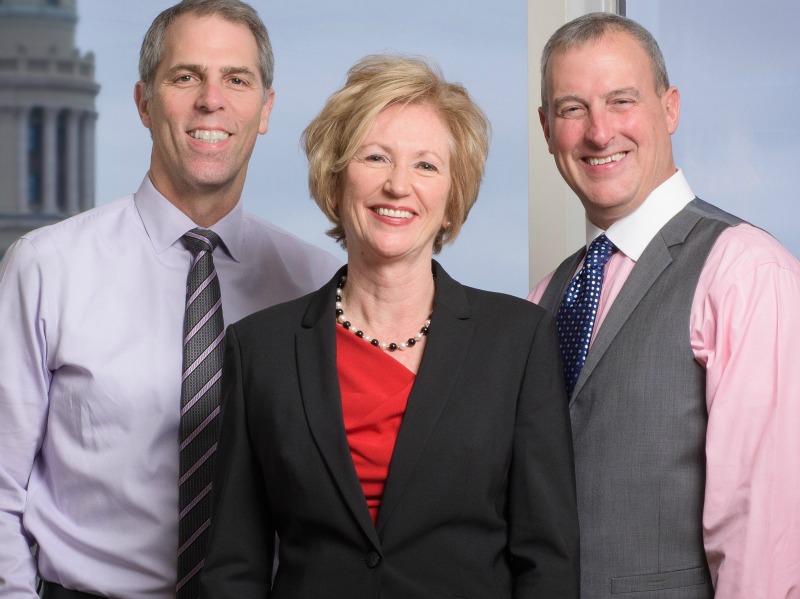 CLEVELAND—Dix & Eaton has promoted Lisa Rose to president of the firm. She joins an executive leadership team (pictured) that also includes chief executive officer Chas Withers and executive chairman Scott Chaikin. Rose is currently a senior managing director and leads D&E’s investor relations practice. In her new position, she will partner with Withers in the areas of client service, practice development, talent development, and professional partnerships and alliances.

CHICAGO—Hill+Knowlton Strategies has added Lisa Schrader, who has joined the firm as a senior vice president from her role as chief of staff to Chicago Mayor Rahm Emanuel. In her previous role, she was responsible for the day-to-day management of the city and its sister agencies. Before that,she served as chief operating officer for the City of Chicago and as a deputy chief of staff and deputy chief financial officer for Chicago Mayor Richard Daley.

CHICAGO—Zapwater Communications has promoted Jennifer Lake to senior vice president. Since joining Zapwater in 2010, Lake has led new business development and many of the agency's fashion, retail and lifestyle clients. In her new position, Lake will be taking on a larger role in strategic planning and operations, while continuing to lead new business development and several key accounts.

SACRAMENTO—Perry Communications Group, a public affairs and strategic communications firm, has added Anita Gore as senior account manager. Before joining PCG, Gore served more than 30 years in public affairs positions at the Department of Finance, the Health & Human Services Agency and most recently the California Department of Public Health. She also directed external affairs for the Board of Equalization and served as staff to both the California State Senate and Assembly.

NILES, MI—Southwest Michigan-based marketing and public relations firm Classic Communications has added Cean Burgeson to its team as senior project manager. Burgeson has worked with national brands such as Whirlpool, Maytag, Gladiator GarageWorks, United Federal Credit Union and Stryker Flex Financial. He previously worked with Classic before leaving the firm to work closer to his home for ARS Advertising in St. Joseph, Mich.

DALLAS—The Point Group, an independent, full-service marketing communications firm, has hired Brian Gross as executive creative director. He previously served as associate director at ANPI, a wholesaler of voice, data and phone solutions, and as senior copywriter at Ambit Energy.