Please refer to our Privacy Policy for important information on the use of cookies. By continuing to use this website, you agree to this.
Home Latest Al Golin: The Key Trait For PR Is Curiosity 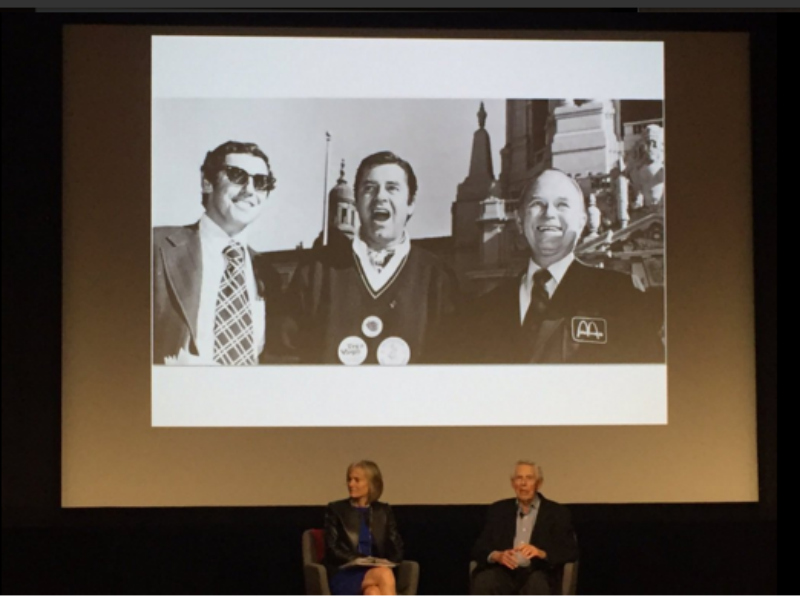 Al Golin: The Key Trait For PR Is Curiosity

Al Golin spoke to an audience at University of Southern California about of his relationship with long-term client McDonald’s and his view on the industry.

LOS ANGELES—The public relations professionals of the future will need writing skills and good judgment, “but the key trait is curiosity,” Golin founder Al Golin told an audience of practitioners and students at the University of Southern California Thursday night.

“The most successful people I have known have had one trait in common, and that’s an insatiable curiosity,” claimed, during an interview with Willow Bay, a veteran television journalist, digital news editor and author, who is now the director of the Annenberg School of Journalism at the University of Southern California.

Golin also talked about the importance of integrity—“Without trust, very few brands can make it. If you lose trust, you’ve lost everything”—and about the willingness to change: “One of my least favorite sayings is, ‘If it ain’t broke don’t fix it.’ Sometimes you have to fix it before it breaks.” An example, he says, is the re-engineering of Golin by current chief executive Fred Cook. “It’s better to do these things before you have to.”

He also entertained the audience with stories of his relationship with long-term client McDonald’s.

Sixty years ago, he recalled, Golin made a cold call to Ray Kroc, founder of McDonald’s. “It was a new chain I had never heard of… but I called him and I said ‘I heard you were trying to start this new venture and I think maybe we can help you launch this’ and he said ‘come on over’ and I said ‘now?’ I raced over there and after about half an hour he said, ‘You start on Monday.’”

The fledgling company’s “financial guy” balked at the $500 a month fee, because he and Kroc were not even paying themselves salaries at the time. But Golin persuaded them that for that reason they couldn’t afford advertising; public relations would have to do everything, both marketing to consumer and making the business case to franchisees.

Kroc “had a flair for theatrical things,” Golin recalls. “If I told him he had to go to Muncie, Ind., he would ask ‘what time do we leave.’ He had the ability to see what PR could accomplish.”

Much of the company’s work back then involved community outreach.

“There weren’t any textbooks at the time about community relations,” which was important because “we wanted to show that they were part of the communities where they operated. It was a local business in that sense. It still is, even though they are now a big global company. But back then we were writing the book on community engagement.”

When the company opened a new restaurant someone would cut a ribbon made of dollar bills and donate the money to local charities.

On the business side, “there was a writer for the Associated Press… and I set up an interview in New York for Ray Kroc in the AP City Room… Ray was talking about what a franchise entailed and all the reporters stopped typing and gathered around the desk. The story ran the next day and the floodgates opened for franchisees.”

His firm continues working with McDonald’s today and is providing counsel as the company continues to be a target for critics of big business.

“They are an easy target, for anything and everything. People blame McDonald’s for the ills of the world.” There is a movie in the works, with Michael Keaton playing Kroc, and Golin has seen the script. “It’s not exactly flattering… they are painting a portrait of him that is not entirely true.” So Golin—because he knew Kroc personally—may make a rare appearance in front of the camera to refute some aspects of the script.

“We advised them not to over-react also. The lawyers always want to sue and we convinced them not to take that approach. We want to be a little bit light-hearted about it too.”