Please refer to our Privacy Policy for important information on the use of cookies. By continuing to use this website, you agree to this.
Home Latest Alibaba: 'Companies Based In China Get Extra Scrutiny' 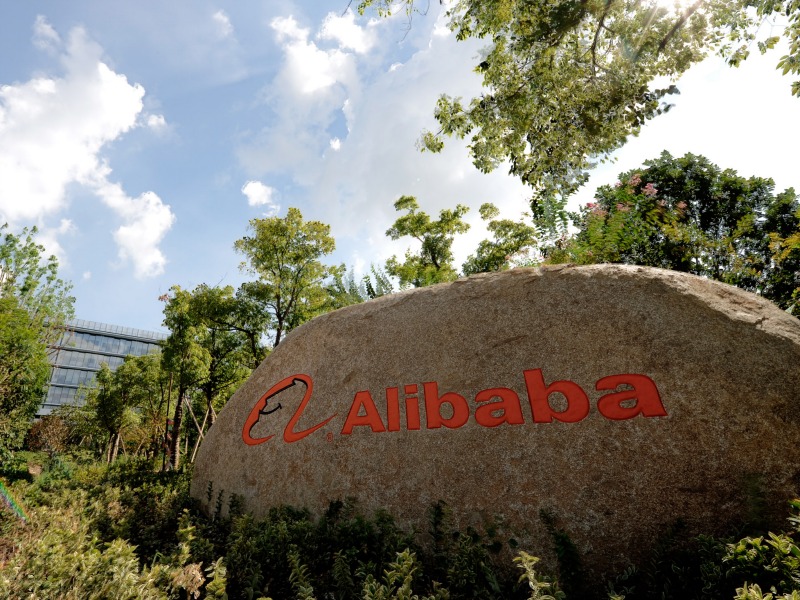 Alibaba: 'Companies Based In China Get Extra Scrutiny'

In an interview with the Holmes Report, Alibaba communications chief Jim Wilkinson explains how the Chinese company is responding to critics and trying to ensure the "truth gets out."

As one of the most high-profile Chinese companies to navigate the journey from local hero to global contender, Alibaba has attracted more scrutiny than most. The e-commerce giant’s listing last year was the biggest ever and, while its stock has traded down since then, the company’s international ambitions are clear.

All of that attention means that Alibaba faces the kind of reputation challenges that few Chinese companies are adequately prepared for. The group sought to address this last year by hiring former Pepsico and Brunswick executive Jim Wilkinson as international communications head, based in San Francisco.

Wilkinson’s arrival has led to a far more proactive effort by Alibaba to open up to the public in the US and beyond. Most notably, that includes the Alibaba Defined initiative that launched earlier this month — a digital platform that aims to help people understand the company and debunk some of the myths surrounding its rise.

Still, challenges persist. Just last month, Wilkinson responded to a pessimistic forecast by Barron’s with a lengthy rebuttal that questioned the validity of the publication’s report. In the following interview with the Holmes Report, we asked Wilkinson about the public relations challenges faced by Alibaba and Chinese companies in general, in an environment that still views them with a measure of distrust.

AS: You’ve talked about the sensationalism in the media. Do you think that is heightened when it comes to Chinese companies?

JW: Most journalists are hard working and dedicated to their profession and the truth. I believe the vast majority of reporters and editors want to fairly report both sides of every story, and they truly want readers to draw their own conclusions.  However, the hard work of these dedicated journalists many times is getting trumped by the pressures of today’s media environment. I think sensationalist media coverage is a trend faced today by all companies, regardless of where they are based geographically. There is certainly no question that companies based in China get extra scrutiny, and many times face unfair double standards and coverage based on stereotypes.

AS: Why do you think that is the case?

JW: Three reasons. The first reason is that there is a general lack of understanding about China and what is actually happening on the ground there. There are a great many editors and journalists who are extremely knowledgable about China, and who write serious thought pieces on the real challenges and opportunities there. These journalists are dedicated and have made great personal sacrifices to cover one of the most interesting and important places in the world. Their work is important and I celebrate these journalists for their thought leadership and contributions to the global debate. However, the hard work of these dedicated journalists often gets drowned out by other reporting that plays into unfair comparisons and stereotypes, reporting that is one dimensional, or reporting that tries to overlay an outside and unrelated model to the Chinese economy which simply doesn’t apply or compare. China is a unique place and it simply can’t be compared to other models around the world.

The second reason relates to competition between and among news organizations. I actually sympathize with news editors and journalists who have to compete in today’s digital world, because there is simply no news cycle today — the news cycle never ends. This competition requires news organizations to move faster than ever before, and to differentiate themselves. This dilemma is not unique to the news industry — it affects almost every business organization and industry today.

The third reason is that a true fact of life today is that many journalists are compensated based on the number of page views they get, not the accuracy they achieve. For those of us that have a true love of serious journalism this is sad, but it is also the real word we live in today.
"There is certainly no question that companies based in China get extra scrutiny, and many times face unfair double standards and coverage based on stereotypes." AS: How best can you respond to that kind of environment?

First, you have to just accept that this is the real world. You have to accept the world as it is, not as you wish it were. Whining about how people just don’t understand you is wasted motion. You have to do something about it and increase your efforts to make sure the truth gets out.

Next, it is always important to remember that facts and data trump sensationalism every time with the audiences that matter most. Let the hard data and facts tell your story. Hyperbole, spin, harsh attacks and hype aren’t particularly effective – these tactics will actually backfire on you. Be understated and low key, and let the data do the talking for you. Serious audiences and influencers will get your side of the story, and you won’t waste any time on the carnival barkers out there who are sensationalist and you probably can’t win over anyway.

AS: What do you think is the biggest communications challenge you are facing?

JW: Our biggest challenge is simply language. Our business is overwhelmingly based in China, yet those who decide the conversation about us are based in the west – and they don’t speak Chinese. Since they don’t speak Chinese they can’t actually use the vast majority of our products and services, so this requires us to be creative in how we communicate. For example, we recently launched a new site called Alibaba Defined which provides a comprehensive education about the overall Alibaba Group business and how consumers interact with us on a daily basis. This new site allows our most important influencers to actually experience our platforms without having to speak Chinese.

AS: How difficult is it when people use disputed numbers to make a case against Alibaba?

When reporters just make up numbers or manipulate data it is particularly unfair. When this happens you have no choice but to fight back aggressively and set the record straight. Let me give you a recent real example we faced. Recently we had a situation where a reporter for Barron’s actually manufactured numbers to try to support a thesis that was simply flawed and inaccurate. The story had actually been written by a reporter that is based in the US and has no real understanding of what is happening on the ground in China today. The real numbers actually disproved the reporter’s thesis and made our case. We fought back and the magazine admitted their mistake and issued a correction on this number. All the world could clearly see that their story lacked integrity, professionalism and fair play. We defended ourselves aggressively. [Ed Note: Barron’s stands by the story, with the exception of one error - “we substantially understated the amount the average American online shopper spends at websites each year.”]

AS: What is the biggest misperception that affects Alibaba’s reputation?

JW: I think some believe that Alibaba Group’s success has somehow come about because of protections inside China.  Nothing could be farther from the truth.  I work with the most kind, decent, dedicated, honest and amazing people I have ever worked with.  And I can tell you that they have built this company on the ground in China over the last 16 years through the ideals of good old fashioned hard work, competition, putting the customer first and a belief that they are working for something bigger than self.  These ideals have proven successful not just for Alibaba Group, but for some of the most iconic companies in the world’s global economic history.  These ideals and values are our company’s secret to success and I’m excited to continue to do more to tell our story.  Our best days are yet to come.