Please refer to our Privacy Policy for important information on the use of cookies. By continuing to use this website, you agree to this.
Home Latest Amber Micala Arnold: 'Accountability Is One Of The Industry’s Biggest Problems' 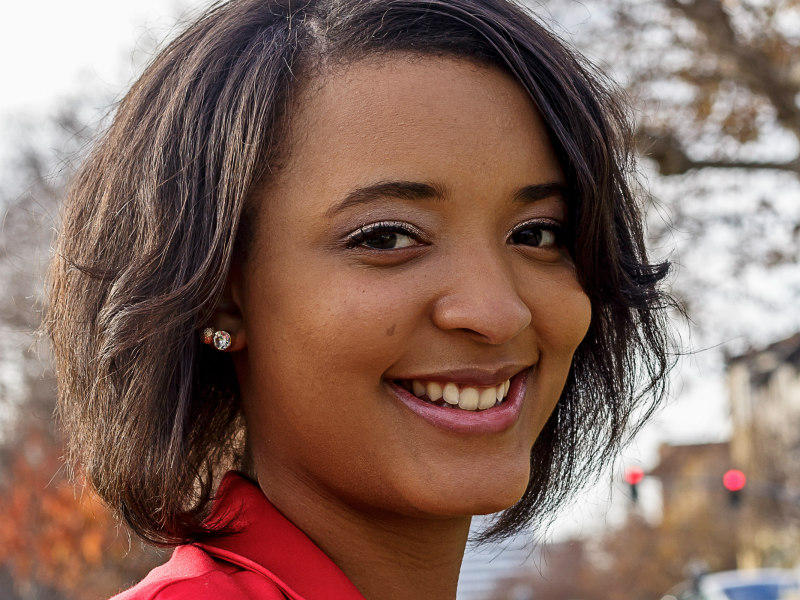 Amber Micala Arnold: 'Accountability Is One Of The Industry’s Biggest Problems'

MWWPR's Amber Micala Arnold talks to PRovoke about whether she expects real change when it comes to dismantling systemic industry racism.

Amber Micala Arnold is a corporate communications account director at MWWPR, and also founded and leads the independent PR firm's diversity and inclusion council. In an interview in 2017, Arnold made a particularly prescient comment about systemic racism in the PR industry: "If something was geared towards your favor, would you want to let that go? If a whole system or structure was built with you in mind, would you want to dismantle it, even if it is the right thing to do? Not likely. Privilege is, and will continue to be, the greatest barrier to diversity and inclusion."

What are you hearing now from your white colleagues?

My white colleagues have been very supportive. A lot have reached out personally, asking me how I am, asking how they can support me, at least from a work perspective. As the leader of our D&I Council, I sent around an all sights email and I got a number of responses to that note, expressing pain and, also, overwhelming support and asking how they can help. One of the things I say is, take some time to educate yourselves on this. I don’t have to be one to inform you about all these issues. These issues are well documented. But I have a number of colleagues who have put together a resource list from articles and films. Overwhelmingly, they have been supportive and reached out, which is different from other times when we’ve seen this happen.

Have they not been paying attention?

I think they have been paying attention, they just don’t know how to respond. They don’t know what to do, or what to say. Even on our D&I Council, we have a number of white colleagues — they come to sit and listen but I encourage them to speak up. I think a number of them feel like they are walking on eggshells, they don’t want to offend me. I tell them they have to speak. If it’s offensive to me, I will tell them. Don’t feel bad if you don’t know. You have to say how you feel. It’s a fear of not knowing what to say or do. Not that they haven’t been paying attention. We’re always saying silence is complicit — a number of my white colleagues feel like they have to say something and if they don’t, I might feel a way about them. But I don’t. I appreciate the effort.

The industry has talked a lot about diversity and inclusion, but have we avoided these difficult conversations?

Yes. Leaders don’t like being uncomfortable. It’s not until they are pushed where they may act. That’s unfortunate. I think we have several leaders in the industry that are a bit more proactive and vocal.

What are you hearing from clients?

Is the messaging they want to put out appropriate, or is it tone deaf while also being authentic to their brand? I think that, for certain agencies, that may be a challenge especially if their account teams aren’t diverse. A couple of the things I’ve advised on are, you need to be explicit about what they are standing up for. Otherwise, it feels a little like an 'all lives matter' rhetoric. A lot of companies want to stay neutral but this is not an issue they can stay neutral on.

The second thing is you have to back up your words with action. We’re seeing a lot of statements out there saying Black Lives Matter and solidarity. What exactly are you doing beyond that? Not many of them can answer that. If you don’t have a plan of action it may not be best for you to speak up right now, it seems very performative. The next question is, what are they hearing from their workforce and what are they hearing from their customers? It just needs to start with some simple, first steps that need to turn into some long term changes. Even if that is doing some racial equity or anti-bias training. Or doing a townhall or providing a safe space not only for Black employees but all employees to come together and talk about the issues. Another thing is to highlight brands that have been doing it well. For example, Nike — there are some key takeaways from what they are doing, a number of them have a history of taking a stand. For companies who are just starting out in this space, we try to highlight a few brands that have been doing it for a while.

I think this goes back to that quote. They are benefiting from certain structures. They have to share the wealth and not a lot of people like doing that. I don’t think there will be a lot of public backlash, it will be more behind closed doors. How are we going to diversify leadership teams at the agencies? We have to bring in one person of color by the end of the year — a lot of people have problems with that. They have problems with goals and quotas. In my opinion, you have to strike a balance, otherwise what progress are you going to see? You have to put bold goals and quotas in place.

We've had diversity and inclusion roles in the industry for several years now, but progress is slow. Where is the disconnect?

For a lot of D&I leaders, the emphasis has been placed on retention and the recruiting is left more up to talent acquisition and HR folks. Some D&I leaders do fall within HR and some don’t. The charge for many is setting the tone around culture — keeping the people inside and helping to promote as well. I do think the emphasis is more on culture and not enough on recruitment. For some people of color in the industry, they are not seeing the promoting as quickly as they might like, so they might jump. It really is a problem in the middle. On our D&I Council, I work directly with the CEO and the chief people officer. I think they [D&I leaders] should report directly to the CEO and should also have the buy-in of other C-suite leaders, as well as a team of change agents to execute on their strategies; this also means having significant resources and budget to support new initiatives and programs, which many may not have.

How should we measure the success of the D&I leadership position?

Accountability is one of the industry’s biggest problems – figuring out what structures or metrics we need to use. Retention numbers are important and also evaluation around how quickly certain levels are rising compared to others. Ongoing surveys of people — what your workforce thinks – is important for the feedback loop to implement change. I don’t think many agencies do that on D&I.

Does criticism of D&I leaders surprise you? Do you think it’s fair?

I think it depends on what D&I leaders feel they are in charge of. I think this does go back to the job description and what they oversee. If you’re a D&I leader and you’re in charge of advancing people of color within the industry or recruiting, and the makeup of the workforce hasn’t changed, then yes. But that’s if that's what the role entails. A lot of D&I leaders are in charge of implementing new programs and mentorship/sponsorship initiatives. Which are nice, but the people who actually do the hiring and promoting, may not be a part of that. And that’s where we’ll see the direct progress, in the hiring and promoting. It goes back to that culture vs recruiting divide. Though inextricably linked, talent management vs culture are two different things. For those D&I leaders who do have more of a hand in talent management, they may not always be set up for success – some may lack the demographic info they need to effectively change their workforces and some bear all the responsibility to create a more inclusive culture, which falls on everyone, not just one person.

Do you think there will be real change now?

It will not be immediate. It will not be this year when we are seeing all these new Black leaders in new roles or issues of police brutality going away. It’s not what companies are saying today — it’s what they are going to do years ahead. And that’s probably where we are right now. I think this moment will help accelerate the change, but it won’t be immediate at all, I don’t feel, unless agencies get more aggressive with putting in goals they are willing to stand by. I think a number of companies are struggling with that.

It’s not for a lack of talent in the industry. There’s so many bright young people coming up, they just need the opportunity. Sometimes the C-suite doesn’t get it. They live in their own little bubble.