Please refer to our Privacy Policy for important information on the use of cookies. By continuing to use this website, you agree to this.
Home Latest American Airlines: ‘The Media Is Obsessed By Aviation; Every Day There Will Be A Story Somewhere’ 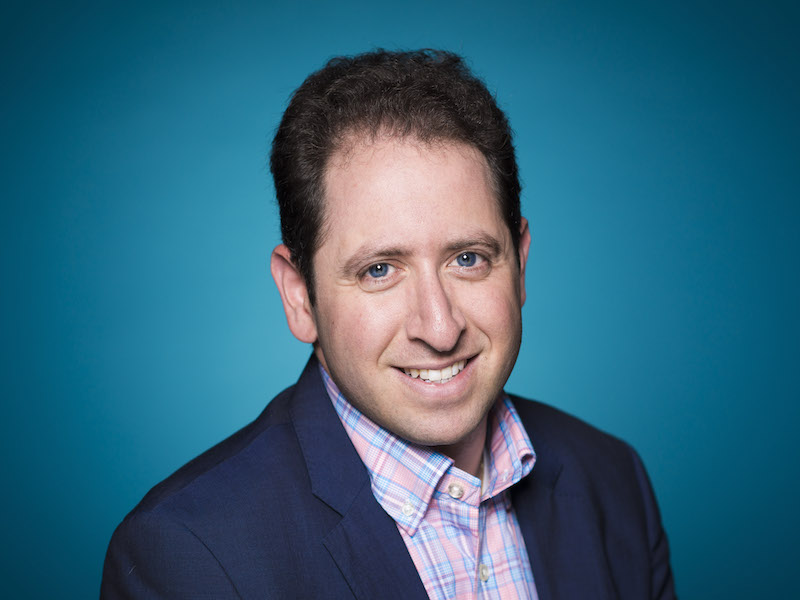 American Airlines: ‘The Media Is Obsessed By Aviation; Every Day There Will Be A Story Somewhere’

American Airlines is the world’s largest airline by fleet size, revenue and passengers, operating around 6,700 flights a day around the world and carrying close to 200m passengers a year. Ross Feinstein worked for the US federal government as deputy press secretary overseeing US intelligence, then as Immigration & Customs Enforcement spokesman, before being the Transportation Security Administration’s press secretary. In 2015, during American Airlines’ merger with US Airways, he was asked to move in-house to lead American Airlines' corporate communications. Feinstein talked to the Holmes Report about running the corporate communications function, including how data and insights inform his team’s day-to-day operational and crisis management.

What’s your role at American Airlines, and how much influence does communications have within the airline?

The American Airlines leadership team cherishes communication: we provide strategic guidance to them and they support comms to make the right decisions for our people and our customers. We had an issue a year or so ago, for instance, where we had to cancel a flight that included a school group who were going to miss a concert in Rome as a result. I put my foot down: it would have been a major communications issue and we would have been the airline that ruined Christmas. So the leadership found an extra plane and we made it happen – that’s the influence we have. There are so many real-time operational stories: with so many flights and so many people every day, it’s inevitable there will be some issue, some disruption, some story, somewhere. I deal with a lot of operational issues and queries, crisis communications, working with corporate security and social media team, handling issues as quickly as possible. People call me the bad news guy – when I call it’s not always positive.

What shape is the reputation of American Airlines in now, in your opinion?

The majority of our customers have a positive experience flying American Airlines, but we all hear the stories of flight delays and problems. A lot of the time the negative experiences are driven by weather or mechanical issues but overall it’s positive: in 2017, 200m passengers travelled safely across our system. Of course there are going to be service issues, and customers and the team can get aggravated, but we try and resolve things as quickly as possible through customer service and social media. We know it’s not always going to go right.

What are your biggest communications challenges?

There’s a challenge every day in this business. Today, for example, we have inclement weather all the way down the US East Coast. The biggest challenge is that social media is so much more influential than it used to be, so people are tweeting issues and problems and we are media monitoring in real time. There is a media obsession with aviation. Last week, for instance, one of our airplanes scraped a truck at the wing end and we had to evacuate the plane so it could go into service; it was the top story on one networked broadcaster. Anything that happens will always make the news in some shape or form – we’re not looking to hide stories, but we are keen to handle them proactively.

How do you use social media as part of your corporate communications strategy?

Our use of social has definitely evolved: customers want to book on our website and use our mobile app, and a lot want to interact on social media, providing commentary and talking to us about everything from missing bags, being late to the airport or trying to fix seat assignments, to customer issues on the aircraft or bad experiences, where they vent their frustration at our brand via social media. Our baggage team and customer service team use social, and our social media team sits a few feet away from our operational leaders so they can provide insight about what’s happening in real time. We now find out about issues via social before someone can pick up a phone, so it really helps, especially when we might not yet be fully aware of an issue operationally.

What data and insights tools do you use?

Dataminr [the real-time social media information service] is the tool I love to hate, but I couldn’t live without it. It’s our early warning system. A few years ago, I suddenly noticed that I was waking up and would have 10 media calls within 30 seconds about the same issue, and I would be wondering where it was all coming from. Then we realised that all the media in the US subscribe to Dataminr for alerts on issues in the airline industry. I originally got interested because I needed to know before the media did, to get a head start: I can’t not have the same tool that journalists are using to track my brand. It’s much quicker than the newswires, and quicker than any email or phone call. Before, we were operating blind, now at least we can look straight into what’s happening if it’s about our brand. Now we’re looking at Dataminr alerts around the world about aviation in general, not just our brand. For instance, at the time of the tragic Indonesian air crash last month, we were able to forward alerts to our safety and leadership teams to make them aware before anything hit the newswires, as we operate the same aircraft.

Do you work with PR agencies?

Our leadership is very keen that we do our own PR work, so we have no agencies of record in the US, although we do use external crisis and issues support where we need it and do sometimes work with local agencies. Before the merger, we did a lot of outsourcing, but the new leadership believes strongly that we really need American Airlines' team members working on our comms, and we handle 99% of it in-house. There are probably around 100 of us including the social media team, at HQ in Fort Worth, Texas, and across the globe from London to Hong Kong.