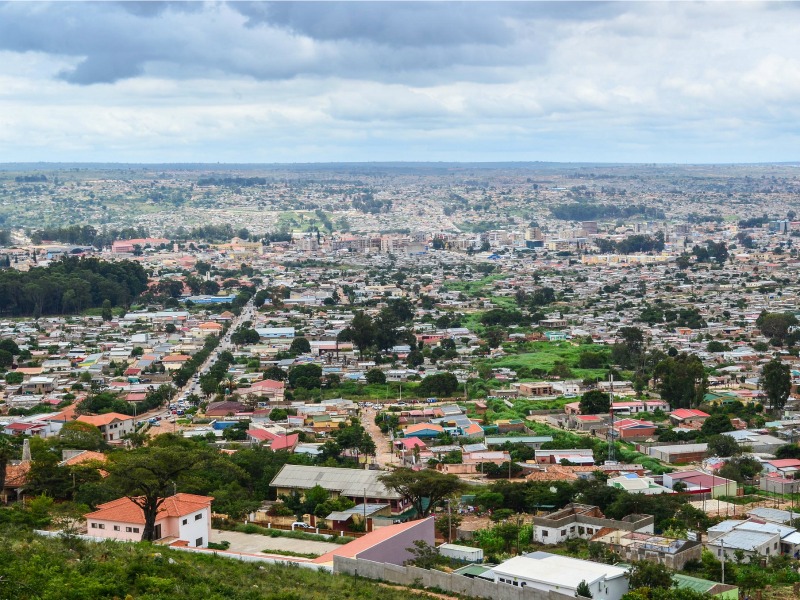 The idea of there being a middle class in Africa might seem odd to the average westerner, but it’s a fact. African consumers now have greater disposable income and are increasingly demanding higher quality products.

If we were to judge Africa by what we see on the news, we’d be forgiven for thinking that the region faces unsurmountable development challenges. While undoubtedly issues across the continent remain, it is important to point out the reality: Africa is booming. In fact, the pace of change has been so frenetic over the past decade that many of the region’s countries are growing at a rate that most western countries can only dream of.

By almost every measure, the fortunes of companies, governments and ordinary Africans have greatly improved over the past decade. For those of us in communications, this reputational paradox presents us with a unique challenge.

Political stability is one of the most important factors in communicating how and why Africa has changed. Tribal conflict is a thing of the past, a factor not lost on investors. Foreign direct investment in Africa’s biggest economies not only grew before the global financial crisis but during and beyond. Seven of the world’s ten fastest growing economies are in sub-Saharan Africa (The Economist, IMF) thanks to strong capital investment in infrastructure and foreign direct investment.

Countries such as Nigeria, Mozambique, Ghana and Angola have made remarkable progress.  Angola, Nigeria and Mozambique are among the top five destinations for capital investment with $16bn, $11bn and $9bn respectively in 2014.  Angola is a particularly impressive story – it ended a decades-long civil war in 2002 and since then has enjoyed genuine peace and stability.

These headlines figures and results are more than economic indicators though – they are reflected on the streets of many of the region’s major cities and towns. Job growth and wage rises have given birth to a burgeoning middle class. The idea of there being a middle class in Africa might seem odd to the average westerner, but it’s a fact. African consumers now have greater disposable income and are increasingly demanding higher quality products.

Between 2008 and 2020, consumer spending is predicted to rise from $860bn to $1.4tn, according to the McKinsey Global Institute. Communications firms should take note that Africa also has an incredibly young population with one of the highest levels of mobile phone penetration in the world – this is a generation that has a huge appetite for media across traditional and digital channels. Brands and public figures need to factor this in to their communications strategies.

This dramatic rise in consumer spending is also a key driver of growth in the services sector. Advertising spend rose by 14.6% in 2014, against the global average of 3.2%. The fact is, any advertising agency looking for growth should be investing in Africa. And as demand for consumer goods increases, so too does manufacturing and investment in business-critical infrastructure. This virtuous cycle of investment and spending presents communications companies with enormous opportunities and the great news is that there is an increasing demand for the more sophisticated communications tools. 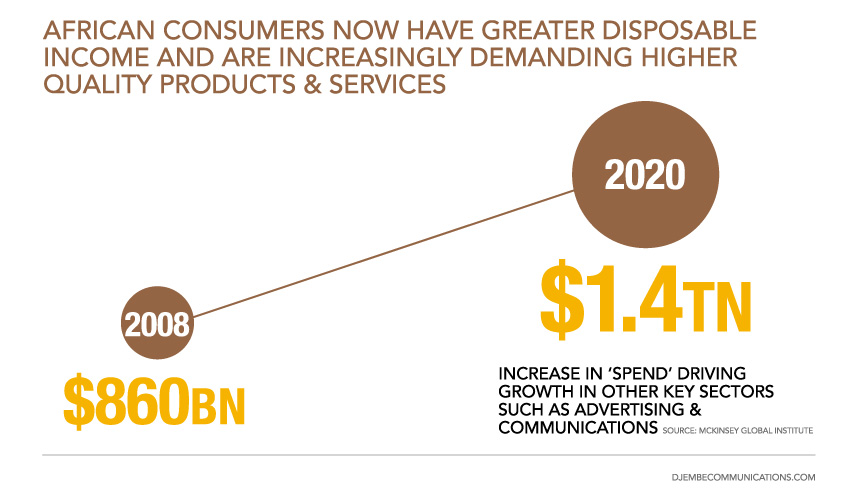 That demand is coming from three main areas of economic activity: global firms looking to enter the African market, African governments and government related entities that need to communicate outside of Africa and home-grown companies and SME’s looking for new business development opportunities. Governments have a particular need for reputational counsel  such as in the area of investor relations, crisis and risk management, and international media engagement.

This is partly because of the reputational legacy that African governments sometimes have to deal with among key international stakeholders. In Angola, despite more than a decade of good governance and economic stability, the international press still reacted with caution when it launched its first sovereign wealth fund.

Issues such as transparency, open accountability and good corporate governance came to the fore and the Fund’s management had to quickly address these issues and respond to the media’s concerns. They depended heavily on modern PR and communications services to build a sterling reputation on the international scene, one based on transparency and accountability.

These developments present opportunities for anybody working in communications in 2015 and beyond. And if western businesses do want to have a role in Africa’s bright future, all they have to do is scratch beneath the surface of sensationalist headlines to see a new Africa; driven by economic stability, stable government, innovation and a young population that is determined to leave the past well and truly in the past.