Please refer to our Privacy Policy for important information on the use of cookies. By continuing to use this website, you agree to this.
Home Latest Analysis: Lixil Puts Faith In Communications Following Feud 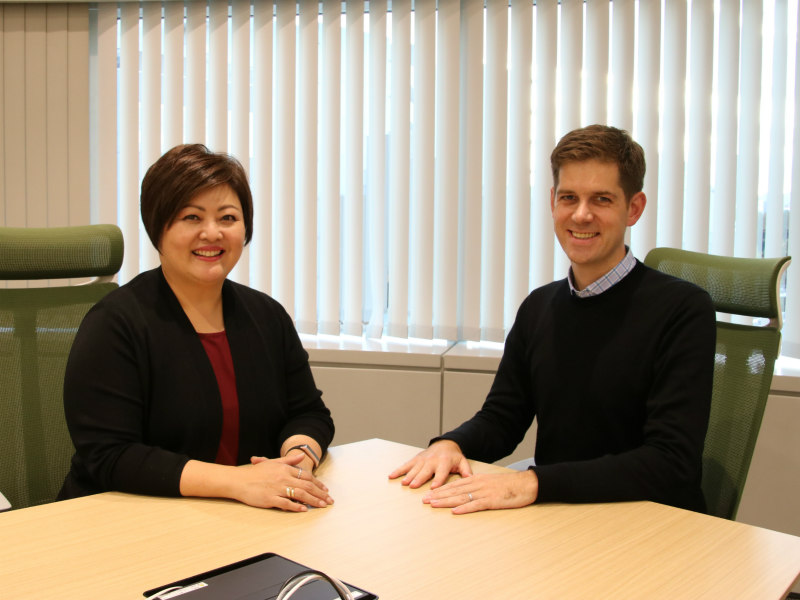 TOKYO — The return of Kinya Seto as chief executive of Lixil in the summer after a high profile shareholder battle has meant a realignment for the communications department that will see more focus on human resources as well as on moving from a traditional B2B strategy to one that is more consumer-facing.

Seto, who had led the company since 2016, was ousted last October after feuding with one of its founding families. He was reinstated in June after shareholders, in a display of activism rarely seen in Japan, mobilised against the chairman and chief executive, Yoichiro Ushioda.

Seto’s reappointment means renewed emphasis on modernising and internationalising Lixil’s culture, says Jin Montesano, who is now ‘chief people officer’ in addition to being chief public affairs officer and an executive officer. Montesano’s first “coup” with her HR hat on was to draw back John Short, formerly head of communications and CSR, with a promotion to chief communications officer after a six-month hiatus at Hitachi Automotive Systems.

In traditional Japanese companies, communications is sometimes treated as an extension of the HR function, with predictably dismal results. In Lixil’s case it is the reverse, and Montesano notes that major companies are increasingly appointing non-HR professionals to the top HR job as a way to move from being process-oriented to people-oriented.

HR “went through a period of becoming more of a systems-thinking organisation and lost along the way the fact that behind systems are people,” she says.

“Kinya’s expectation is to put communications at the centre of what we do and help it become the agent of change in our mindset, then leverage HR to reach everyone but also pull back the voice of the employees at the front lines and the furthest distances to where the decision makers sit so we can have this two-way feedback.”

In an ideal world, Lixil would have a flat culture, Montesano says, where “everyone needs to believe their voice matters regardless of rank or whether their boss is sitting in the room… We want a lot more bottom-up voices; we want more people to challenge executives on their decisions”.

One way the company has tried to achieve that is with Workplace, a platform designed to make it possible for employees of all levels to communicate with top executives by removing the sense of hierarchy prevalent in large Japanese organisations. The system excludes job titles, which has a democratising effect, enabling “healthy tension and discussion” and hopefully better decision-making.

“I saw that play out during the shareholder struggle where at times the management were at loggerheads about how to communicate internally about what was going on,” she says, explaining that in place of a robust internal communications strategy, employees circulated articles and shared opinions freely on the platform.

The system helps bypass middle managers who are resistant to change, Montesano says. But she acknowledges that there is a lot more to do than just making the process of communicating easier. Stubborn middle managers are employees too, and as well as finding ways around them, the communications department will need to work to bring them on-side with changes to the business.

Lixil faces external challenges too. For many in Japan, the top-level wrangling has tainted the corporate brand and led to the perception of instability. But Montesano insists that it has had positive outcomes too.

“On the one hand, people say, what a mess, having all its dirty laundry out there,” she says. “On the other, people reach out and say, it’s incredible that senior management and employees stood behind what they believed was the right thing to do… We’ve had people at senior levels get in touch and say, is there a role for me in your organisation, because it starts to represent a company that stood for doing the right thing against all the odds and emerged on the right side of history.”

She admits that the company does still need to recover its reputation, especially as many would not have followed the proceedings closely enough to see anything but negativity. Instead of explaining what happened, Lixil plans to focus on the future. The mid-term plan, formulated last November, remains essentially unchanged: to invest in design and to try to develop service and other new business models including the implementation of home technology. Montesano hopes that a consistent message of innovation will ultimately drown out the echoes of all the ugly squabbling.

Of course, future power struggles are not out of the question, and indeed one observer in communications at an unrelated, large, Japanese company thinks it would be unlikely that founding family members would relinquish control so easily. But the case has been held up as an example of power transferring to the hands of shareholders in Japan more widely.

“What was interesting was that the investors that stood up for this weren’t considered activists,” Short says. “If we’d seen this happen five or 10 years ago, maybe the outcome would have been different.”

Communications played an important role in helping the shareholders win out, Montesano says. “You can argue it all came down to communications as to which side prevailed. One could argue that the shareholder side was much more transparent, ready and able to communicate why they should lead. And so in communications in this new world, that bar for transparency just gets higher and higher. Transparency doesn’t mean everything on the table, because we’re already living in an over-informed world, but it means taking what’s important and really translating that into usable knowledge that helps a company achieve its goals. It’s really a much more strategic role than people perhaps understand communications to be.”

For Short, investment in change communications is next on the agenda. Lixil’s employees are suffering from “change fatigue”, Montesano says, which makes it vital to “boil things down and keep things simple but transparent”.

“Helping employees understand what it is, why and how it will be done, and what’s in it for me. It’s really fundamental stuff that’s hard to execute.”

At least employees have the 2020 Olympics to look forward to. Seto has made clear that the gold partner-level sponsorship is designed to benefit them first and foremost, with sales and brand uplift secondary.