Please refer to our Privacy Policy for important information on the use of cookies. By continuing to use this website, you agree to this.
Home Latest Aspen: The Rise Of Individualism, The Decline In Trust 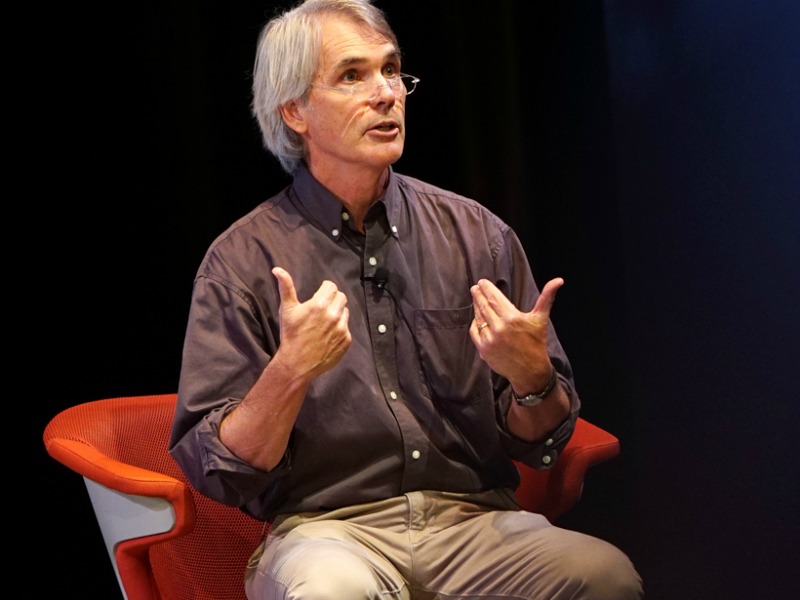 Aspen: The Rise Of Individualism, The Decline In Trust

There is a direct line between the rise of individualism, the decline of trust in public institutions, and political polarization, journalist and author William Bishop told the Ideas Festival today.

“Respect for institutions has gone and it won’t be coming back,” William Bishop, journalist and author of The Big Sort: Why the Clustering of Like-Minded America is Tearing Us Apart, told an audience at the Aspen Ideas Festival this morning, focused on “Trust, Individualism, and American Identity.” He added: “The big democratic question is how do you manage a world in which everybody gets to decide their own truth and nobody has faith in institutions.”

Mickey Edwards, vice president and director of the Rodel Fellowships in Public Leadership at The Aspen Institute, moderating the session, set the stage with the assertion that: “We are more and more finding ourselves as a country, in a place where people who surround themselves with neighbors who think as they do, go to church where they do. We now have pockets of likeminded citizens that have become so ideologically inbred that we can barely conceive of those people who live only a few miles from us.”

Bishop’s explanation for the erosion of institutional trust is a trend toward greater individualism, encouraged or facilitated by both the left and the right: “Both parties are complicit,” he said. “The left wants total social freedom. The right wants total economic freedom.”

He draws a direct line from this emphasis on individualism to our current political problems. “Fake news came from us, because we get to choose what we believe. That’s a product of a change in how people see themselves in the world.”

He pointed to several changes that have taken place in recent decades. In the past, when researchers asked parents what they wanted from their children, the answer was “obedience”; since the 70s, the answer was more likely to be “independence.” Marriage is no longer a commitment, but a matter of personal fulfilment. Security is no longer provided by the community, through the police, but by “stand your ground” laws where providing security is an individual responsibility.

“One of the products of modernity is that the structures that used to bring us together and hold us up are declining: from family to education to union membership to religion. We are less likely to believe in tradition. Those things that gave us meaning have collapsed and providing meaning has fallen to us as individuals.”

In terms of politics, meanwhile, “a quarter of people now live in counties where one candidate won by 20 percentage points, landslide counties. Places are diverging in terms of employment, new business startups, suicide rates. This is a reversal of a trend: in the years after World War Two, places were converging.”

He pointed to the contrast between John F Kennedy’s Profiles in Courage, which examined the way in which individuals in the Senate achieved progress, to Barack Obama’s Dreams from my Father, the life story of someone born outside any community, who found a place and a purpose that gave his life meaning.

“Once upon a time people were born in community and had to find individuals; now people are born as individuals and have to find their community. One of them was focused on how would people work in an institution, the other was a story of self-discovery.”

While the overall perspective of Cooper’s narrative was gloomy, he did offer some advice on breaking the cycle. “We all want ultimate freedom. But to quote Bob Dylan, ‘you're gonna have to serve somebody.’ We have to stop complaining that this is something that has been done to us, and we have to think about what we can do, how we can make our lives richer by giving up some freedom and giving up some choices to become members of a community.”