Please refer to our Privacy Policy for important information on the use of cookies. By continuing to use this website, you agree to this.
Home Latest Atom Bank Appoints Frank On Advertising & PR Brief 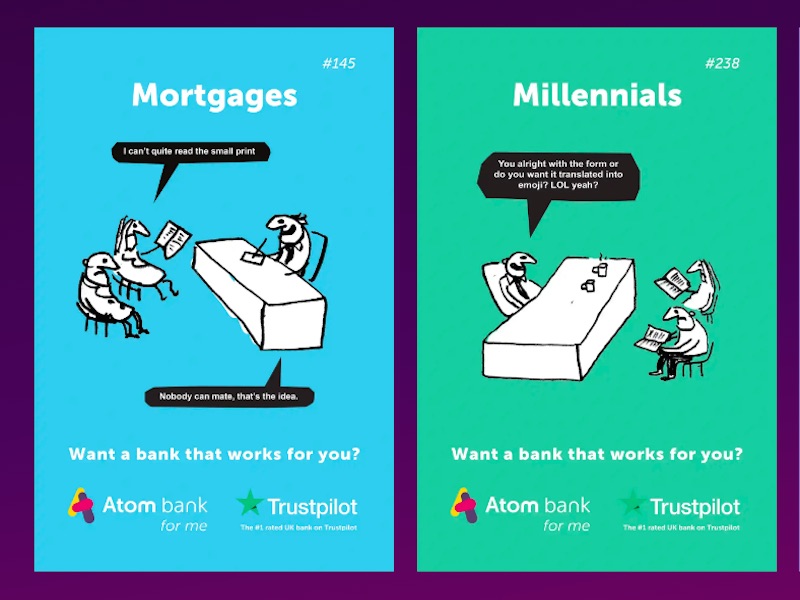 The agency has launched an out-of-home campaign for the challenger bank, targeting first-time buyers.

LONDON — Atom Bank has appointed Frank on an advertising and PR brief, after a pitch process which saw the agency competing with traditional advertising agencies.

The ads were created and produced in house by Frank, and will run across London and the North East of England, as Atom is based in Durham.

Frank creative director Graeme Anthony said: “We've loved every minute of working on this campaign, and it's been incredible to see a Frank idea come to life exactly as we pitched it. Both Atom Bank and Modern Toss have been a pleasure to work with, so let's hope we can shake up the banking industry together again in the future.”

Atom, which was launched in 2016 with an executive team led by former First Direct CEO Mark Mullen, has been voted the UK's most trusted bank on Trustpilot and was ranked ninth in KPMG’s Global fintech list in 2018.