Please refer to our Privacy Policy for important information on the use of cookies. By continuing to use this website, you agree to this.
Home Latest BoldT Hires Steve Earl & Jon Rhodes To Lead London Office 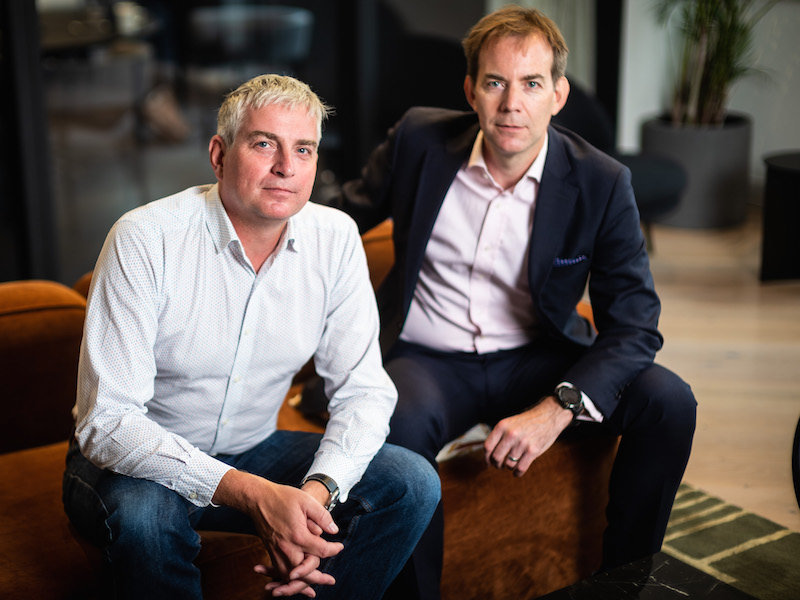 The fast-growing agency’s eighth office — and its first outside Continental Europe — is opening in response to client demand.

LONDON —BoldT is opening its first office outside Continental Europe and has brought former APCO Worldwide and Zeno leader Steve Earl and KPMG corporate affairs director Jon Rhodes on board as partners to head up the London team, PRovoke Media can reveal.

The fast-growing business strategy and communications agency was launched in late 2017. The London office is its eighth, adding to teams in Amsterdam, Berlin, Brussels, Cologne, Dusseldorf, Oslo and Zurich, many of which are led by former Burson-Marsteller execs.

Earl (pictured, left) left APCO Worldwide in April this year after less than a year as its London managing director. He had joined after six years as Europe managing director of Zeno Group, and played a leading role in the acquisition of 3 Monkeys to create 3 Monkeys Zeno in 2016. Earl started his career as a regional news reporter before moving into the agency world, and then founding Rainier PR with Stephen Waddington in 1998.

Rhodes (pictured, right) was most recently corporate affairs director at KPMG. Before that, he spent seven years as director of corporate affairs for Business Growth Fund (BGF), helping it to become Europe’s largest provider of long-term equity capital for growing businesses. He was previously a partner at Brunswick, having begun his career as an adviser to shadow cabinet ministers in the UK Government.

The duo are already interviewing for two senior hires and said they were looking to build quickly in London. Their launch clients include technology and financial services firms who were not existing clients within the BoldT network.

BoldT managing partner Jeremy Galbraith said London was “the crucial, turbo-charging ingredient BoldT has been looking to add since our foundation.” He said: “The London office and its leaders will further strengthen the close bonds between our teams, drive international capabilities and be a new force to be reckoned with in both the UK and European markets.”

Galbraith added: “We have given great thought to the experience and expertise needed to bring BoldT the right senior advisory capabilities and business development acumen in London in order to fully support both London-based and global clients. BoldT has achieved this in hiring Jon and Steve, as they are  communications professionals with extensive track records in counselling large multinationals, driving business growth and leading change in disrupted, dynamic markets.”

Earl told PRovoke Media: “Jon and I have been mates for years so we know we have the right chemistry, and BoldT has all the ingredients you’d want in the ideal communications agency for the times we live in. Top talent is brought forward and the energy and brain power is fantastic: we’re working with like-minded people with great track records and big clients who want this kind of agency rather than one of the big networks.”

He added: “We’re ready for the more intense needs that clients have now, helping them get to grips with complex and rapid change, with their advisors really close by.”

Rhodes told PRovoke Media: “I’ve been out of big agency life for a decade or so but I’ve been a heavy user of agencies and BoldT has the makings of a European heavyweight. I really like the model of one team across Europe that has all the aspects of a integrated agency, from in-house branding and design through to public affairs and government relations experience.”