Please refer to our Privacy Policy for important information on the use of cookies. By continuing to use this website, you agree to this.
Home Latest Brands Look To Optimize NFL Affiliations Amid Challenges 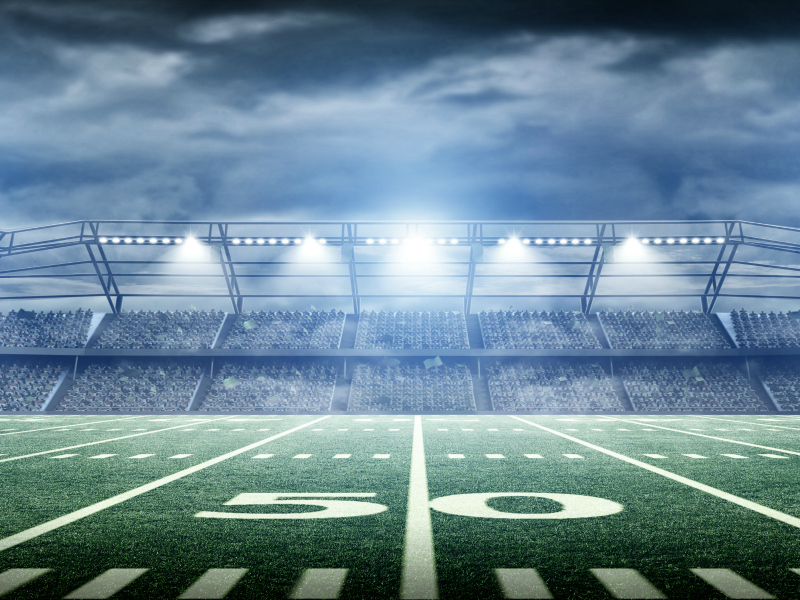 With controversy potentially in the offing from many directions brands have to be careful they support people who are doing the right thing.

Sliding TV viewership, disaffection among Millennials, the need to appeal to female fans and growing concern about issues like player health and behavior are combining to require a retooling of how brands seek to make the most of their National Football League tie-ins.

This dip has been many years in the making — although likely compounded by more recent controversies. During the 2016 regular season, total viewership of NFL broadcasts dipped an average 8% compared to the previous season, according to the league. That represents a worsening of a years-long trend of flat viewership growth.

The NFL has potentially bigger problems with its image among the largest generation, millennials. A 2014 survey found three out of five millennials considered the NFL "sleazy."

And, while professional football has a decent proportion of female fans, there is question about how it can appeal to female consumers beyond pink jersey gimmicks.

Thus far, these concerns are prompting attention but not alarm among marketing communicators. "The NFL is obviously not in a crisis at the moment," says Richard Levick, chairman and CEO of Washington, D.C.-based crisis communications firm Levick. "They are one of the most valuable if not the most valuable sports franchises in the world." Still, Levick says marketing communicators and the league itself need to recognize there are issues.

When it comes to millennials, one trend this season is toward campaigns that employ more than one attractant. For instance, says Bret Werner, president of New York-Based MWWPR, points to Nike's new ads featuring BMX rider Nigel Sylvester modeling a vintage Joe Namath jersey. The strategy, Werner says, is to appeal to both BMX fans and NFL fans.

"That cross-pollination opens up many ways to communicate with people," Werner says, "If people are getting harder to reach it's better to surround audiences with multiple touch points."

TV viewership shouldn't be an indicator of being a fan of anything these days. People are consuming content on a whole host of platforms.

Marketing communications that provide a real service of value to NFL fans is a nascent trend favored by Samantha Baier, director of digital sports for Taylor in Charlotte, North Carolina. For example she points to brands that sponsor behind-the-scenes looks at locker room post-game celebrations.

"That's the stuff we really stress to the brands we work with," she says. "Is this providing value or is this just disrupting?" Ideally, the service provided to fans links with the brand's offering, such as IBM supplying game data statistical analysis, Baier adds.

Focusing on female fans is something Baier says she's seen brands doing a lot lately. And they've been doing so with more than the tailgate recipes and game day party tips that have been standard fare dished out to female fans. The difference, Baier says, is "recognizing that women are real avid fans and not just all that fluffy stuff like pink jerseys and recipes and makeup and hair looks to show off being a fan. You have to go deeper."

A commercial by Procter & Gamble's Secret deodorant brand celebrating Beth Mowins' turn as the first nationally televised female play-by-play announcer is the kind of thing Baier is talking about. "Recognizing those kinds of accomplishments and having folks to look up to and see as role models for young girls is a powerful statement in such a male-dominated sport," Baier says.

One marketing playing field the NFL dominates is word of mouth. In 2017, the league generates more conversation than any major sport, according to research from YouGov BrandIndex. Coupled with trending weakness in TV viewership, word of mouth strength suggests marketing communications might do well to focus more on the buzz and less on the box.

Levick says one reason word of mouth is strong is that the televised games are getting so long that it turns off viewers -- especially millennials who already prefer social media conversations and brief online video clips. "That's where brands are going because that's where the youth audience is going," he says. "They don't watch the whole game. They watch highlights."

The NFL's word of mouth prowess doesn't mean marketers can be careless about how they approach the channel, says Baier. Again, the idea is to insert a brand where it authentically belongs and can add value, she says.

"What's really important to brands is where they can fit in," Baier says. "Are you part of the preparation conversation, getting ready before a game? Is it the celebration afterward? Is it rehashing the analytics after the game? Do you have a player you're celebrating in real time?"

This season's #TakeAKnee controversy compounds a hefty share of high-profile off-field issues, ranging from this domestic violence accusations against star athletes to devastating brain conditions epidemic among former players. Baier says with controversy potentially in the offing from many directions brands have to be careful they support people who are doing the right thing.

As the Holmes Report previously reported, when it comes to #TakeAKnee, the brands backing the NFL so far are playing this one safe and keeping relatively quiet – and likely will continue to as long as they’re able, sports marketers said. For instance, Ford, Under Armour and Anheuser-Busch affirmed their beliefs in players’ rights to express themselves, but also nodded to patriotism and the flag. Nike and Hyundia were more direct in backing players.

Meanwhile, MWW's Werner says that, so far, the discussion about chronic traumatic encephalopathy, or CTE, the impact-related brain ailment shown to affect large numbers of former NFL players, also has had little marketing impact. "The NFL has done a very good job of trying to understand the problem and look for solutions," he said. "I don't think it's an issue for marketers at this time."

That may not last forever, warns Levick. "You're seeing announcers questioning the profession," he says. "You're going to see sponsors getting uncomfortable. It hasn't happened yet but it's not far off in the distance."

There is question as to whether Nielsen data showing declining viewership means fans are becoming alienated or whether fans are just paying attention through other media. "TV viewership shouldn't be an indicator of being a fan of anything these days," Baier says. "People are consuming content on a whole host of platforms."

And one recent survey suggests many fans are actually consuming more NFL now on TV than in the recent past. While 10 percent of fans surveyed by J.D. Power in 2017 said they watched less NFL programming in the most recent season, 29 percent indicated they watched more.

In any event, right now marketers are still among the league's bigger fans. "Obviously, the NFL has a taken a little bit of a hit," Baier says. "But we've seen great opportunity to reach younger audiences and female fans with NFL content. From a brand perspective and a marketing perspective it's still a great vehicle."