Please refer to our Privacy Policy for important information on the use of cookies. By continuing to use this website, you agree to this.
Home Latest Cannes: 'How Do You Sell Shoes That Everyone Turns Their Noses Up At?' 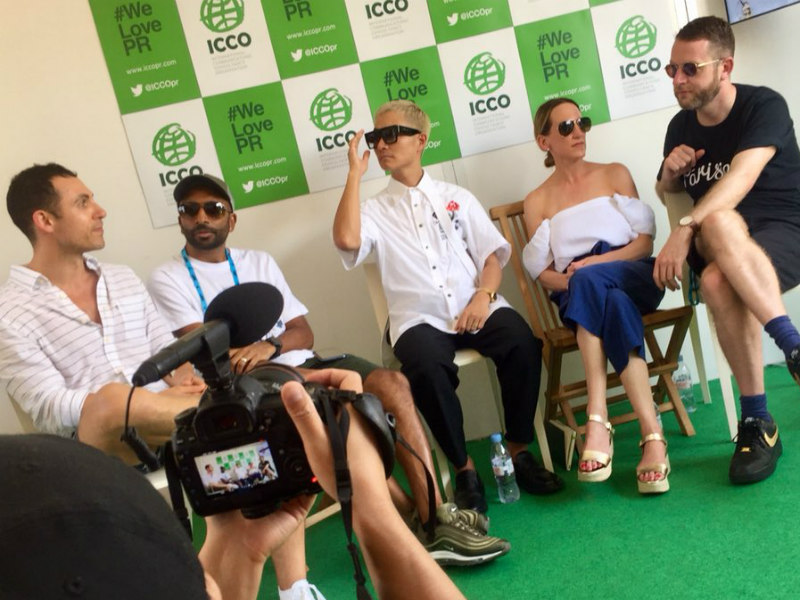 Cannes: 'How Do You Sell Shoes That Everyone Turns Their Noses Up At?'

Creatives from PR and the music industry demonstrated the power of visuals in creating messages with impact.

CANNES — When Kev O’Sullivan joined FleishmanHillard London nearly two years ago, he was hit with one of those clients that stumps you, the kind, he said, “I could not get my head around” — Crocs.

“How do you sell the shoes that everyone turns their noses up at,” said O’Sullivan, the agency’s executive creative director. Coming to grips with the product involved asking the deep questions, such as, “What the hell is this thing?”

Which is how O’Sullivan came to embrace Crocs for what they really are — ugly — and create a visually driven campaign around the idea that there is, indeed, a place for clumsy foam clogs in the world of haute couture after all. With the help of designer Christopher Kane, Crocs made it onto the London Fashion Week catwalk — and “fugly,” as the campaign was called, became a trend.

O’Sullivan’s story shows the power visuals can play in driving public relations — told during a panel discussion on the subject Wednesday at the Cannes Lions International Festival of Creativity. O’Sullivan was joined by FleishmanHillard brethren Candy Peterson, global managing director of brand marketing, and Roberto Pace, the Sydney office’s managing director, as well as Verbal, a performer and creative director of LDH Japan, an entertainment and management company.

Panelists touted the value of visuals in driving campaigns, including the way technology and societal changes have fueled both the possibilities and importance of eye-catching work.

“Just look at the state of our attention span right now,” Peterson said, adding that in a world that is “content rich” PR has to create content that stands out.

That’s exactly what Pace was faced having to do when charged with creating a sunscreen campaign for Neutrogena, which had an important message for residents of the world’s most skin cancer-prone country. “We needed to find a way to get (people to) understand even just a few seconds in the sun with no protection (is dangerous)," he said.

Pace and his team set out to create a campaign that would clearly, and visually, show the risks Australians take by not using sunscreen — and do so in a way that resonated with consumers, but was stylish too.  Pooling the agency’s various expertise, the office created a line of women’s clothing made from fabric that changed color when exposed to UV rays, demonstrating their effect on skin. Neutrogena’s Skinovation line launched the first day of summer.

The rising importance of visuals is affecting other kinds of content, too, including music, as in the age of YouTube and Snapchat a song (i.e. music and lyrics) is not enough to cut it anymore, said Verbal, a musician himself. Rather, it’s about creating touchpoints that create bonds between artists and their audience, and maximizing social media to foster those relationships, he said.

“Artists now think more in a package,” he said, adding that, thanks to digital media, musical artists can be superstars before they come out with their first song. For younger artists, creating that personality, visuals include, however, comes with the turf, he said.

“Young kids know how to package themselves, to tell their story,” he said.