Please refer to our Privacy Policy for important information on the use of cookies. By continuing to use this website, you agree to this.
Home Latest Cannes Condensed: 'If Your Brand Doesn't Stand For Something, What's The Point?' 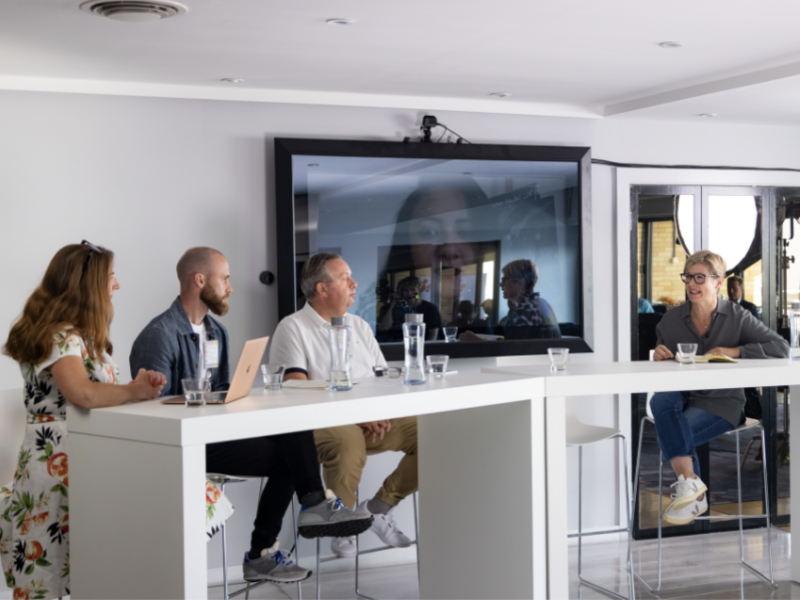 Cannes Condensed: 'If Your Brand Doesn't Stand For Something, What's The Point?'

BRIGHTON — With much of life gone virtual, creatives' futures may very well include making sure human connections stay alive and well in a post-Covid world.

“Our lives over the last year have been lived through screens and that’s not going back,” said Tin Man creative director Paul Valentine. In turn, the role of creativity will have a heightened focus on coming up with ideas and crafting campaigns “to deliver emotional connections,” he said.

Valentine’s comments were part of a panel discussion at PRovoke Media and ICCO's Cannes Condensed on the role creativity plays amid the political, cultural and societal tumult of today’s world. Frank founder and chairman Graham Goodkind, Hope&Glory co-founder Jo Carr and Mirna Eskarous, who is Hill+Knowlton’s senior art director in Dubai, also participated.

Gathered in Brighton for the event, participants offered a range of views on the role and responsibility of creativity in these fast-changing times, from providing a break from it all with levity and humour to promoting the greater good.

Goodkind said the role of creativity remained constant, even in tumultuous times: "We bang on about Talkability a lot at Frank – there are 10 cultural triggers that a creative idea needs to press for buzz and shares, and even though society changes, these triggers don’t. The role of creativity is to seek them out, otherwise you can have an idea that ends up being an idea for its own sake and doesn’t go anywhere.”

This was echoed by Carr, who said: "There has been so much change over the past year and it’s hard to keep up with all the different issues that need to be aired. Creativity is the job we’ve always done – how we raise awareness, prick conscience and challenge and the status quo to get a message across. The creativity piece stays the same as it’s always been: it’s still storytelling, but the messages are more serious."

Eskarous said that for her, working in the Middle East, the charge at times is even steeper, as bringing taboo subjects — breast cancer or other women’s issues, for instance — to the forefront often falls to creatives willing to take risks. She cited as an example the Cannes Lions Grand Prix-winning PR campaign McCann, along with Weber Shandwick, rolled out in Lebanon, teaching women in traditional communities to perform self-checks to detect early signs of breast cancer.

Yet panelists said that there is no failsafe way to broach off-limit topics, or promote companies’ causes (even as consumers call for their involvement), meaning there are a range of considerations that go into crafting such campaigns — if there are enough upsides to doing them at all. The threat of being called out for mistakes, speakers said, is dangerously high.

The key, therefore, is encouraging clients to take what Valentine calls “sensible risk,” which includes being provocative versus offensive. “The thing with creativity generally is about breaking the rules. And the thing with brands is they are meant to stand out,” he said.

“If it comes from a good place, it’s OK to ask for forgiveness rather than ask for permission at the beginning,” he said.

Eskarous agreed. “Yes. It’s risky. But if your brand doesn’t stand for something, what’s the point?” she said.