Please refer to our Privacy Policy for important information on the use of cookies. By continuing to use this website, you agree to this.
Home Latest Cannes Condensed: Moving Brands From Moments To Movements 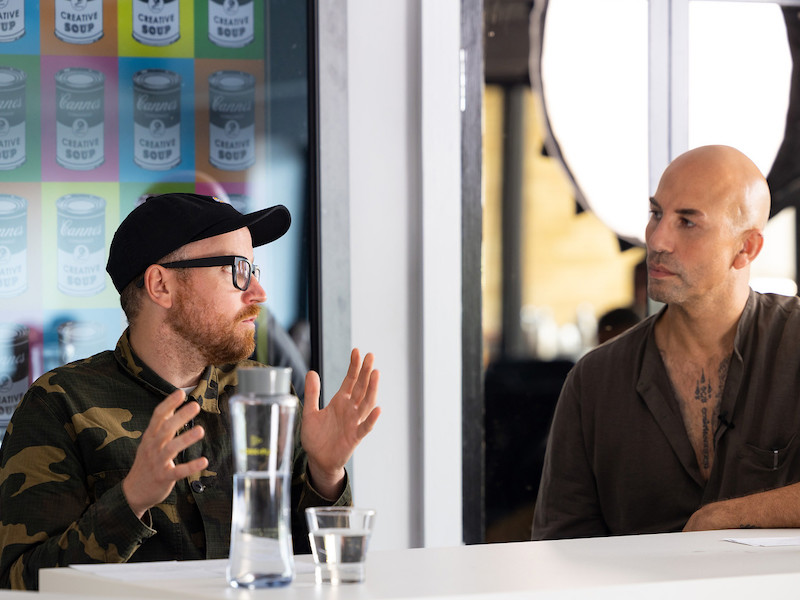 W Communications discussed how brands are connecting with culture and talent to build campaigns that break taboos and make a difference.

BRIGHTON — The pandemic has accelerated a “seismic shift” in the way brands are working with talent, influencers and celebrities to take action on causes and issues, according to speakers at Cannes Condensed, PRovoke Media’s first hybrid event with ICCO.

In a panel session led by W Communications CEO Rachel Friend, the agency’s creative director Scott Dimbleby (pictured, left) and Ian Loughran (right), co-founder of new talent management agency IDAL, looked at how brand campaigns are increasingly genuine attempts to make a difference in society, rather than being focused on sales.

Dimbleby said: “We’ve talked for a long time about purpose and causes and how brands work within that context. We could really see come to the fore in 2019, with brands starting to put their money where their mouth is to try and solve societal problems that even governments weren’t able to do.

“And it’s not just tokenistic and a fleeting moment in time: because of the world we find ourselves in, we’re seeing brands go even further to tackle taboos that they wouldn’t have done before.”

Dimbleby referenced the winner of the Cannes Lions Grand Prix in the PR category, The Bread Exam, where Spinneys Flour worked with the Lebanese Breast Cancer Foundation to show women how to self-check their breasts. “It’s not just a trend anymore,’ he said, “We can make brands and businesses money and we can change the world while we’re doing it.”

He said Covid had accelerated not only the extent to which brands were trying to do good, but had brought more humanity to brand campaigns: “On social media, we were almost at peak influencer, but everyone being locked in their homes has taken down the veil, from Eva Longoria showing her grey hairs on an ad made on her phone, to Vogue showcasing everyday heroes on the cover. It’s allowed imperfection to be celebrated.”

Loughran confirmed this new “brand humanity” had also changed the way brands were working with talent, influencers and celebrities: “Talent has historically been a two-dimensional representation of what consumers ‘should’ be buying, but now brands are seeing a more rounded view of talent as individuals. As agencies, we’ve always put talent on a pedestal without communicating the back story, but Covid has been a catalyst for not only putting a model on the cover of Vogue, but also listening to her back story of growing up in a refugee camp. Brands need to tap into the stories of the people they work with.”

And he added that his new firm had gone as far as to rethink the traditional search function within talent agencies: “It’s no longer good enough to say you want someone with specific measurements. Rather than objectifying people, we can search for the humanity in people – whether they activists, or into yoga – rather than the size of their bum. And it’s about causes close to their heart, not about what they are telling people to buy. If brands become aware people are not commodities, then the conversation changes.”

Dimbleby agreed: “None of us want to be sold to any more. It’s driven by consumers and it’s all about real stories and talking to people on a personal level, rather than shoving product in their face.”

And he said that younger generations of consumers in particular were very focused on causes and issues, which had become part of culture in the same way as music and sport: “Gen Z are much more issues-centric, aligning around sexual orientation, race, climate and politics, and everything else sits around that. Activism is the strongest end of that, but it’s about being human first, and that’s bled over into mainstream culture.

“Look at football, which has never been so issues-centric, from the England team taking a knee, to Ronaldo shunning Coca-Cola at the press conference. Contemporary culture is really about the biggest names really identifying with and standing up for something. We can’t create world peace, but there are opportunities for people with huge pockets, talent and intellect to overcome some of the problems we see every day," said Dimbleby.