Please refer to our Privacy Policy for important information on the use of cookies. By continuing to use this website, you agree to this.
Home Latest Cannes: In A Polarized World, Marketers Need To "Find Their Raccoon" 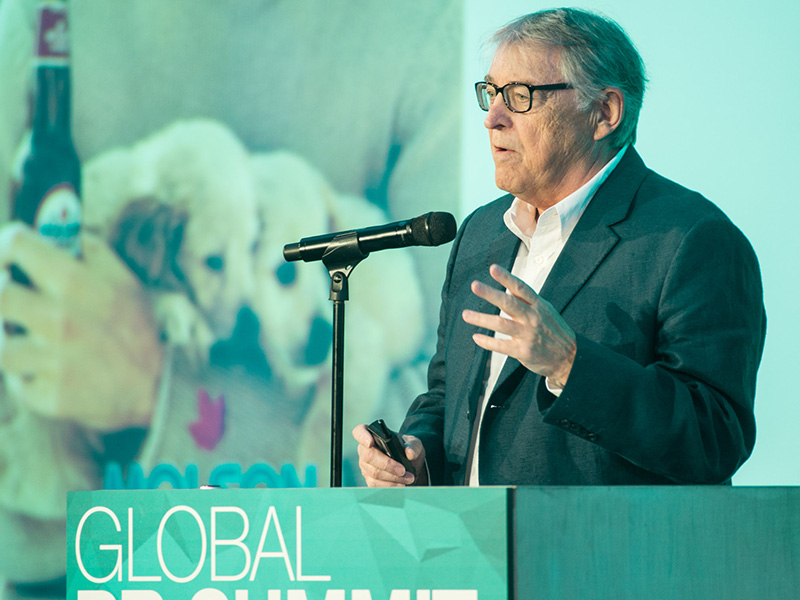 Cannes: In A Polarized World, Marketers Need To "Find Their Raccoon"

CANNES—In a polarized world, Crispin Porter + Bogusky founder Chuck Porter told an audience at Cannes that marketers need to “find their raccoon”—a reference to the raccoon that climbed a skyscraper in Minneapolis earlier this month, and for a brief moment appeared to bring the country together.

It was a light-hearted way to introduce a discussion about “Marketing to Deeply Polarized Societies,” which quickly turned to darker realities.

Jocelyn Kiley, director of political research at the Pew Research Center, presented survey results showing that Americans’ unfavorable views of the opposing party had increased from about 20% to almost 50%, with a growing divide on race, immigration, poverty, sexuality and gender roles, and a host of other issues.

“The divide on political issues is twice as great as it was 20 years ago,” said Kiley. “And we can’t talk about this without talking about media, and where people get their information. Liberals trust sources like CNN, PBS, The New York Times, The Washington Post. There are the sources that are most distrusted by conservatives, who prefer to get their views from Fox News.”

Entrepreneur and author—most recently of “Fantasyland: How America Went Haywire”—Kurt Andersen traced the current situation to American history, which was built on “the freedom to believe whatever you want” and appeared specifically designed to appeal to immigrants who believed in a “fantasy view” of what the country had to offer.

But Anderson warned of something new, specifically attempts to delegitimize those outlets seeking to present a genuinely balanced view of the world: “We have left-wing news channels and right-wing news channels, but we also has a mainstream media that has been besmirched as ‘fake news’ by people who want to create their own reality and for the first want to live in their own reality.”

To a certain extent, the challenges presented by these changes are nothing new for marketers.

"The polarization we are talking about should be familiar to marketers,” said Andersen. “You have relied on psychographic segmentation that is blue and red, but with a lot more shades. Polarization is more intense today, but it seems to me that marketers are ahead of the curve when it comes to understanding these divisions and these frissures.

e also suggested that companies and marketers could become “the truth-tellers” by focusing on facts and avoiding hyperbole.

At the same time, when it comes to getting involved in political debates, some issues should be easier for marketers to choose a side on, Andersen said: “It is important for marketers to realize that one of these polarized halves is dominated by the young, the educated, the cosmopolitan who are generally valued by brands.”

Kiley, meanwhile, suggested that there was still a middle ground for many companies. “There are ways to appeal to a majority of Americans even on some of these controversial issues like immigration, if you ignore the extremes. There are very few Democrats in favor of completely open borders, and even among Republicans not many people were in favor of family separations at the border.”

Porter’s final question was one that many companies are facing: “in the current environment, would you advise a brand that it has to take a position and take a stand, or would you advise it to keep its head down.”

Andersen, while conceding that “it depends on the brand and on the issue,” came back to an earlier point: “It’s not half and half on a lot of issues, and it isn’t as rigid as it can look like. You can see the progress on something like gay and lesbian rights. There’s an opportunity on those issues for companies to take a stand and get some brand equity out of it.”

Added Kiley, “There’s a way to take a stance that is inclusive of different perspectives and there’s a way that is preachy.”