Please refer to our Privacy Policy for important information on the use of cookies. By continuing to use this website, you agree to this.
Home Latest Cannes Lions: Overcoming Bias And Barriers To Creativity 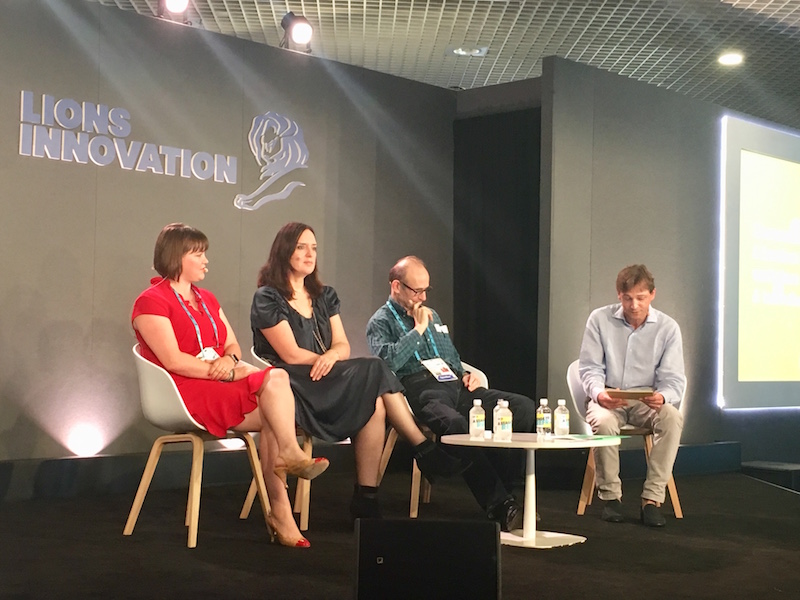 Panellists including Ketchum discuss how gender and socio-economic bias can block creativity and innovation.

CANNES — Bias is a serious barrier to creativity and agencies must take conscious steps to overcome it, according to speakers at the Cannes Lions International Festival of Creativity this week.

Robertson said: “I had a working class upbringing on a council estate in Glasgow, but I had very encouraging parents who made me believe I could be anything I wanted to be. We talk about ‘bringing your authentic self to work’, but then you hear than someone doesn’t fit in. We say we want diversity but the minute someone steps outside what we consider to be our agency culture, they get spat out again.

“It needs to be modelled by leaders that it’s OK to be different and it’s actually a benefit to employers and clients. In the society we have created where it’s all about being accepted, people often want to hide the very things that makes them different and enable them to create something new.”

Frances-White said she had also encountered bias in the male-dominated comedy industry, and this had until recently been a barrier to creativity: “The landscape for women in comedy is still difficult – people literally tell you to your face that women aren’t funny, and I get all sorts of signals that’s I’m not expected to do well. It’s often dangerous to be better, especially if you are diverse, as you are seen as a threat.

“But my industry is more creative than it’s ever been, because the workers have taken control of the production. People who ran broadcast networks used to be the gatekeepers, and now with podcasts we’re free to make our own work, as many episodes as we want. Five years ago I was going to quit comedy, and I’d never do it now because I’ve created my own landscape.”

Robertson also said that creativity often came down to striking a balance between feeling comfortable and uncomfortable at work: “One person’s nice is another person’s boring; one person’s aggressive culture is another person’s fun. I recently hired a new chief strategy officer and after his first five days we asked him about his first experience of Ketchum. His answer excited and terrified me, because he said it’s one of the most humane, generous, kind, creatively-collaborative cultures he’s ever worked in, but it could fall asleep. We have to keep injecting excitement by embracing diverse talent and ways of thinking, and we have to work on that every day.”

Fellow panellist Oliver James, a leading psychologist and author of “They F*** You Up”, agreed this was a constant tension in organisational structures from businesses to families: “It’s about trying to make sure there’s a challenge, at the same time as feeling secure. The vast majority of exceptional creativity, and creating something new, comes out of adversity.”

And he noted that accepting everyone’s “authentic” self in the workplace was not always easy: “We all know there are complete shits in every organisation who are a nightmare to manage, who are Machiavellian, narcissistic or psychopaths. Managing that dark talent in a creative industry is a major task, because these people are often the most creative.”