Please refer to our Privacy Policy for important information on the use of cookies. By continuing to use this website, you agree to this.
Home Latest Cannes: PR Jurists Implore Industry To 'Show The World What We Do' 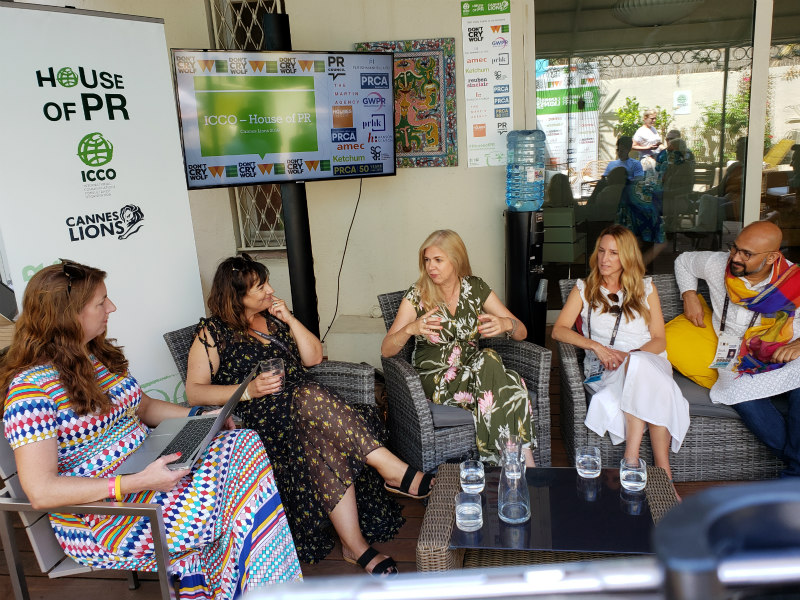 Cannes: PR Jurists Implore Industry To 'Show The World What We Do'

CANNES — There may be few professional thrills like winning that Cannes Lion. But, for the jury charged with choosing this year’s winners in the PR category, the annual awards process at the Cannes Lions International Festival of Creativity is more about showcasing the power, depth and creativity of the industry than crowning new superstars.

“It’s not about anything but how we can leave a legacy for the industry, about what the best is — and what it could be,” said Edelman global client strategy leader Michelle Hutton, who was president of this year’s PR jury, adding that fellow jurors “were earnest” and took their responsibility seriously. “It was a delight to have peer-to-peer discussions about really beautiful work.”

Hutton’s remarks were part of the Holmes Report’s annual discussion at Cannes with members of the PR jury, aimed at gleaning insights into the awards process, the entries and what it all says about where the industry is at. FleishmanHillard global brand & consumer marketing managing director Candace Peterson, Golin executive creative director Shouvik Prasanna Mukherjee and Cornelia Kunze, founder of Munich agency i-sekai, also participated.

In the discussion, participants touched on common themes and questions that arose from participating in the process — how best to judge campaigns from different countries, based on cultural perspectives and reach relative to their populations; factoring both creativity and impact; and giving weight to whether campaigns were truly earned-centric and had the power to move people.

“If it has the power of great PR, then the conversation will start,” Mukherjee said.

Peterson said campaigns that struck emotional cords sparked some of the most robust conversations among judges. “It really allowed us to let our guard down,” she said.

Jurists cited some of the campaigns that resonated with them in particular — a Finnish newspaper’s billboard campaign targeting Donald Trump for his criticism of the press; an Indian initiative to boost blood donations centered around an elderly, long-time donor who had to give it up; and a Pakistani effort to recover missing children by posting their pictures where remote populations, who don’t have access to media, could see them.

Participants also noted a rise in campaigns surrounding purpose, but unlike work that focused on CSR, the new crop of work was more about taking stands on social issues, like LGBTQ rights and climate change.  “The theme was inclusion — bridging countries, bridging differences,” Kunze said. Initiatives like Budweiser adopting wind power shows how they are centered around business imperatives at the same time.

The jurists, however, also said one of the takeaways from seeing such great work is that the industry has to do more to elevate itself among different kinds of creative firms now doing PR.

Too often, they said, PR agencies shy away from Cannes, leaving ad agencies and others to be in the limelight for work that public relations firms can do just as well, if not better.

“I can’t stress enough the importance of putting our work and our industry on the stage,” Peterson said. “This is a global stage and my ask would be that our industry is treated with the level of respect and seriousness it deserves. This is our opportunity to show the world what we do.”