Please refer to our Privacy Policy for important information on the use of cookies. By continuing to use this website, you agree to this.
Home Latest Cannes: What I Learned About Purpose From Unilever And P&G 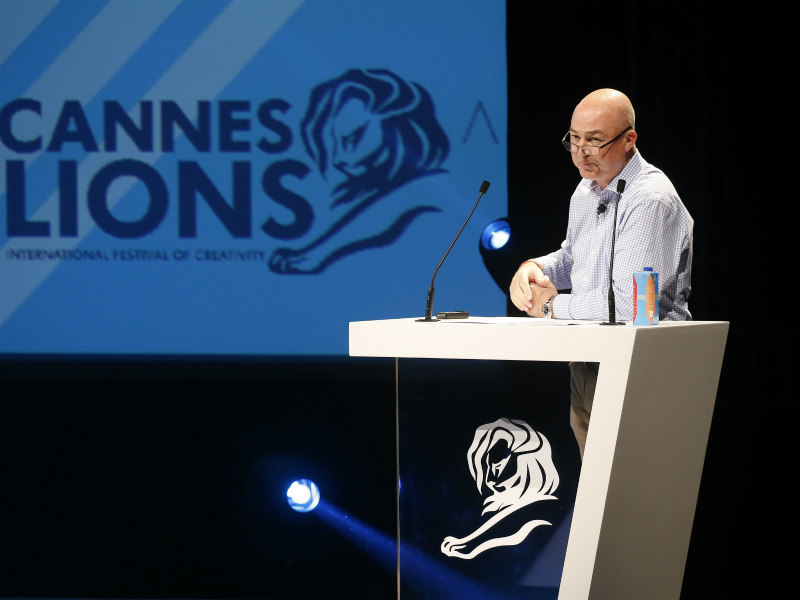 Cannes: What I Learned About Purpose From Unilever And P&G

Unilever does not want to work with agencies or creatives that have a track record of working for companies and brands that badge and ‘woke wash’.

It was day three of Cannes and I was tired of walking up and down the Croisette and all over the Palais in a restless state of conference FOMO, so I took my seat in one of the bigger auditoriums and gave myself up to whatever speakers and topics presented themselves.

Good call as it turned out. I was about to see three varieties of Cannes purpose. First up was Alan Jope, the newly crowned CEO of Unilever whose presentation carried the curious title of how ‘Creativity can help save the Walrus’. He proceeded to explain that he had wanted to talk about purpose, but had been asked by the organisers not to, as purpose had been ‘overdone’ in the past and they wanted to ‘move on’.

Asking Unilever to address Cannes without mentioning purpose is a bit like trying to talk UK politics without mentioning Brexit. It is possible, but you’d be missing the main point. And the idea that organisers think purpose is just another marketing topic we might get bored of like, say, the latest use of QR codes, says much about their judgement this year.

Happily, Jope’s presentation title was just a little piece of civil disobedience to put them off the scent and he proceeded to launch into his take on Unilever’s long commitment to using purpose to differentiate their brands and to make a difference to the communities in which they operate.

Whilst this may have disappointed Walrus lovers, it was a refreshing upping of the ante for those who think business can and should make a contribution beyond its commercial impact and that marketers and the communications and creative industry have a special responsibility.

First up he lambasted competitors that don’t ‘walk the talk’ on purpose, labelling them ‘woke washers’, a beautifully turned phrase that has (as it was surely designed to) appeared in many national newspapers, as well as trade publications — thereby significantly raising the stakes. It’s one thing for the PR community to point to brands and creative agencies using purpose as shallow badging with little or nothing behind it; it is something else for the CEO of a 50bn firm to do so.

And he did spell out what he believes makes a ‘purpose brand’. His list included hard KPIs on the social and environmental impact that brands set out to address (it would have been nice to see more detail on this) as well as career KPIs linked to these targets for his marketers.

In other words, brand employees at Unilever will progress faster and (presumably) be paid or bonused more if the work they do on their purpose brands hits social and environmental targets. Unilever is already on the record for saying that its board “will not criticise management for any loss of business resulting from adherence to these principles”, but to actively use purpose to manage career development gives real teeth to its claims, because as many of us on the agency side know full well, brand managers sometimes lack the wisdom and commitment to purpose that their CEOs espouse.

And on the subject of agency people; we too got a warning shot. Unilever does not want to work with agencies or creatives that have a track record of working for companies and brands that badge and ‘woke wash’. Just let that sink in for a minute. It’s not quite as hard and fast as the pharmaceutical companies barring agencies that have worked on tobacco, but what Jope seems to be saying is that Unilever will begin to look at agency track records and commitment to purpose done properly. A little unfairly in my view, he also asked that creatives walk away from ‘woke washing’ briefs. He said it was their ‘duty’.

But the big commitment — when you think that not all Unilever brands are purpose brands, and that they still count skin whitening Fair and Lovely on their roster — was the statement that brands that could not, over the next couple of years, become proper purpose platform brands “may well end up better owned by someone else”. He repeated the firm’s long-held belief that purpose brands financially outperform non-purpose brands. But stating that he may be willing to sell off those that can’t make the transition is an enormous statement of commitment to purpose, not just as a marketing principle, but as a fundamental way of running the entire business.

There are other brands and companies that take purpose this far and indeed further, but it is hard to think of one that is bigger or more significant — or one that consistently challenges itself or the marketing community more profoundly than Unilever. My morning of purpose was off and the bar was set high.

Next up, and by stark contrast, was Burger King. For me, the most entertaining session of the entire week as the global CMO and marketing director (weirdly they have both) regaling us with the story behind Whopper Detour, the campaign that won the Titanium Lion, the biggest prize at Cannes and two other campaigns that were almost as good. It was a fast-paced and often hilarious recounting of their year and not once in the 45 minutes did I hear the word purpose.

Burger King’s highly creative and highly effective campaign is proof that purpose is still a brand choice and not mandatory. There are other, more traditional ways, of creating positive differentiation for the long term and some very big brands still seem to do very well without it. Business might well have an opportunity to be a galvanising force on some of the world’s big issues right now, but that does not mean that they must all become campaigning forces all of the time. To be honest that sounds an exhausting world to live in and, given that branding is about differentiation, self-defeating too. Surely we’d run out of causes?

Some in the PR community may find this hard to accept, and there is a very sound intellectual case to make that purpose provides some risk insulation and the opportunity for wider and valuable employee and stakeholder engagement that non-purpose brand appeals do not, but surely it is also ok if a brand has great utility and delights and entertains consumers in other ways too? Or maybe, as PR is more often relegated in non-purpose brand campaigns, we find it hard to appreciate work in which the PR ‘craft’ has less of a role?

The third presentation that came my way in the Palais that day (despite the name, it is more provincial leisure centre than Versailles if you haven’t been) was P&G’s chief brand officer Marc Pritchard. He was fresh from a year in which Gillette waded into the toxic masculinity debate with their Best Men Can Be campaign and the Pampers Super Bowl spot featuring John Legend, which focuses on the issue of fathers doing their share of the work at home.

I’m pretty sure both these brands would fail Unilever’s test of purpose in that there seemed no attempt to measure social impact and there was little detailing of any educational programme or third party or NGO partnership. They currently both feel like well-meaning ads, which may be a little unfair for a company that brought us “Like a Girl” last year and which corporately is addressing and reporting on sustainability, community impact, gender equality, diversity and inclusion and is trying to be entirely cruelty-free.

What was incredibly convincing, though, was Marc Pritchard’s personal commitment and his own story about why equality and inclusion are important to him. Marc Pritchard is half Mexcian and his father changed the family name and encouraged the young Marc to fill in forms as Caucasian and “suppress (his) Mexican heritage, keeping it hidden for fear of being labelled.”

Movingly he admitted that if he had taken his Mexican name of Marc Gonzales he would “probably not be sitting here doing this job”. The personal commitment to cause by senior people in an organisation is obviously important, not just in giving the campaigns heartfelt authenticity but also in driving them through the organisation. That said, there was no indication that P&G will adopt purpose as a defining principle of how they run their brands and some of their best work so far seems to be their corporate films (the Talk and the Look) which come with comparatively puny corporate budgets attached to them rather than the much bigger brand budgets of a Unilever.

All this before lunch and without me having to move. For all its detractors, Cannes can be bloody valuable.

My morning was a reminder that purpose done properly by big brands remains an enormous opportunity for the PR industry because, by definition, it obliges them to engage with society beyond the bought space and that is still where we play best. And the good news is that some brands are now beginning to give their PR firms lead agency status (or joint lead in some cases) with the creative agencies and that remains painfully rare for no-purpose big brands.

But the case for purpose needs to be made and re-made, not least to the organisers of Cannes, and with the increasing attractions and efficiencies of new forms of data and marketing automation, there is no guarantee that all companies and CMOs will go the way of Unilever and make it their primary focus of investment. That would be a shame for the PR industry and probably the world too.

David Brain is a board director of Enero (the holding company of Hotwire, Frank, Naked and CPR), Co-Founder of online research platform Stickybeak and advisory board member of media company The Spinoff and new economy parking company Parkable.