Please refer to our Privacy Policy for important information on the use of cookies. By continuing to use this website, you agree to this.
Home Latest Cannes: Young Lions Winners Make Hungarian PR Industry Proud 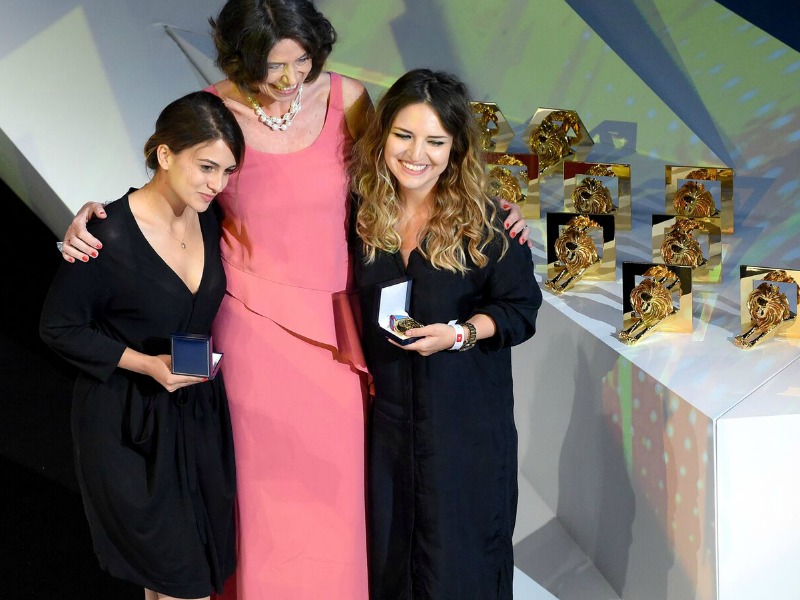 How two young women from an integrated agency in Budapest took the Young PR Lions by storm--and energized the Hungarian PR industry.

BUDAPEST—When Hadnagy Luca and Paloma Medina climbed the stairs to the main stage at Cannes, the applause of several hundred peers ringing in their ears, it was clearly a special moment for the two young Hungarians. Nothing could diminish their excitement at being named the winners of this years Young PR Lions competition—not even the fact that the screen behind them had misspelled the name of their country.

The folks at Cannes could perhaps be forgiven for their “Hungay” faux pas. It’s not as if the Central European country has a track record of success at the festival of creativity, or in public relations awards more generally, where its few successes have been overshadowed by the strong performance of its eastern neighbor Romania.

So it’s no surprise that Luca and Medina—twenty-somethings who work in the PR department of Budapest ad agency HPS as account manager and account executive respectively—have become minor celebrities in their home country, or at least in its creative sector, following their victory on the Côte d’Azur.

“It has been very strange, managing PR schedules for ourselves rather than our clients,” says Luca.

The two began their journey to national prominence about 18 months earlier, when Hungary decided that it would enter a team for the Young PR Lions for the first time. The Young Lions competition invites entrants to “captivate audiences and exhibit your original ideas as you compete in teams to develop a PR strategy that boosts a brand’s awareness, before being judged by members of the PR jury.”

Luca had started her professional career in marketing—her mother is a marketing professor—as a brand manager at L’Oréal, before going back to university to study for a master’s in leadership and organizational process, and then deciding to switch to PR; Medina studied art history before switching to marketing.

At HPS, an integrated agency with about 180 employees—but only seven in its PR division—Luca works on accounts including Mondelez (brands such as Milka chocolate and Oreo cookies), Converse, and Stella Artois; Medina supports mostly Hungarian clients, from a shopping mall operator to the nation’s leading paint manufacturer.

Luca’s experience working for beer brands might have given the duo an advantage in the national competition—pitching against nine other Hungarian teams—when they learned that the “client” for their mock campaign was not the charity they had expected but brewer Heineken. The assignment was to come up with a campaign for a new non-alcoholic beer as it launched in the Hungarian market.

“When we first saw the bottle, we realized that the 0.0 alcohol content looked like the emoji for surprise,” says Medina. “We connected the idea of surprise to the surprising freedom you get with a non-alcoholic beer. When you get an alcoholic beverage, you have the think about all the things you have to do, like driving, but a non-alcoholic beer gives you freedom.”

Adds Luca: “This was a non-alcoholic beer that tastes like other beers, so we focused on the ‘surprisingly tasteful’ flavor. We came up with several activations. There’s a famous TV host in Hungary and we would dress him as a cab driver and he would drink the beer while he was driving people,” before revealing—surprise—that it was a non-alcoholic drink.

Luca and Medina’s creative idea wowed the Hungarian judges, and the duo were on their way to Cannes—the first employees of HPS to attend the festival. They prepared by doing some preliminary research into past winners of the Young Lions competition, even contacting last year’s honorees for advice.

The brief for the Cannes competition, which is organised by the International Communications Consultancy Organisation, was delivered by the British Red Cross, which sought to raise awareness of the numerous “silent emergencies” that take place every day: floods, famines and natural disasters that seldom penetrate the public consciousness.

There was a specific focus on the crisis in Lake Chad. Conflict in north-east Nigeria had spilled across borders into neighbouring Cameroon, Niger and Chad, and millions of people had been forced to flee their homes in search of safety, moving into poor areas where shelter, food and water are scarce. As a result, around 10 million people need food and other basics to survive.

“They showed us a 60-second video about the situation going on in Chad,” says Paloma. “It was quite shocking to see.”

“Everyone else was writing and we were crying,” adds Luca.

The two soon got down to work, however, doing their own research into the situation in Chad, trying to understand the reasons behind the crisis. Their big idea came on the first day, when they thought about the parallels between Lake Chad and Hungary’s own Lake Balaton, a major holiday destination surrounded by beaches, volcanic hills, castles, and vineyards.

“They didn’t tell us that we should localize the campaign,” says Luca, who admits that the two were not entirely confident in their original idea. “But we wanted to create some bonding between the Hungarian people and the cause, because Lake Chad is 5,000 miles away and it’s difficult for people to understand what is happening there.

“We wanted to shake people, to show them what would happen if we made Lake Balaton disappear.”

The campaign would hack the coin-operated tourist telescopes around Lake Balaton so that visitors would see the same kind of devastation occurring in Chad. A social media element of the campaign edited selfies taken at Lake Balaton, replacing the Hungarian scenery with images from Chad and using the hashtag #lakeforlake.

While the focus was on Hungary, “we felt the campaign could be localized with lakes in other countries, like Lake Como in Italy,” Luca says.

The campaign also made the connection between the number of people affected by the crisis in Chad—around 10 million—and the population of Hungary, which is about the same number.

The team second-guessed its own campaign until the deadline, and both Luca and Medina admit that they were not confident when they presented their ideas to the jury, competing against 21 other countries, most of them with a more robust public relations sector. They were particularly concerned that they were both on the account management side of the business, believing that their presentation skills would not be up to the standards of teams that included creatives.

“When they made the announcement, they told us who was third and who was second,” says Paloma. “We were thinking what an honor it was just to be there. When they announced number one, we were very surprised.”

The night of the PR Lions was special, obviously, though both Luca and Paloma learned a lot from the entire Cannes experience. Luca was particularly excited to hear Facebook chief operating officer Sheryl Sandberg (“she is my idol,” she says), while Paloma interested in the tech brands such as Shazam and Snapchat that had a major presence at this year’s festival.

Their return to Hungary was equally exciting, from a celebration at the agency to a series of media interviews about their success. And going forward both Luca and Paloma are hopeful that their triumph in Cannes can elevate the role of public relations at their agency—more creative input and less support work—and that status of the PR profession in a developing market.