Please refer to our Privacy Policy for important information on the use of cookies. By continuing to use this website, you agree to this.
Home Latest China Brand Leaders: 'We Believe Innovation Is A Marathon' 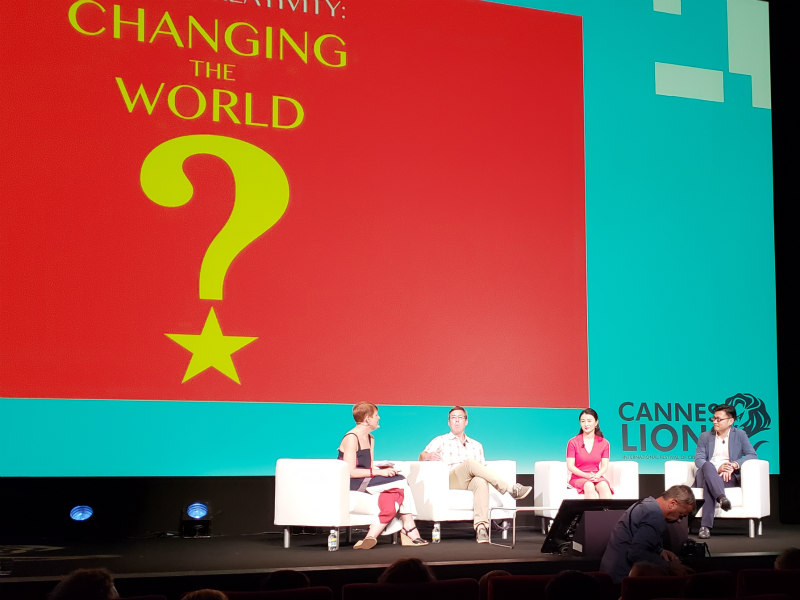 China Brand Leaders: 'We Believe Innovation Is A Marathon'

CANNES — Chinese brands' long-term approach to innovation is enabling them to tap into a rich vein of creativity from the nation's younger consumers, according to a session hosted by FleishmanHillard at Cannes yesterday.

In response, said Huawei president of global media and communications Joy Tan, the company has adopted three core principles that guide its approach to innovation. The first, she said, is that "innovation is a marathon, it takes long-term commitment."

Second, she added, innovation at Huawei "needs to have a high focus on fundamental science or technology." And finally, the company looks to conduct innovation in an open manner, setting up joint centres with customers to "understand their pain points and deploy to the market at very fast speed."

That approach, said the panelists — which also included BYD US VP Micheal Austin — is underpinned by courageous leadership, most notably exemplified by Alibaba chief Jack Ma. And it is fueled by the speed with which Chinese companies are able to respond to market trends, along with sturdy government support.

"It’s the government that has gotten out of the way for industry," said Austin. "And, in other ways implemented very smart regulatory practices."

But Chinese companies still struggle to match US players when it comes to the sheer volume of new products being developed. Tan said it will take China "many years to change this situation," but the shift is already underway.

"The ability of China to adapt American technology with amazing speed and massive scale is extraordinary," said Tan. "China is already an innovation economy."

Part of that challenge, though, said Tan lies in the way that education systems are geared. "I think the way we are solving problems and creative thinking is influenced by the environment and the way we were brought up. In the Western education platform…students ask for forgiveness instead of permission. In the Asian system, they emphasise the respect for hierarchy."

Tung also noted that while innovation drives marketing, authenticity is critically important when it comes to communication, citing Alibaba's recent Olympic campaign. "When we develop this campaign, we just want to be true to ourselves," said Tung. "Authenticity is the most powerful thing in the industry."

And what can Western companies learn from China? "Continuous improvement," said Tan, while Tung opted for "the power of belief."