Please refer to our Privacy Policy for important information on the use of cookies. By continuing to use this website, you agree to this.
Home Latest Clare Parsons & Tony Langham To Be Recognized For Outstanding Achievement 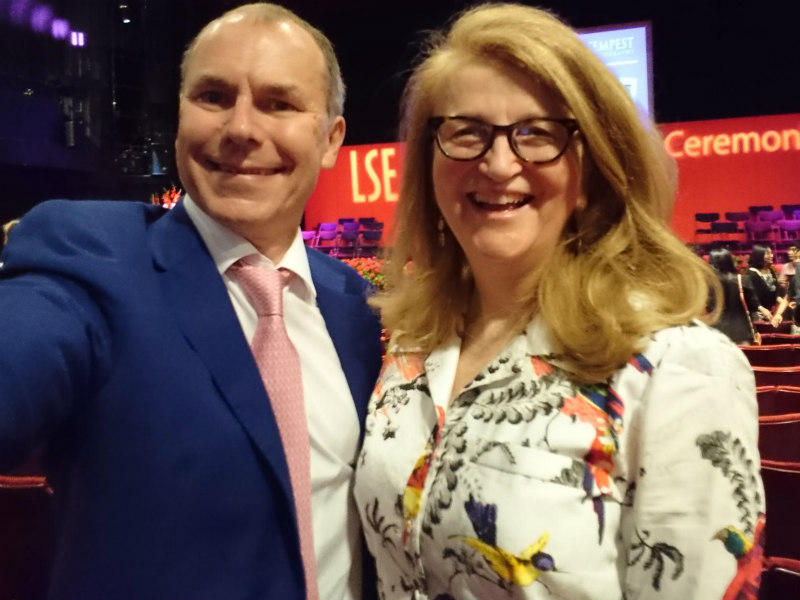 Clare Parsons & Tony Langham To Be Recognized For Outstanding Achievement

Lansons founders will be honoured at the EMEA SABRE Awards on 22 May in London.

Lansons — the public relations firm founded in 1989 by Tony Langham and Clare Parsons — turns 30 this year, firmly ensconced among the UK’s top 30 public relations firms, frequently recognized among the industry’s best workplaces, and proudly independent. Its two founders are still in place — as chief executive and chair respectively — and will both receive the SABRE Award for Outstanding Individual Achievement next week.

Prior to Lansons, Langham worked in financial communications with Dewe Rogerson in the 1980s, primarily on privatisations, having begun his career as a social, political and financial market researcher with MORI. Parsons had also spent two years at Dewe Rogerson, in addition to stints at Quigley & Associates, and in-house with the National Mutual Life Assurance Society.

Langham was commissioned by the UK’s PRCA and global organisation ICCO to write their guide to Reputation Management, published by Emerald Publishing in December 2018, and has received three awards from the PRCA celebrating “lifetime achievement” and contribution to the UK PR industry. He is Non Executive Chairman of Great British Racing, horse racing’s official marketing and promotional body, and also chairs British Champions Series, the owner of Britain’s richest raceday. He has been non executive chairman of unbiased.co.uk, the UK’s leading site for finding financial, mortgage and legal advisers, since 2011.

Parsons is global chair of PROI Worldwide, the first woman in its 48-year history to hold that role. She has served on several committees for CIPR, is currently on the advisory panel for the National Business Awards, is a trustee of HighTide, and serves on a wide range of industry and not-for-profit committees. Clare was recognised with the Stephen Tallent Award by the CIPR for her contribution to the PR industry and she is a Real Business Magazine’s Top 100 Women UK Entrepreneurs alumna.

But it is their work together at Lansons that stands out and makes them worthy co-recipients of this award. They have steered the firm from two people when it was formed to more than 110 in London and (following an acquisition earlier this year) a dozen more in New York. Lansons has been named UK PR Agency of the Year 18 times, and as one of the top 50 SMEs to work at in the whole of the UK for each of the past 15 years.

In addition to establishing Lansons as the market leader in the financial services sector, the duo have invested in other businesses: founding research company Opinium and contributing as founding investors to creative agency Hope & Glory.

They have shared their success with employees—30 partners now own 45% of the business—and with charity: since launch the agency has contributed 1% of profits to charity as well as providing office space office space, IT, audition space to leading fringe theatre company High Tide, enabling it to assist almost 100 new writers and directors to enter the professional theatre world.