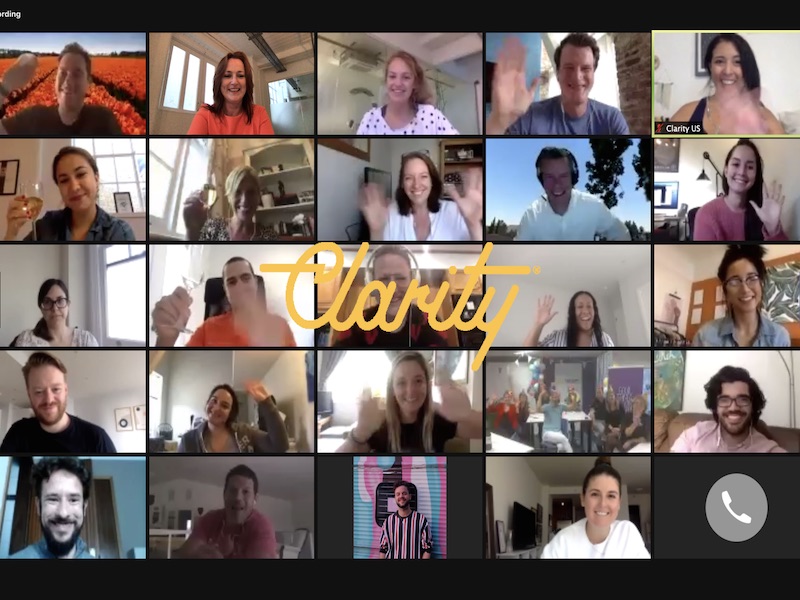 UK managing director Rachel Gilley is promoted to EMEA president as the agency makes its first foray into Continental Europe.

LONDON — Clarity has acquired Amsterdam-based technology PR specialist, as the agency makes its first foray into Continental Europe to maintain the connection between London and the EU post-Brexit.

As part of the acquisition, Yellow’s team of 10 will become part of Clarity Global, with founder and MD Karin van Geelen becoming managing director, Benelux. At the same time, Clarity’s UK MD, Rachel Gilley steps up to become president, EMEA.

It is the third acquisition Clarity has made in the past 12 months. In October 2019 the agency acquired LA-based Brew, and became part of Freuds' Brewery Group network of independent agencies. In December 2019 Clarity acquired Dynamo PR, doubling its UK team.

Clarity founder and CEO Sami McCabe said he had been looking for an agency in The Netherlands for some time and the acquisition was an important milestone: “Amsterdam is the perfect place for us to land on the Continent: it’s home to an increasingly heavyweight and influential technology ecosystem, and has always had a global outlook.”

McCabe told PRovoke Media: “It’s my view that Yellow is the outstanding independent tech agency in Benelux, so they were the obvious choice. But with any acquisition the first thing we want to test for is cultural fit. We’ve known the guys for some time now and that was there from day one.”

The Yellow brand will be retired at some point this year but “it does have valuable brand equity in the region, so we want to be thoughtful about the transition,” he said.

McCabe added that although the deal had taken longer than it might because of the pandemic, the two agencies had both weathered the storm since they started talking at the start of the year: “To make this deal happen in the midst of an economic downturn of historic proportions is testament to the health of both businesses: neither Clarity nor Yellow has had to make any cuts or painful decisions as a result of the pandemic. We both enter this partnership in a position of great strength and in the spirit of great optimism."

Yellow’s clients, who include Citrix, Engie, Roche Diabetes Care and Boomi, will join Clarity’s roster of technology-driven clients, including Claris, Bambuser and Hired.

Van Geelen said: “I’m very excited that my team is joining Clarity and will immediately have access to outstanding teams in London, New York, San Francisco and Los Angeles. I have considered an acquisition for some time, but have always looked for the right partner, which I have found. We already partner on certain clients together, so we look forward to giving more Clarity clients access to our region.”

McCabe said the acquisition was the first of many planned for Europe – hence Gilley’s promotion to an EMEA role – as well as Asia. He said: “We’ve got big ambitions for EMEA and after our North America hire it made sense for balance to have the equivalent role in Europe. Rachel was the only candidate: she’s been outstanding since joining us and is the right person to lead the charge in Europe.”

Gilley, who joined Clarity at the end of 2018 from Bite, told PRovoke Media: “We’re doing great things in the UK so I’m still UK managing director for the foreseeable future, and I’ll be spending more time with Karin and her super-smart, super-fun team so they really feel embedded. We’re already talking about a couple of clients we’re going to be working on together. The ability to offer another location post-Brexit makes perfect sense for us, and Amsterdam is just the start.”

Since McCabe set up Clarity just over seven years ago, the team has grown to 65, across London, New York, San Francisco, Los Angeles and now Amsterdam.

The Yellow deal comes on the heels of this month’s announcements that Jon Meakin, formerly of Grayling, was joining Clarity as president, North America and Kara Silverman was joining as managing director, NYC. Other senior hires in the past 18 months have included former Hotwire EMEA president Alex MacLaverty as COO in April 2019, and Michael Gonzalez from Archetype as head of client services and strategy.