Please refer to our Privacy Policy for important information on the use of cookies. By continuing to use this website, you agree to this.
Home Latest Climate Change Is About Economics, Not CSR: IN2Summit MENA 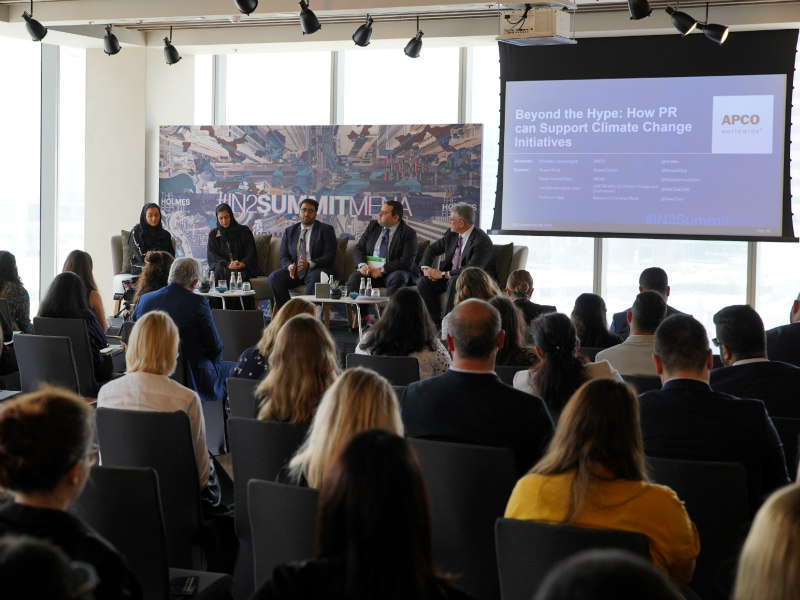 Climate Change Is About Economics, Not CSR: IN2Summit MENA

DUBAI — Communicators must rethink their strategies if they hope to persuade people of the urgent threat posed by climate change, according to a panel of public and private sector experts at yesterday's MENA IN2 Innovation Summit in Dubai, moderated by APCO senior director of strategy Nic Labuschagne.

To begin with, said Dubai Carbon external relations officer Musad Afzal, the issue should be framed in economic terms, rather than as a CSR initiative, particularly when it comes to persuading companies in the Middle East of the need for action.

"Renewable energy...all the countermeasures for climate change are good for profit, every single one," said Afzal. "If you want to keep pleasing your shareholders, a better way to do that is [by addressing] climate change. It will eventually lead to sustained profits. It’s not the CSR element, it’s the economic element."

That, added Afzal, is particularly important given that 70% of the world’s carbon emissions come from 100 corporations. Indeed, Afzal believes communicators should not forget the need for corporate action versus the typical focus on individual behaviour.

However, other panellists felt that individual responsibility remains a cornerstone of climate change messaging. IRENA acting CCO Sabah Ahmad Dalvi noted that too much communication remains framed in negative terms, rather than a positive message about the benefits of sustainability. "People need to understand, what is their stake?"

But as Standard Chartered Bank head of public affairs and sustainability Khaldoun Hajaj pointed out, "as a society, we’re not exactly famous for delaying gratification." The costs of climate change action have to be understood and accepted for real progress.

"I often wonder if climate change is an issue of politics or communication," said Hajaj. "The reality is it touches every aspect of our lives. The simple reality is that climate change, if you’re going to deal with it immediately, comes with a lot of costs."

"We have very clear proof that the ice caps are actively melting," she said. "People choose to ignore the threat of climate change because they don’t see the direct impact. Our role as communicators is to connect people to the direct impact, in order to see climate action."

And both Al Amiri and Dalvi agreed, climate change requires much simpler messaging than people are used to, particularly in terms of connecting relevant actions and consequences to their daily lives.