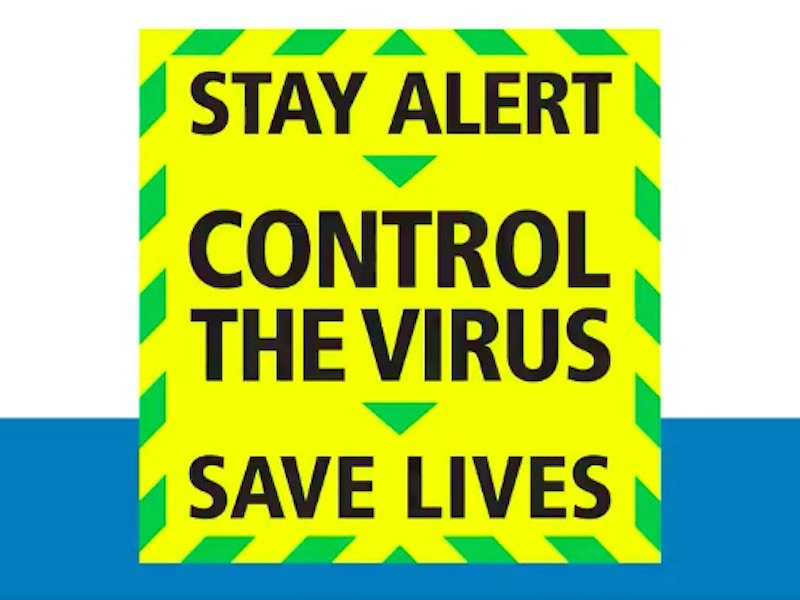 Vague. Ambiguous. Unhelpful. The verdict on the UK Government’s latest message for Lockdown Britain has come swiftly – and it is damning. Everything – from the words used, the colour palette selected, the fact that the detailed guidance wasn’t available before Boris Johnson’s speech on Sunday night, the trailing of the messaging beforehand, and even the Prime Minister’s demeanour – has come in for a pasting, with frustrated comms professionals leading the way, followed swiftly by a slew of derogatory memes.

We must accept that ministers are in a uniquely difficult situation, walking a tightrope between keeping people alive and not completely shafting the economy, and all the while they are being shouted at by the media and their own backbenchers. Against this backdrop it is perhaps not surprising that the message from the Government has been equivocal and wavering. But there’s no doubt that the shift from the instruction to ‘stay at home’ to the more ambiguous ‘stay alert’ has brought with it a catalogue of communications failures.

The message did need to evolve from the straightforward ‘stay at home’ to keep up with facts on the ground: we cannot remain in hard lockdown forever. Retailers have worked out ways to reopen while observing social distancing rules that keep staff and customers safe. Construction sites, factories and warehouses are evolving new processes and rules so they can function safely.

However, if ‘Stay at home/Protect the NHS/Save Lives’ is no longer the right message, ‘Stay alert/Control the virus/Save lives’ seems to be confusing rather than reassuring anyone. What you are meant to do in response to the new slogan is, as many have said, hard to fathom.

There’s also a weird obsession with the three-part message. It is as though the PM’s advisors have only been to one communications lesson and all they heard was the bit when someone said that three is the magic number when it comes to messaging. This is nonsense, particularly in this situation when the message really matters and people are likely to engage with a slightly longer list of clear rules. There’s also the point, made by many, that if a slogan requires several pages of clarifications a couple of hours later, it might not be a terribly effective message. If there was less focus on trotting out pat soundbites at the end of every press conference, and more confidence in the public to understand more complex messages, Government comms would not be under such attack today.

Surely, though, even if the new headline message is confusing, the fine detail has at least clarified matters? I’ve read the document released today and it helps, but there is still a lot of contradictory guidance about what Brits are now allowed to do outside the home, who and where we are allowed to meet, and who now needs to return to work. Where we required clarity, the new guidelines beg even more questions.

This strange, tense dance between No.10, cabinet ministers and the British media, and the resultant leak/scoop culture, has not helped the situation or allowed for consistent communications. Newspapers alternate between being prophets of apocalyptic doom to loudly calling for the lockdown shackles to come off to allow young, healthy, people to roam freely. More than one Conservative Party MP has pivoted from warmly backing the original ‘stay at home’ message to describing it as tyrannical and absurd. And Johnson’s failure to bring the devolved nations of Scotland and Wales with him on the journey – Scottish First Minister Nicola Sturgeon has flatly refused to impose the new ‘stay alert’ messaging – is only adding to the mess.

The biggest problem by far is what happened in the run up to the change in official messaging. Floating ideas and messages before a big announcement is sometimes a really good idea. You can test what works, build excitement and avoid surprises. But in a situation like this – literally life and death – allowing speculation to mount at the end of last week about what the PM was going to say, and in particular letting people come to believe, via the media, that lockdown would be considerably relaxed and they would be free at last, was a catastrophically dumb idea.

I went for a walk on Saturday and one car park nearby that has been deserted for seven weeks was suddenly rammed full of cars. At least their occupants were mainly keeping apart; people doing drunken congas to mark VE Day on Friday, less so. It will surely not be a surprise to see infection rates pick up again over the next few weeks, after the poor management of public expectations and wild swings in official and unofficial messaging over the past week.

All of these comms issues seem to be the result of a lack of strong leadership from No.10, which is unable to control its media messaging or its cabinet ministers and MPs. The Prime Minister’s office looks like it is being forced into making decisions on the fly as a result of political and media pressure, rather than calmly following scientific fact. And the Covid-19 crisis has absolutely exposed one area where public policy-making has always been weak: clear assessment and honest explanation of risk to the population.

Finally, many of the leading players appear to be uncertain, and very tired. These are (as overused as the word is) unprecedented and difficult times, so in some ways this is understandable. But when it comes to government communications, the British public and businesses need and deserve more grip, fewer own goals, and a much, much slicker operation at the top.