Please refer to our Privacy Policy for important information on the use of cookies. By continuing to use this website, you agree to this.
Home Latest Walmart's Dan Bartlett: There Is A Daily Referendum On Our Reputation 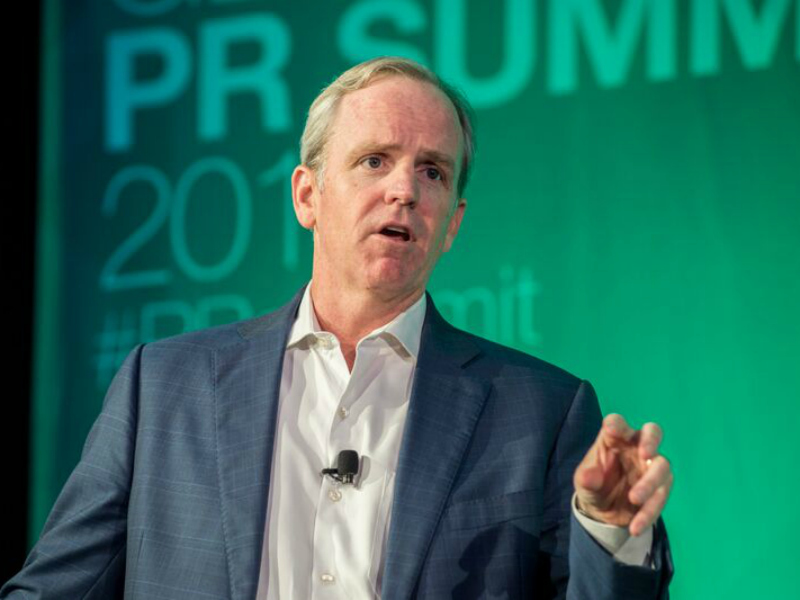 Walmart's Dan Bartlett: There Is A Daily Referendum On Our Reputation

Dan Bartlett discussed how communicating with all stakeholders around crucial issues has helped to change the way Walmart is perceived at the 2015 Global PR Summit.

MIAMI—Having historically been focused on two key stakeholders—shareholders and shoppers—retail giant Walmart is increasingly focused on a triple bottom line, an approach this is good for business, good for stakeholders, and good for society, according to Dan Bartlett, the company’s executive vice president of corporate affairs at Walmart

Bartlett, who is responsible for corporate communications, public affairs, and social responsibility, was discussing the company’s reputation with Ellen Ryan Mardiks of session sponsor Golin, and talking about the way the Bentonville-based retailer has changed over the past couple of decades.

He says the seminal moment for Walmart came in the mid-90s when the company decided to get into the grocery business, which at the time—as now—was highly unionized.

That was in part because of founder Sam Walton’s edict was that there were two stakeholders that mattered: the company’s shareholders and its customers. Historically, every decision the company made was designed to provide its customers with the best quality at the most affordable price, and to increase shareholder value.

There were good reasons for that: the company serves 250 million customers a week, and 60 percent of Americans shop at Walmart every month.

That means, as Bartlett said, “There is a daily referendum on our reputation” at a time when reputation has an increasingly important impact on people’s purchasing decisions. As a result, Walmart now thinks as much about reputation as it does about brand.

“Inside the four walls of your company you can control your brand,” Bartlett said. “Your reputation is controlled by everybody outside of those four walls. Some of that will be influenced by their brand experience but some of it will be defined by other issues that they care about. We started to think about whether you could change shopping behaviors through reputation building.”

So while chief executive Doug McMillon responds to some new ideas by reminding Bartlett and his team that “we are a retailer first” and not a political organization, there is a growing acknowledgement that “you don’t have to be first, but you can’t be last” on some of the issues that consumers care about.

That has led to Walmart taking some surprising positions in recent months. It was one of the first companies to abandon sales of the confederate flag and themed merchandise when its symbolism became a flashpoint. And more notably, it was one of a handful of companies this year to raise employee pay significantly above minimum wage levels, which it sees as an investment in people—something that will help it deliver a strong bricks-and-mortar shopping experience in a challenging environment.

“On the wage debate, we wanted to get ahead of where the political landscape was heading and we wanted to show leadership,” Bartlett said.

Interestingly, that decision did not earn the company any major kudos from its critics on the left, and appears to have drawn criticism from shareholders—the company’s recent announcement related to the costs of this decision caused a $20 million decline in market capitalization in a single day.

Nevertheless, the company remains convinced that the decision was the right one. “We talk a lot today about shared value and triple bottom line—decisions that are good for business, good for stakeholders, good for society.” This was one of those decisions, he said, because of its long-term impact on the in-store experience.

The act of sharing, of communicating with all stakeholders around these issues, has helped to change the way Walmart is perceived.

“One of the things I learned when I joined Walmart, is that there can be a fine line between being viewed as humble or being viewed as arrogant,” Bartlett said. “From the outside it can come across as this big, arrogant company. But from the inside, you come to understand it’s a deeply humble company.”