Please refer to our Privacy Policy for important information on the use of cookies. By continuing to use this website, you agree to this.
Home Latest Data Can Be A Cruel Ally: Lessons From Trump's Shock Win 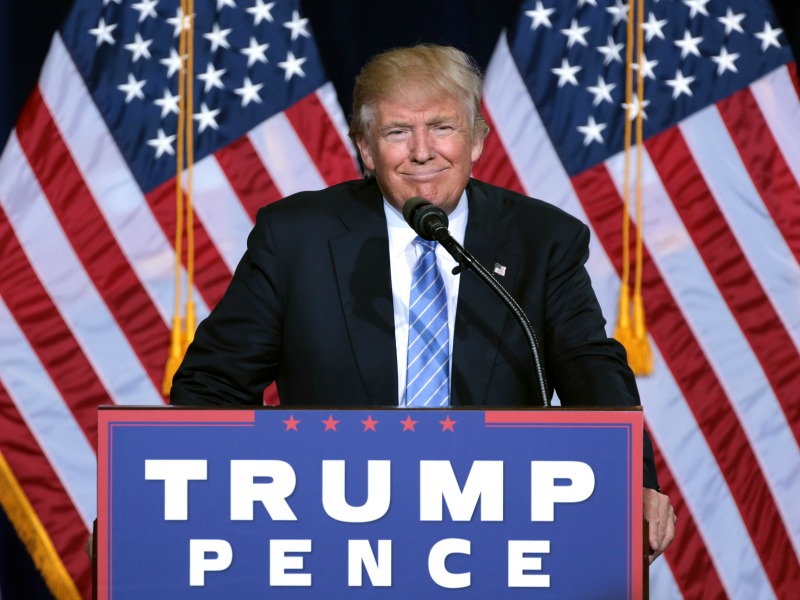 Data Can Be A Cruel Ally: Lessons From Trump's Shock Win

The outcry around the failure to predict the election results has shone a light on a wider PR issue — the obsessive fixation on data as a way to prove the industry's importance.

Brexit and most recently The Trump Effect, sent shockwaves around the world. Pollsters, campaigners and self-appointed political experts were blindsided by the results. Many have questioned the polls and data in the run up to the election, summed up well by Georgia Republican, Chip Lake, when he exclaimed he had "never seen data so wrong."

As a former physicist, I was schooled in the art of data: data is to be respected and critiqued in equal measure. In science scepticism is important, otherwise a person could spend a lifetime chasing rabbits down holes and waste an entire career. This election has shone a blinding light on the misunderstanding around data, and how, as Clifford Stoll rightly said in his book Silicon Snake Oil: "Data isn’t information, any more than fifty tons of cement is a skyscraper."

So what has gone wrong with the data, and what can the communications industry learn from it?

Firstly, we must look at the data itself. I believe the Clinton campaign narrative combined with the online and offline media stance around the US election was a direct replication of the environment which led to Brexit. Just like Brexit, the campaign inferred a narrative that voting for Trump meant the voter was a racist, homophobe, bigot, and so on. Clinton affirmed this when she famously made the comment that half of Trump’s supporters are 'deplorable'. I believe this, amongst other things, inadvertently tainted the data. That’s because it sent a message that an ‘admission’ to voting for Trump, would infer this negative label. So unless someone was a firm supporter, it would be easier to tell a pollster or campaigner on the doorstep that their voting intention was still ‘undecided’ to avoid the risk of being judged.

Whenever collecting data, it is crucial that the parameters are clearly defined. Understandably for the Presidential election, the parameters for polling and analysis were based on previous elections. This was a fatal error because Trump had changed the game. Traditionally, voter intention can be inferred from prior voting behaviour. This time around it wasn’t like-for-like because traditional party loyalties couldn’t be assumed; even former President Bush Snr openly stated he wouldn’t vote for Trump.  This was echoed in Brexit too, where voting completely split traditional party loyalties. So couple the assumed voting behaviour with the issue of tainted data i.e. voters not being open about their real voting intention, and suddenly the margin of error increases significantly.

Noise versus the truth

In addition to the polling data, the noise around the media narrative can also have an undue influence, leading to poor predictions. If looking at data and trends from the media space from social media memes to celebrity endorsements, political backers to mainstream media supporters, the election should have been in the bag for Clinton. The issue, just like Brexit was that the vast majority of people aren’t interested about being vocal in public about their political preferences. In scientific terms noisy data is meaningless data. For the election the media noise was the enemy of the truth. Commentators so wanted to believe what they heard from the loudest, they dismissed the majority who voted in silence.

During President-elect Trump’s victory speech, he stated something that also explains the failures of experts to predict his win. He stated “ours was not a campaign, but rather an incredible and great movement”. This is important, because the movement he speaks of is part of a global pattern and growing narrative towards greater self-control within borders. The concept of a movement, rather than an election, mirrors the Brexit narrative that voters had a ‘one and only chance to make a difference’. It positioned the vote as an historic moment. Not recognising the impact of global trends meant that looking at the US election data in isolation caused failures in spotting the wider context and pattern of behaviour that in the future has potential to impact democracy across the world.

The most important part of any scientific experiment is the ability to apply the same factors to reproduce and repeat the same results. What this election indicates, when referenced with Brexit, is that there are several new factors at play. Democracy is changing, which means campaigners and pollsters need to redefine the new parameters for how we measure elections and, perhaps, the democratic process itself.

Lessons for the communications industry

For the communications industry, the outcry around the failure to predict the election results has shone a light on a wider PR issue. Over the past few years there has been a growing, almost obsessive fixation on data as a way to prove the importance of PR.

Despite their vast differences, terms such as big data, analytics and insights have been used interchangeably by executives across the industry in an attempt to affirm their credentials and relevancy. As clients begin to expect that their PR agencies really can deliver and ask for greater accuracy predicting business outcomes, some in the industry may find they aren’t as prepared as they thought. Some may come to find that data can be a cruel ally; especially those agencies using data as a bandwagon without fully appreciating the power it wields.

So as the politicos and pollsters regroup to decipher what went wrong, the PR industry would be well-advised to join them, because Brexit and the US presidential election just changed the game for us all.