Please refer to our Privacy Policy for important information on the use of cookies. By continuing to use this website, you agree to this.
Home Latest Davos: Edelman Wants PR To Shift From Advocacy To Education In Fake News Era 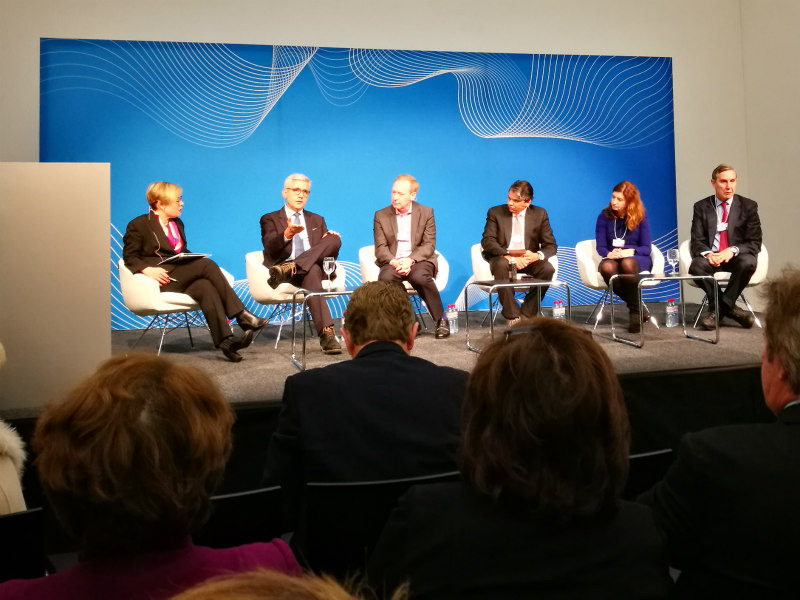 "Silence is not an option" for corporate leaders according to Davos CEO panel, as people question the nature of truth.

DAVOS — Public relations should play a 'fundamental' role in stemming the tide of fake news, heard delegates today at Edelman's Trust Barometer panel at the World Economic Forum in Davos, with companies urged to recognise that "silence is not an option".

Discussing the 2018 Trust Barometer findings, which include serious concerns about fake news and media, along with an implosion of trust in the US, Richard Edelman said that "for the PR business I’m going to push to move our work from advocacy/lobbying to information."

"We’re going to talk about the good things and the bad things," added Edelman of his firm's work. "If the goal is an educated population, PR actually has to play a fundamental role."

However, Edelman also pointed out that public relations is only as good as its clients, which need to take a more proactive role in the fake news era. "I urge you all to recognise that silence is just not an option. You have a lot of other people out there taking advantage of your good-natured behaviour. Every company here should consider itself a media company."

That requirement is accentuated, explained Edelman, by the shifts recorded in this year's Trust Barometer research, which he characterised as the "age of disinformation". Specifically, Edelman noted that the previous trend towards dispersion of authority has been reversed in favour of experts and CEOs, and that the most trusted institution is the employer.

In addition, said Edelman, trust is no longer linked to a major event like the Fukushima nuclear accident or GNP growth. Instead, there is a general fear of disinformation that is undermining discourse and decision-making.

"I don’t think there’s ever been a more scary time for truth," continued Edelman. "We’ve got to get the conversation back to rational, away from emotional."

In the ensuing panel discussion, FT managing editor Gillian Tett said that "people are actually looking for authentic voices" rather than the "CEO hiding behind a phalanx of PR officers."

That much became clear to Microsoft president Brad Smith after the election of President Trump. "Our number one audience for everything we say externally is our employees. One of the things that struck me is the anxiety of employees who want to see us speak more quickly."

Typically, pointed out Tett, most technology companies have shied away from discussing politics. But the prospect of a 'Trump tweet' has "ripped up many of the rules of traditional corporate communications."

Edelman, meanwhile, advised corporates to frame any response within economic and community priorities. "First, don’t take the man on as the man," he said. "Take the administration on. Make your case in a way that is understandable as an economic priority and good for the community."

Regardless, Edelman cautioned companies from assuming that information is flowing via traditional channels. "I just think we haven’t cottoned to the essential problem here," he said. "50% of people have signed off on mainstream media. They are differently informed. Companies have to be adept and move."