Please refer to our Privacy Policy for important information on the use of cookies. By continuing to use this website, you agree to this.
Home Latest DC Communicators Not Seeing A Return To Normal In Midterms 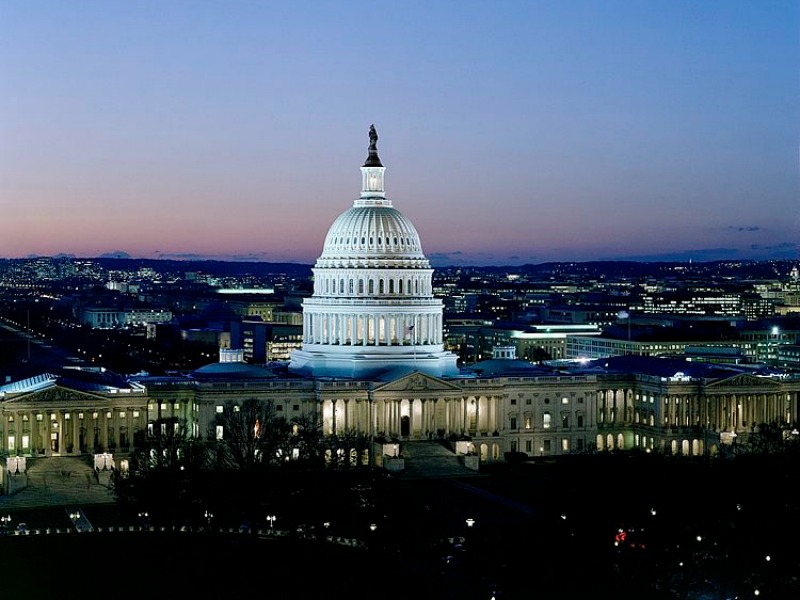 DC Communicators Not Seeing A Return To Normal In Midterms

Communicators charged with working their way through Washington say they expect mounting challenges regardless of whether or not Democrats take the House.

WASHINGTON — With the battle for Congress down to the wire, Beltway communicators, having already weathered two years of tumult, are bracing for even more challenges being ushered in with Tuesday’s midterms — no matter which side gains control.

"This administration has turned everything on its head,” said APCO Worldwide managing director Bill Dalbec, adding that the tension and unpredictability of today’s Washington has upended DC communications alongside other conventions of political order.

“The idea that you can do your stakeholder mapping, and know where everyone is going to be, is out the window. (The current climate) is really forcing companies and trade associations and others to be more agile and adapt on the fly, try new things and constantly be reinventing themselves.”

Which is no easy lift, particularly given the conventions by which Washington communicators have long done business.

As recently as the last midterm election four years ago, PR professionals working on behalf of companies and industry, organizations and lobbies would be spending this time assessing and tailoring their messages to best resonate with whomever took charge. From there, they would also work their way through Capitol Hill to make sure they reached politicians, as well as the troves of aides and advisors who support them, with due impact.

And while communicators, some of whom spent up to a year finding their footing after Trump's election, are still going through some of that process, they do so knowing they could be on the brink of another round of unexpected results in which the traditional modes of doing business are ineffective.

Compounding the issue is that the people charged with doing that work won't have much time to get their bearings — nor wiggle room for mistakes. Between social media and being chastised by President Trump, Washington has the power to pummel companies' reputations in a flash.

Business could face having to navigate the intricacies of increased oversight and regulation — and all the communications challenges that come with it —should Democrats take control of the House as expected. Closer scrutiny around issues like gender and LGBTQ equality, diversity and inclusion and the environment is likely to ensue.

In turn, that requires organizations to shore up their operations by addressing vulnerabilities, as well as the way they handle communications around hot-button issues to reduce the risk of attack.

“Since the issues have become more divisive, (organizations) need to work harder to get their point across,” said SKDKnickerbocker partner Hilary Rosen. “The stakes have gotten higher from both sides.”

All of which means organizations that have managed to remain relatively under the radar during the first half of the Trump administration, as well as those that purposely distanced themselves from it, may have to get back into the groove of Washington, which stands to get even more cantankerous as we move next onto presidential electioneering.

Industry watchers say cutting through the rancor is going to require communicators across sectors to look at a full-scale revamp in the way they get their messages to resonate in Washington, starting with the acknowledgement that, at least at this point, there is no new normal.

“What’s important in evaluating one’s team is looking at whether they have the experience with this target audience,” said Jim Papa, who heads Global Strategy Group’s Washington office.  “Smart companies are assessing issues and vulnerabilities … and assessing their teams for whether they have the right communications support to manage what could be coming soon out of Capitol Hill.”

Given today’s breakneck speed and contentious nature of changing whims, and Washington comings-and-goings, communicators are also going to have to be on constant watch for changes in personnel as well as politics. “One of the challenges that communicators have in talking to Washington is that it’s a different landscape and playing field and a lot more due diligence and homework needs to be done to be effective,” Dalbec said.

And, much like their consumer-focused brethren have had to do, Washington communicators are going to have to expand the channels by which they reach the people who have politicians’ ears. Like the general public, they are just as likely to get pertinent information via a podcast as a story in the Washington Post.

Also, like colleagues serving other sectors, those targeting Washington would benefit from ramping up their use of leveraging data and analytics to evaluate what is or isn’t working, and having the wherewithal to dial it up, roll it back or retarget.

Yet, while industries, particularly heavily regulated ones like healthcare, financial services and trade, are inextricably linked to government, business has hardly been waiting on the sidelines for Washington to regroup.

Not only have they purposely detached themselves from the Trump administration, business leaders over the last two years also have stepped up to fill the void in leadership caused by the acrimony — rallying around immigrants and athlete protesters, helping communities devastated by events like hurricanes and taking unprecedented actions such as cutting ties with the NRA.

During a recent trip talking to stakeholders around the country, Dalbec said he saw evidence that the leadership role companies are taking does make a difference to communities, particularly those that are directly impacted by corporate activism.

“There are a lot of people in the Midwest and the South still trying to recover from the recession, and haven’t seen a lot of good things. So now to see companies that are able to help them and respond in their local communities is something they are looking for,” Dalbec said. “There is recognition that companies do have the ability to shape the narrative.”